“What is meant to happen, happens. No one has any control over it. So it’s better to just be happy, isn’t it?” 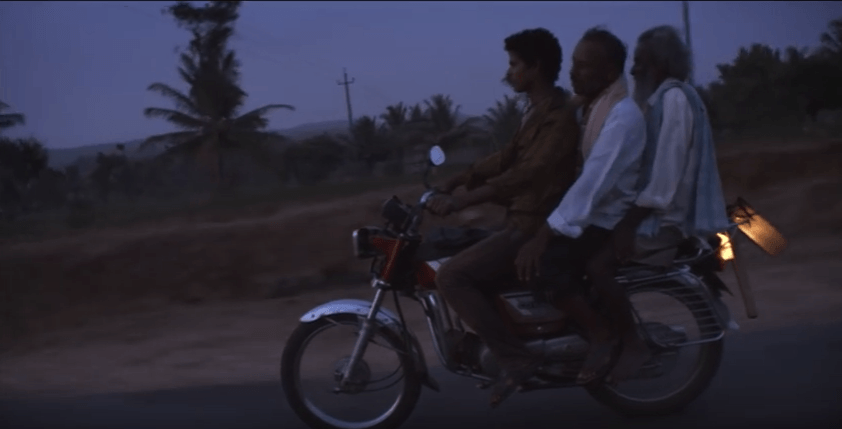 Raam Reddy’s Thithi opens on Century Gowda (Singri Gowda), an elderly patriarch who derives the fancy name ‘Century’, because of his longevity of more than a 100 years, who is seen sitting on a stoop and trolling every local passerby. Reddy’s camera stays still on him studying the peculiarity of the character and giving enough breathing space to make him rise above just a punchline introductory character, while an incessant spiteful monologue continues which is jocular but grating. Suddenly, he drops dead while relieving himself , and sets the film in motion that apparently has dark humor which organically flourishes into a dramedy of three generations of the ‘Gowda’ clan (son, grandson, and great-grandson).

Thithi packs a ton of such amusing characters embroiled in a volcanic familial turmoil which share the same gene as Anurag Kashyap’s styled characters minus the violent urges. The narration is funny, whimsical, and flows effortlessly out the screen.

Reddy let all the three principal characters grow on their own virtues, rather than manipulating them for mere dramatic pleasure. The plot centers around the three men of Gowda family whose lives take bittersweet turns and twists while elaborately planning for ‘Thithi’ (Funeral feast on 11th day). To pay for ‘Thithi’ and pay off his debts, Century’s grandson, Thammana devises a plan that involves bribery, forgery, and tossing his own father, Gadappa (Son of Century), out of the village for at least 6 months by luring him into a country wide trip. Thammana may seems greedy and materialistic, but he comes as the most rational character on the screen and you empathize with him.

Gadappa, on the other hand, is non-materialistic, aloof and an obsessive ‘Tiger Brandy’ drinker who wanders around the village looking for his own space. He is unmoved by his father’s death and says, “It’s fine, No big deal.” Until, in one of the most powerful monologue, Gadappa casually, like a tale, reveals the reason of his asperity towards his family. 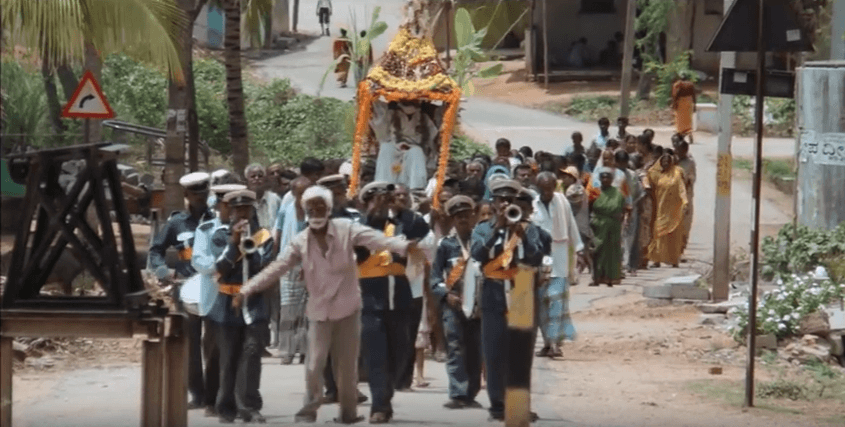 The only problem, which of course I am nitpicking, I see is with the half baked, sloppy subplot of Abhi (Great grand son of Century Gowda ). Teenage Abhi is less concerned with the ongoing madness in his village, and he courts a pretty shepherdess. Now, the subplot of Abhi reflects perfectly the temperament of a teenager and is well written, except for one cringe worthy, and basically unnecessary sex scene (because you don’t see anything but just get to hear the moaning sounds), but never adds any value to central conflict. It never gels organically with the whole cynical madness of the villager’s preparation for ‘Thithi’.

Even the climactic confrontation between Thammana and Gadappa ends on an uncomplicated note, conveniently paving a path for an easy reconciliation given their contrasting ideologies that earlier generate insurmountable heat. But, Reddy has microscopic views of his characters which are originated from the roots of South Indian villages , and they fill up the screen with such honest performances in-spite of the cast being comprised of non-professional actors(except for two), that the lack of a more complex resolution to the story’s conflicts seems less of an offence. They are real, and they seem to not follow any script, rather real characters reacting and following their head and mind (if any).

Ponniyin Selvan: Part I (2022) Movie Ending, Explained – Who is the woman with white hair?