Images hold so much power in their folds that they can move people to an unimaginable extent. The fact that images from a war-ravaged country can not only make you sick to the bone but also make you angry and anxious for people you don’t know, reminds us now and again that film is as important a medium as anything else. In Janek Ambros’ 6-minute short film ‘Ukrainians in Exile,’ we don’t really see a whole lot of images of the catastrophic invasion or the downfall of the cities, but images of the consequence of the attack. The fact that even those manage to hit you hard, making you realize the urgency of the situation and the gravity of the whole conflict in this fast-moving, internet-crazed world. If not for anything, it is a testament to director Ambros’ talent.

Produced by Academy Award-winning Polish cinematographer Janusz Kamiński, ‘Ukrainians in Exile’ is narrated by Anya (the name is used as a proxy for a Ukrainian woman who chose to stay anonymous) talking about the loss of her homeland to the Russian invasion. Her face is never shown, and neither is the innumerable impact that the inhuman conflict had on her personal life. Instead, her trauma and plea are captured over images that director Ambros managed to take when he headed to the Polish/Ukrainian border after the news of the invasion broke out. The images that we see in the short are not exactly distressing, but the anxiety that these people, who have to flee their own country in order to be in a safer space is visible, and the film manages to make it feel palpable. 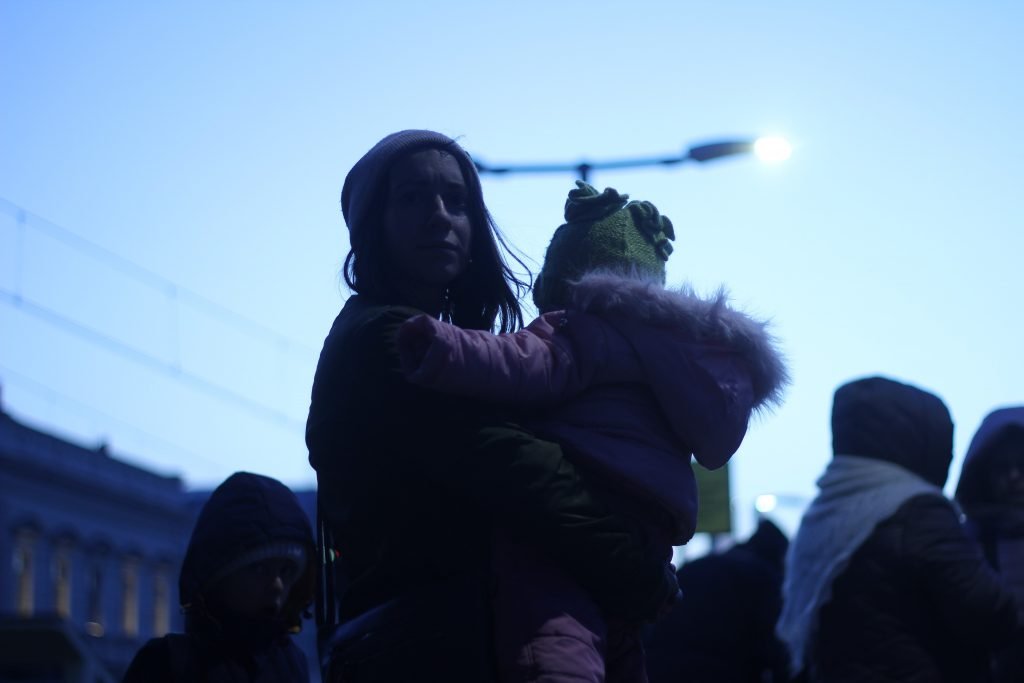 In more ways than one, Ukrainians in Exile reiterates the fact that Ambros’ is an excellent editor. Pretty much like his previous works like Imminent Threat, Money Fasicaim, and Some Sort of Acid & Mondo Hollywoodland, the way he structures the short into one whole, i.e including images of the past & present, while letting Anya’s narration takes control of the gentle, necessary plea to the world, makes the short much more powerful that it is supposed to be. Sure, the briefness of the film doesn’t allow more essential geo-political subtexts to seep in, but if the main aim was to develop a bout of empathy in the people around the world, then I think it does its job well.

Anya’s narration slowly but gradually lets us into the inhuman consequences of the German invasion and clearly leads us into realizing that this act of War isn’t just a fight for power, but a crime committed against the bystanders. ‘Ukrainians in Exile’ is an urgent and necessary look at one of the greatest tragedies in the world, and all it aims to do is for you to sit up and take notice and not just forget about it like the ever-changing news feed on your favorite social media platforms.