A simple premise executed in a very sophisticated fashion, Village of the Damned is a smartly scripted & aptly narrated sci-fi horror that comes enveloped with a sinister vibe from its opening moments, and is a downright spooky chiller that has effectively managed to stand the test of time over the years.

The story of Village of the Damned takes place in a quiet little English village called Midwich where one day all the inhabitants are mysteriously incapacitated for few hours and later find out that every child-bearing woman in the community is pregnant. To make things even worse, children born out of these pregnancies exhibit inhuman characteristics. 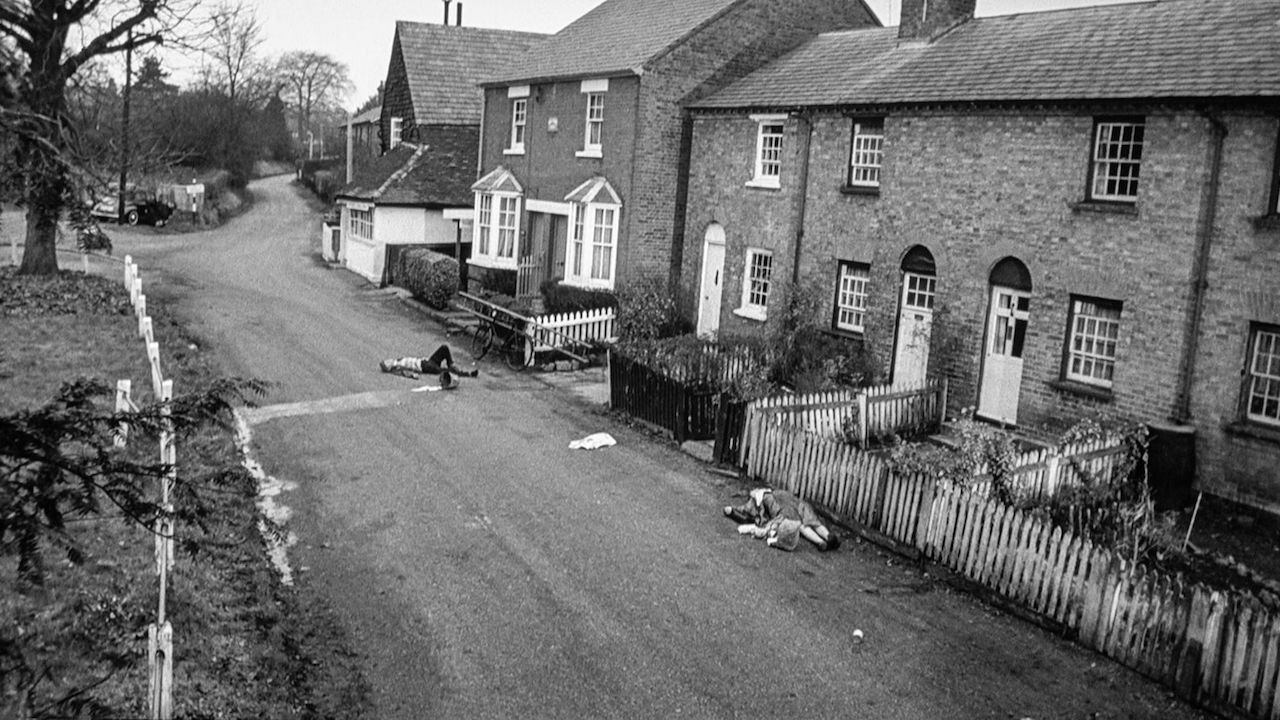 Directed by Wolf Rilla, the film opens with a wicked sequence that shows the entire Midwich population falling unconscious for no apparent reason and it sets the tone for the rest of the story while grabbing the viewers attention from the get-go. And with an air of mystery already instilled, the plot only gets more intriguing & interesting as it progresses.

Showcasing terrific restraint in his direction, Rilla keeps things simple & to the point from beginning to end, and never tries to go overboard in his attempt to frighten his audience. The events play out at a relaxed pace, characters are more or less compelling, build up is taut & effective, plus there is an eerie quality to it that permeates almost every frame.

The small-town community proves to be an ideal setting, for it allows the horror to unfurl in isolation. Camerawork is concise & controlled. The black-n-white imagery is crisp throughout while lighting is a highlight in itself. Editing makes sure every moment is relevant to the plot and unfolds it at a steady pace. And the background score carries an uncanniness of its own that adds to the experience. 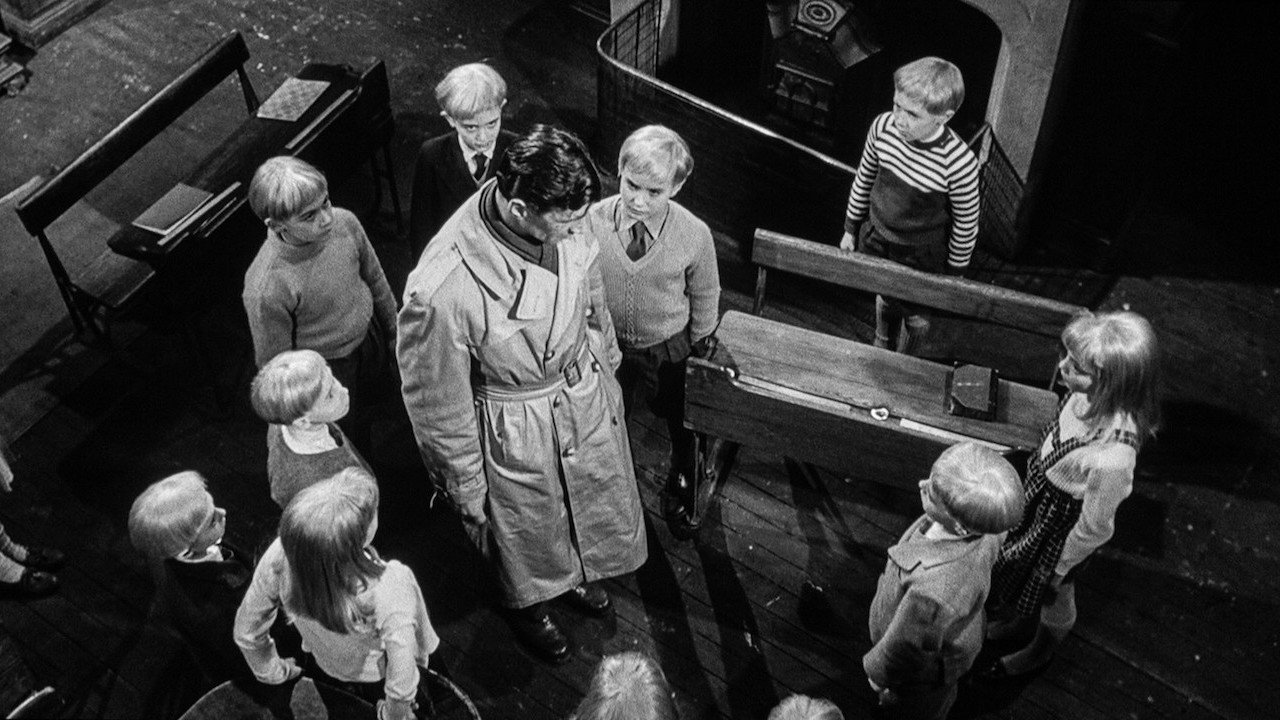 Coming to the performances, Village of the Damned features a fine cast in George Sanders, Barbara Shelley, Martin Stephens & Michael Gwynn, and they all chip in with fabulous inputs. Sanders is totally at ease with his character and plays his role with smooth comfort. The children are legitimately creepy, both in how they behave & communicate and them acting as a single unit makes them even more menacing.

On an overall scale, Village of the Damned is a masterwork of clever, composed & confident filmmaking, and is by all means a thoroughly gripping example of its genre. Apart from adding a sense of timelessness, the greyscale photography also helps in magnifying the horror aspects and with all the elements working in tandem, this film makes for an incredibly seamless & consistently riveting ride from the first frame to the last. Definitely recommended.