Men are faceless figures in Candian director Paul Barbeau’s English language debut “We Had it Coming.” Not that this is set in a dystopia (however, the bleak vision may hint otherwise), but it’s a conscious choice to show them as beasts, violent and suppressive. Giving them a face would be like giving them an agency in an otherwise bleak feminist tale where women are constantly shammed, victimized, and ostracized.

Take the film’s opening sequence for example. A woman wakes up with the buzzing of her phone, checks it to find a sex clip before putting on her heels and killing herself. One wishes that things lighten up in Barbeau’s film, but the opening sets up a tone that the director maintains almost throughout.

Related to We Had it Coming – ANIMALS [2017]: FANTASIA FILM FESTIVAL REVIEW

This sequence is closely followed by Anna (Natalie Krill), the victim’s sister meeting her lady lawyer about her sister’s suicide. The lawyer tells her that their case has run cold as there isn’t much of any proof against her sister’s pimp who Anna considers to be responsible for the deed. 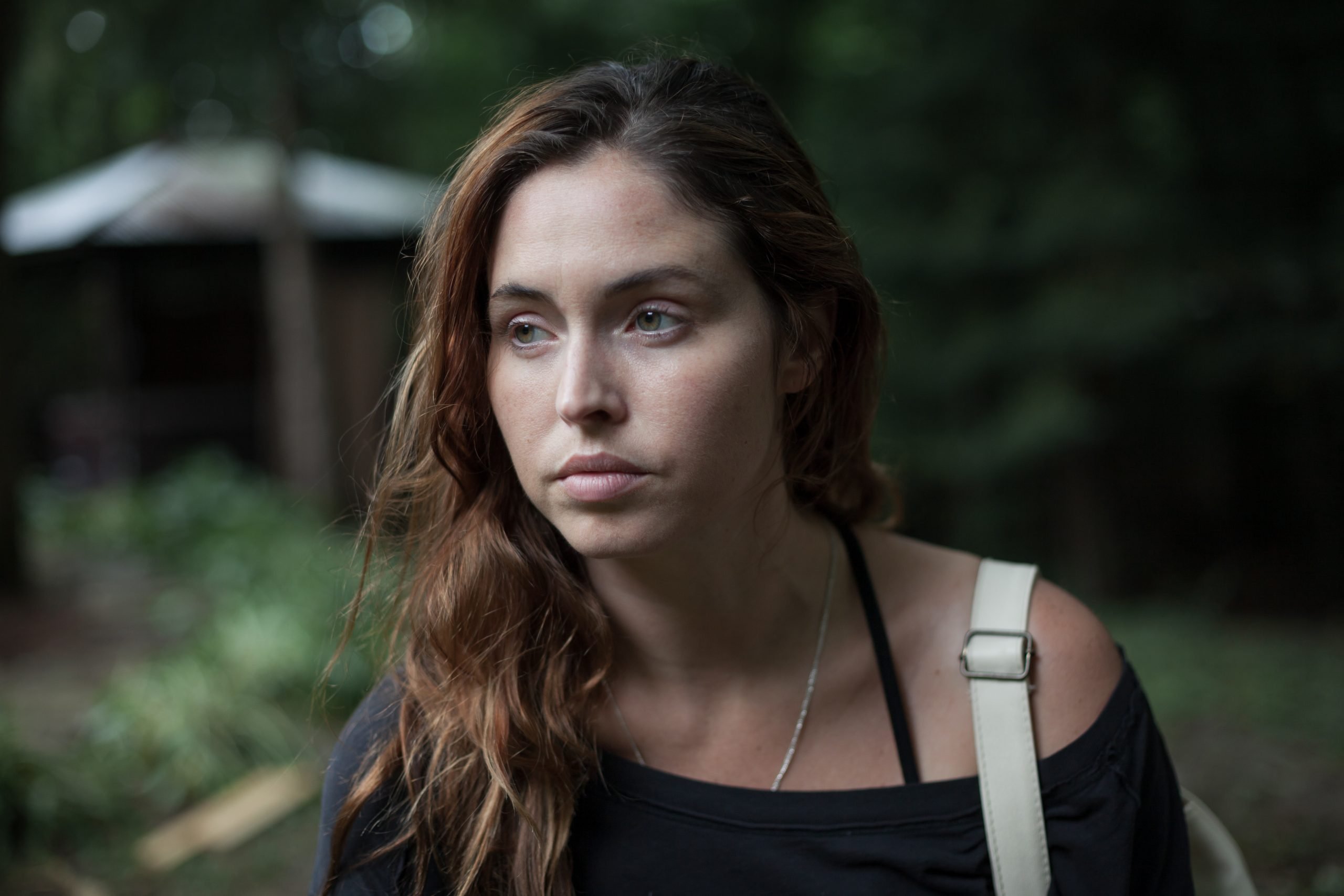 Soon enough, we see Anna taking things in her hands as she impulsively decides to drive out of the city to the dark underbelly of sex clubs, prostitution, drug peddling, human trafficking, and more. She is accompanied (reluctantly) by her lover Olivia (Alexia Fast) who is just trying to help her out with finding more clues; totally oblivious of the fact that she plans to kill the guy.

There’s also a subplot of a woman who is presently trapped under the wing of the guy responsible for Anna’s sister’s death. This woman is shown as someone who has accepted her fate and abusive life. She peddles the pimp’s work and is now also responsible for recruiting new women who he could coerce into submission.

The real rifts in the film’s progression occur when Anna and Olivia start having fights within themselves. Their relationship falters because Anna has now decided her aim in life and the restlessness in her livelihood is creating a vacuum within them. The other woman who lives with the pimp is also developing some sort of empathy for the woman she is forced to bring under his wing and she is trying to break free.

With “We Had it Coming”, Paul Barbeau is not eager to show both sides of the coin. His mostly feminist gaze carefully builds up men as demons and beasts. We don’t see the pimp’s face even for a second but we are enraged by his presence. The same can be said about the shadowy, cowboy figure that lurks around countryside gas stations and darkened alleys waiting to rape women the first chance he gets.

This is a very bleak representation of a suppressing patriarchial society that procures their anger onto the opposite gender. While it doesn’t feel all that far-fetched; knowing how the situations portrayed in the film can be found in pretty much every other country these days, the way Barbeau shoots his film provides no room for distinctive thought. While using the narrative of suppressed women as an allegory is valid, giving men no agency whatsoever (even if it is to represent a feminist stance) feels pretty dire and drastic. 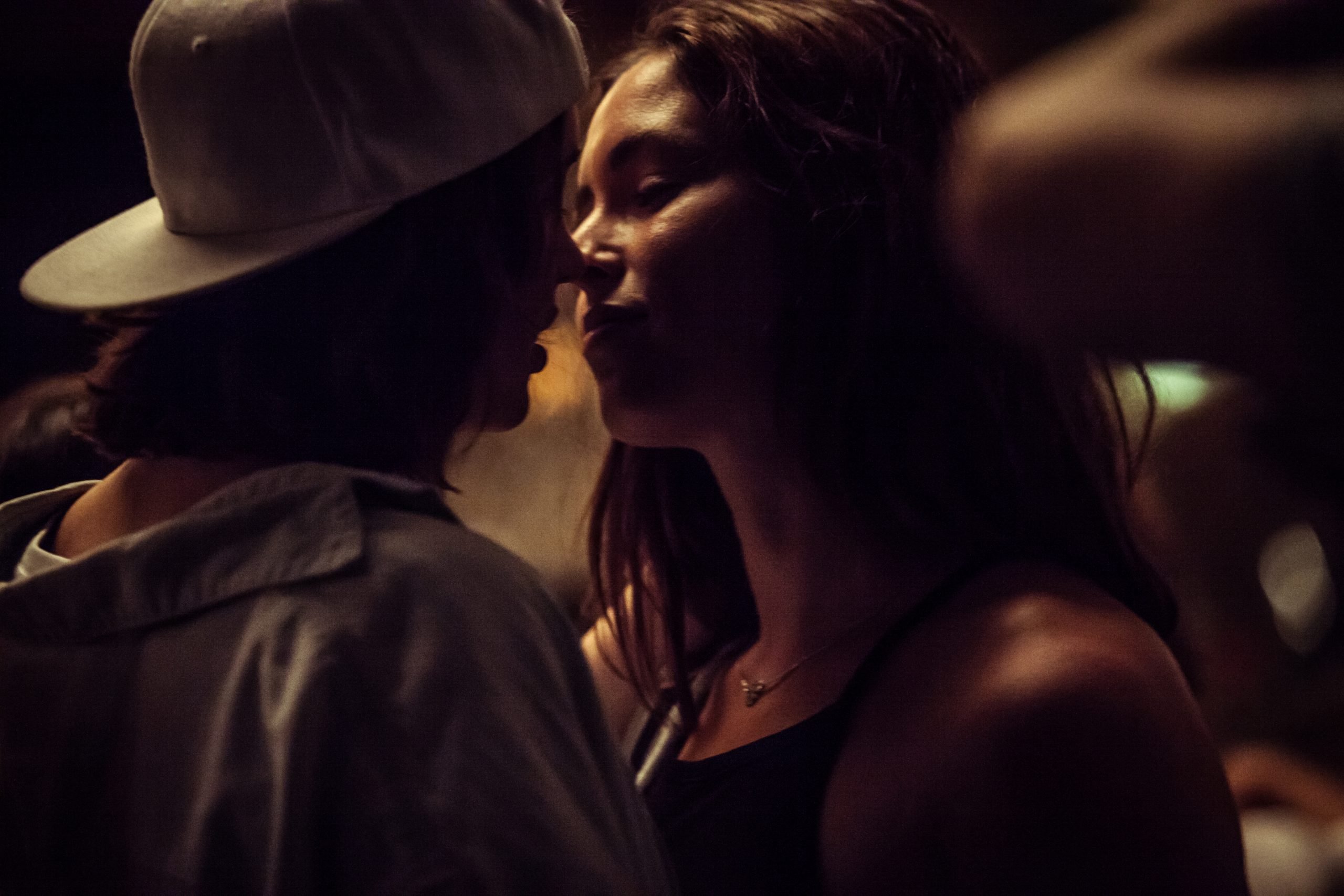 It also doesn’t help that the acting is pretty serviceable with little to no character work by the director and the actors. In spite of spending a whole lot of time with Anna, we don’t really know her. We don’t understand her motivations, especially when she is not tracking down the pimp (which for some reason takes up a whole lot of the runtime). The only memorable turn here comes from Erin Agostino – the woman who plays the recruiter for the pimp. Even though we don’t see much of her, Agostino makes sure that she imbibes her character with a sort of complexity. It’s only sad that Barbeau eventually leaves her ashtray and the impact is kinda diluted with the suddenness.

We Had it Coming is a good-looking film. The shots are composed really well, but it meanders so much that the bleakness it conjures up feels futile by the time it ends. It is especially disappointing because Barbeau’s male gaze doesn’t affect the film. But it also doesn’t do anything exceptional with it.

We Had It Coming Links – IMDb
We Had it Coming Cast – Natalie Krill, Alexia Fast, Erin Agostino

10 Classic Black and White Horror Films That Still Hold Up

The 10 Best James Bond Movies of All Time