The deafening silence of the mute protagonist echoes the rampant corruption and conservatism of China that has slowly snipped the light of hope away from the working class, pushed them in deep darkness, the pitch black of a coal mine deep within the womb of earth with no light and no comfort, a black that even absorbs hope. Set amidst the backdrop of the dead mountains of Baotou, an industrial city in Mongolia, where the intense mining of natural mineral resources has transformed the mountainside pasturelands into an inhospitable, dry & lifeless desert, a wasteland.

Xin Yukun’s “Wrath of Silence” is a gritty romanticism of apathetic condition of the labour class in North China who are exploited by their own people, who climbed up to efficacious dominance by corruption & deception, and alarming state of industrialization leaving a permanent scar on nature and working class people. An ingenious work of craft across the board that feels like classic cross between two powerful Chinese films of the century, ‘A Touch of Sin’ and ‘Behemoth’, Wrath of Silence covers a broader spectrum of precarious social and political state draped in neat, slow-burning Western thriller, that centres around the ethos of human suffering across the strata. 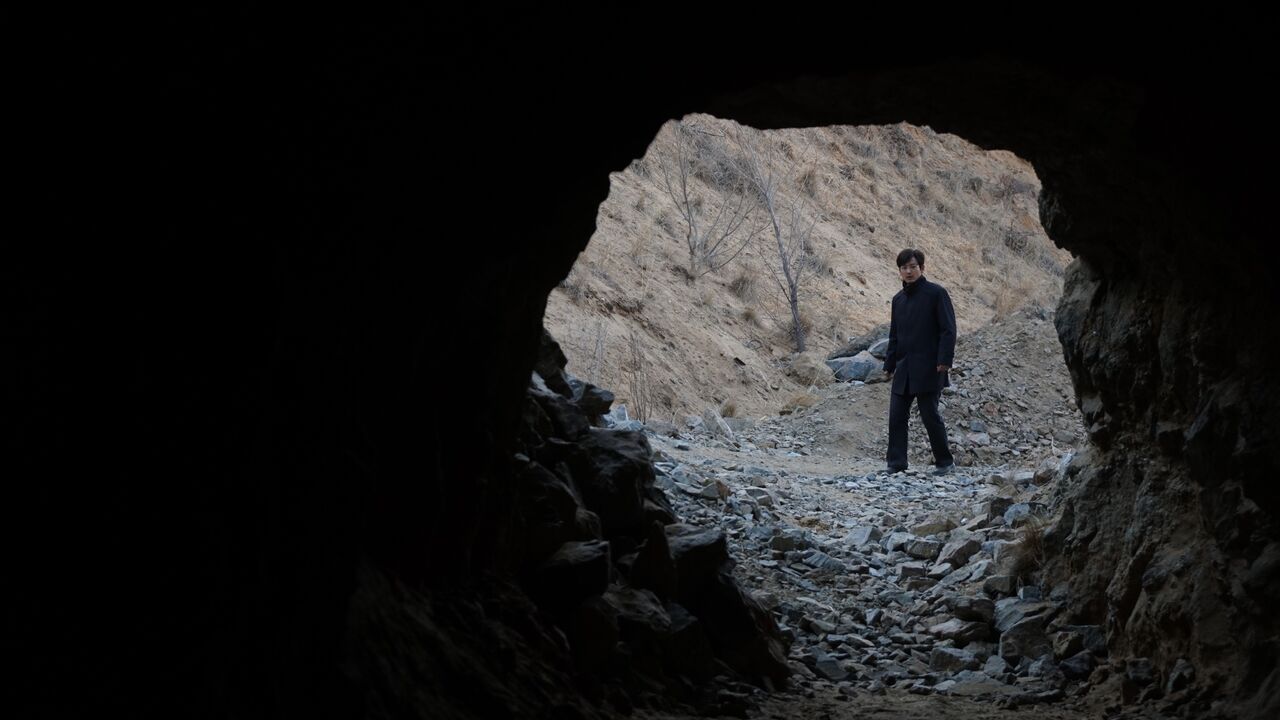 Baomin (played remarkably by Song Yang), a mute coal miner buried in debts, who gets into a brawl at the drop of hat, returns to his village when his son goes missing. The Local police authority or what passes for it is ineffective and unconcerned. While Baomin searches the vast, bleak deserted land for his missing son, his agitated wife, with no mean to console herself indulges in spiritual tricks to find her son. Cinematographer He Shan harrowingly captures the distraught emotion of a father in long shots, when we see him helplessly meandering in no man’s land with no respite and no clue to follow.

While Baomin gets entangled in another mine wrangle and suspects that the mine’s owner, Chang Wannian (played by Jiang),  might be involved in his son’s disappearance. Chang is a classic textbook villain, an opportunist, a brutal landowner and a corrupt blackmailer. He is often shown smoking cigars or eating lamb meat while a meat slicer whirls in the background, his cold eyes and calm demeanour make him seem even more sinister and would have a proverbial chill run down on the spectator’s spine. Embroiled in the legal issue, he blackmails lawyer – Xu Wenjie (Yuan Wenkang), who seems to possess a crucial piece of evidence. Xu Wenjie, a middle class despondent married man, abandoned by his wife, gets lured into the abyss of corruption, and so the remarkable tale of crime and corruption unfolds amidst the spanning mountainous wasteland of Baotou.

Xin Yukun achieves the remarkable feat of sketching three contrasting characters and giving each of them enough breathing room to evolve, and providing the audience with an opportunity to root for or against them. He beautifully illustrates how the discriminatory division of Chinese economy has given incessant rise to social inequality. Melding spine-chilling images and trance-inducing eerie sound design, courtesy of composition by Sylvian Wang, Wrath of Silence howls loudly of the exploitation of Chinese labour class & natural resources and its incorrigible ramification that escalates to top of the echelon. Wrath of Silence ends with the woman wailing and the collapse of a coal mine by an explosion right behind our protagonist. Perhaps a warning to us that we are descending into the beginning of the end of civilization.