On the face of it, The Return is a simplistic, temporary fabric from the lives of ordinary adoptees seeking their biological parents in Korea. It is Malene Choi's craftsmanship, in a stellar debut, though, which makes this low-budget high-concept indie so much more. Probably one of the best movies of the year.

The Return’s premiere this year at the New York Film Festival – the Korean film’s sixth festival screening in what has turned out to be an immense triumph for this arthouse feature. Malene Choi’s debut is a deliberative and enriching experience revolving around two Danish adoptees who return to Korea in search of their birth parents. The film is Choi’s debut, previously making rounds with the acclaimed short documentary feature, Søster Palsang Amor in 2004. Choi’s story comes to life through a renting place that houses immigrants from all over the world who are Korean by birth and come to their homeland to reunite with the same people who gave them away. The narrative quickly identifies the protagonists; Karoline and Thomas, who bond, ironically, over their Danish heritage and upbringing and strike a friendship. The two then begin the search for their parents, being partially successful.

The whole concept of the film hinges on this bizarre notion of finding profound joy in the face of adversity and misery. It is admirable how Choi concentrates broken souls who have soldiered on in life in one fine home and seek solace in the reason of finding the culprits of their despair. The house is symbolic of the global outcry for sheltering innocent children who find themselves in their circumstances through no fault of their own. And Choi makes sure it is utilized as a narrative tool in the story. A recurring motif throughout the film is the control, or thereby lack of, we have over time. Through its meddled timeline, there are scenes which are empty one minute and filled with characters the next, which are pleasantly impressive and imaginative. It is almost how something happens to us in a moment, and the next it is gone. All that remains are faded memories and the urge to travel back to those beautiful moments and cling on to them with tight, relentless fists. This also reminds us of our temporary presence and transient role that we play in life. We are replaced, sometimes by our children, the others by silent and empty spaces and life goes on. Choi shows immense maturity and courage in handling the story and certainly the way she brings it to life. The small story about Hanusa, the color of heaven, and how she fills up the other world with color and life, akin to how an adopted child lights up an empty house is one of the minuscule stages that the director uses to amplify the emotional power of the movie. 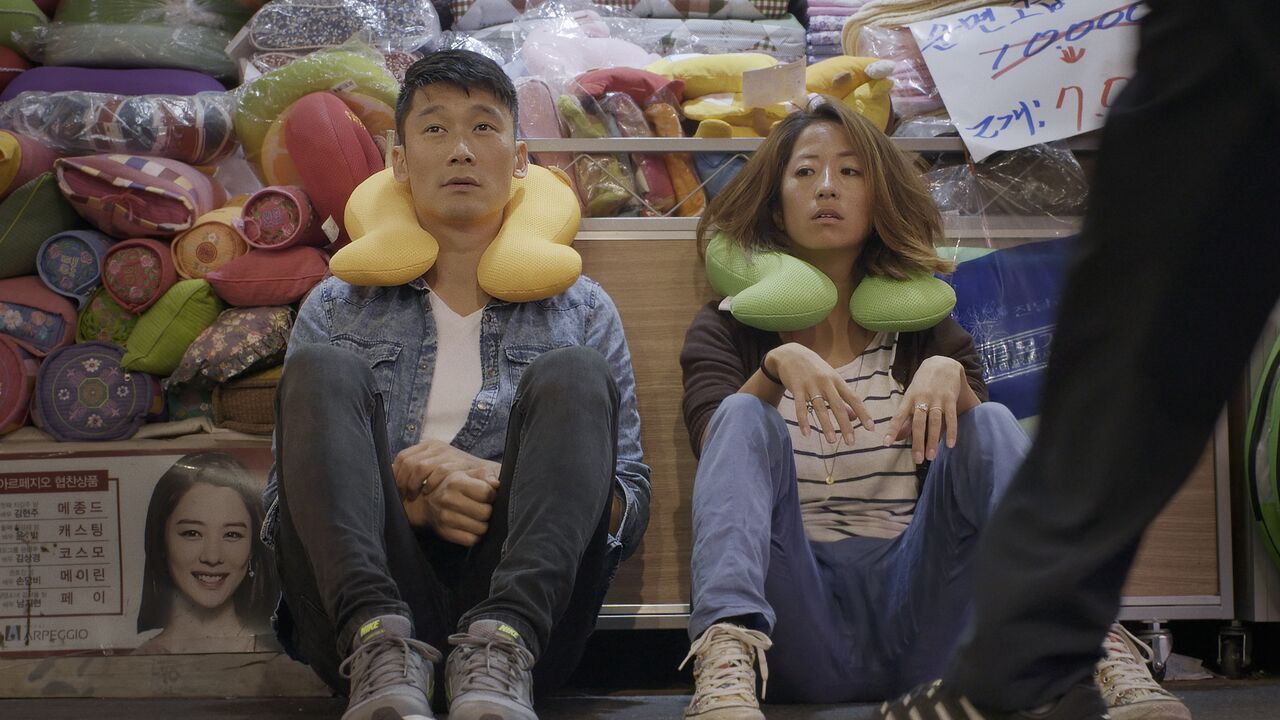 The story progresses with the search of Thomas’ mother complete. Karoline and a translator accompany the nervous toddler who recants into his shell and only comes out with the touch of his mother’s warm embrace. As they sit down to eat, the question that defines the movie, and countless adoptees around the world, is asked; what. And as it turns out, that defining moment is what elevates this movie to another level. It is so unique and humane in which the way Choi constructs the moment and how it is acted out. Instead of leading Thomas to make his birth mother feel culpable for giving him away and demanding an answer to what, he tries to understand the situation in which she had to give him away. In that touching moment, Thomas’ mother (Seong In-Ja) tries to elucidate the reason with nervous eyes that keep checking how he reacts at every word, with a palatable feeling of guilt and emotion of regret, and tells pretty much the story of her life: how she was impregnated as a teen; how her son was snatched away from her the moment he entered the world, not even giving her a moment to steal a look through her anguish and tired eyes; how she had to live without him, not knowing if he was alive. As far as the eight-minute thirty-four seconds long (yes, I counted) scene is concerned, I can recall it to be one of the best moments of cinema in recent memory and the beauty of that long shot was that Choi and the actors enable it to remain as far as it could from being perceived as acting or a performance.

After the meeting, the characters find themselves in disarray and isolated. There’s an elaborate, and aesthetically shot, scene for each character as they come to terms with the ghosts of their pasts and the reality of their present. Karoline and Thomas part ways; the former going off to the island where her birth mother was last known to be alive; the latter in the house to be close to his mother. Karoline Lee gives a lifetime performance and shines in the conflicts and humility of her character. Even when in the background, Lee’s performance is nuanced and reigns supreme over other feeble challenges by the cast.

On the face of it, The Return is a simplistic, temporary fabric from the lives of ordinary adoptees seeking their biological parents in Korea. It is Malene Choi’s craftsmanship, in a stellar debut, though, which makes this low-budget high-concept indie so much more. Probably one of the best movies of the year.