Vikramaditya Motwane’s Trapped received a standing ovation at its Mumbai Film Festival premiere. Those who have seen it can’t stop raving about it. But if you’re thinking, ‘Hey, why should I fall for the false words of admiration by a bunch of wannabe critics?’ here are seven succinct reasons why you shouldn’t miss Trapped this Friday:

1. After the lavish period drama (Lootera), Motwane returns to grass-root indie grounds to tackle the genre rarely explored in Indian cinema. The film was shot within four weeks under a tight budget. Trapped is a tightly capped survival film that beautifully captures the spirit of indie filmmaking.

2. Trapped is a pretty basic survival film. It borrows inspiration from many recent survival thrillers without losing its originality. What makes it interesting though is the survival that goes beyond locked closets, coffins or even terrible forest terrains, right into the heart of the city that never sleeps – Mumbai. Trapped is about how alone one can be in the middle of the busiest city of the country.

3. Trapped is a one man-one location film. Rajkumar Rao is a white collar guy who moves to an apartment without OC certificate in hope to start afresh with his girlfriend. He beautifully portrays the physical and psychological struggle of a man who is trapped in an empty apartment without food, water and electricity. The supporting cast includes a rat, a roach, and a dead pigeon. 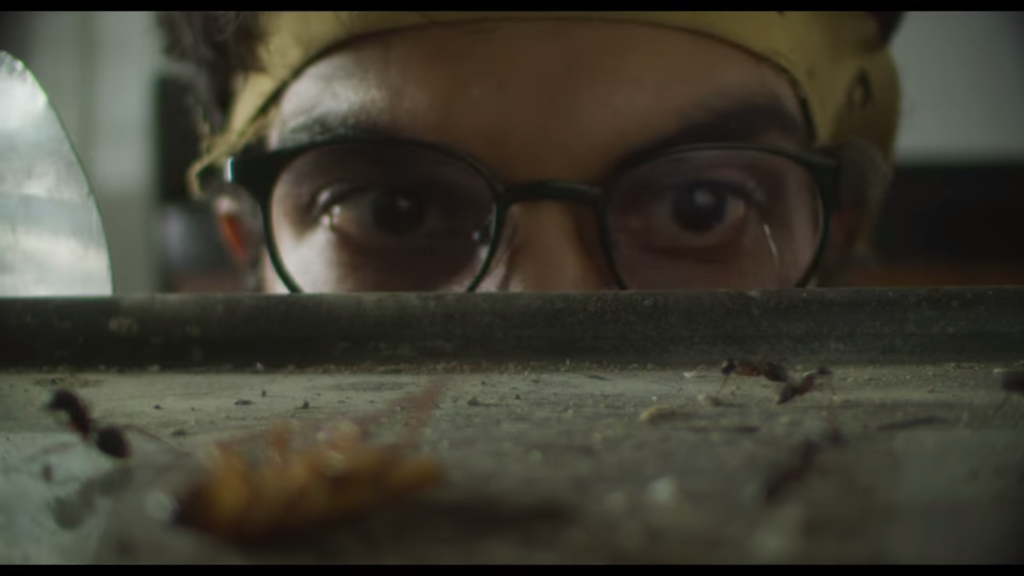 4. Motwane is in buzz for his upcoming superhero film titled Bhavesh Joshi, but in Trapped, his hero is the writer- Amit Joshi, not to mention his sidekick Hardik Mehta. Amit Joshi’s script is tight with no space for wrong measures.

5. The film taps into our primal fear of getting trapped. How far can one go to survive? Like any other survival film, here too the protagonist has ‘oops’ moment when he realizes that he is trapped. Motwane’s film doesn’t over-exaggerate anything and hence becomes more grounded and real. The struggle that Shaurya (ironically named so) goes through hence becomes a struggle worth cheering for.

6. Although the film is realistic, there are times when it gets nightmarish and almost surreal. Motwane has cleverly used flashbacks, dream sequences and hallucinations induced by starvation to depict the internal struggle of the protagonist.

7. Trapped is entertaining. Despite all the bloodshed and physical struggle, the film never gets sickening. It gets more thrilling with each passing second and keeps you on the edge of your seat (it’s set to release without interval) and features one of the best jokes on Veg v/s Non-veg debate.

HIT-The First Case (2022) Review: A Potent Thriller for Two Acts & a Pretentious One for the Third