Asghar Farhadi has honed a straightforward and simple cinematic language that is both elusively subtle for casual viewers to appreciate the nuances, and at the same time, psychologically complex & morally ambiguous to drain emotionally even the most passive viewer. The frenetic editing heightens the tension to a crescendo that you find yourself caught in a gathering storm. Farhadi’s narration requires the audience to trace the characters vicariously, engaging us to decide for ourselves what the characters really bring to the story. The Salesman is another testament of his auteur nuances.

The Salesman opens in an illuminated staged bedroom with lights on, and no walls surrounding it. Ironically, the lead characters – a middle-class couple- persistently try to build walls to hide their anguish, shame, exasperation when they face a life-altering violent event that leaves them scarred emotionally.

In the metaphorical opening scene, an apartment building quakes, the walls fracture, and the occupants evacuate hurriedly to save themselves. Among them are Emad (Shahab Hosseini) and Rana (Taraneh Alidoosti), two theater artists married to each other; the theater binding them into a mechanical life. They move to a safer place with the help of one of their co-actors in the theater. However, there is a small issue with the apartment – the previous tenant, a woman, refuses to come pick up her leftover stuff lying in the spare room until she finds her next apartment.

The looming shadow of the past follows Emad and Rana. While the couple is still adjusting to the new place, one night Rana while she’s in her apartment taking a shower, is attacked by a stranger  – presumably a client of the previous tenant, the woman who ran a ‘shady business’ as the neighbors allege. The violent accident (possibly a sexual assault), which is never divulged to anyone, not even Emad, draws the crack in the personality of both the individuals and also their relationship.

Asghar Farhadi has seamlessly bifurcated ‘The Salesman’ into the theatricality & realism, while juxtaposing them quite aesthetically. He draws theatricality from the couple currently preparing for Arthur Miller’s ‘Death of a Salesman.’ The titular salesman is Willy Loman who is considered to be one of the most tragic dramatic figures. Willy could not provide a good life for his family, and his vexation leads to mental degeneration.

Emad is caught in almost a similar fate. Emad’s male ego is challenged for his incompetence in protecting his wife. He does not wish to ask the dejected Rana about the incident. His inability to alleviate his wife’s pain and fear deepens the pensive drama, drawing out the intricacies of a trauma which is too painful to be discussed behind closed doors and among your closest family. His helplessness surfaces on the stage, during the play, when he deliberately improvises to vent his anger on his co-actor, and he starts unraveling himself, gradually pushing himself to Willy’s mental condition. His extreme behavior doesn’t stop just there. Concerning the clip of the film ‘The Cow’ shown in the class, he is practically shown turning into a Cow when he lashes out at one of the students in the class for recording him dozing off in class. 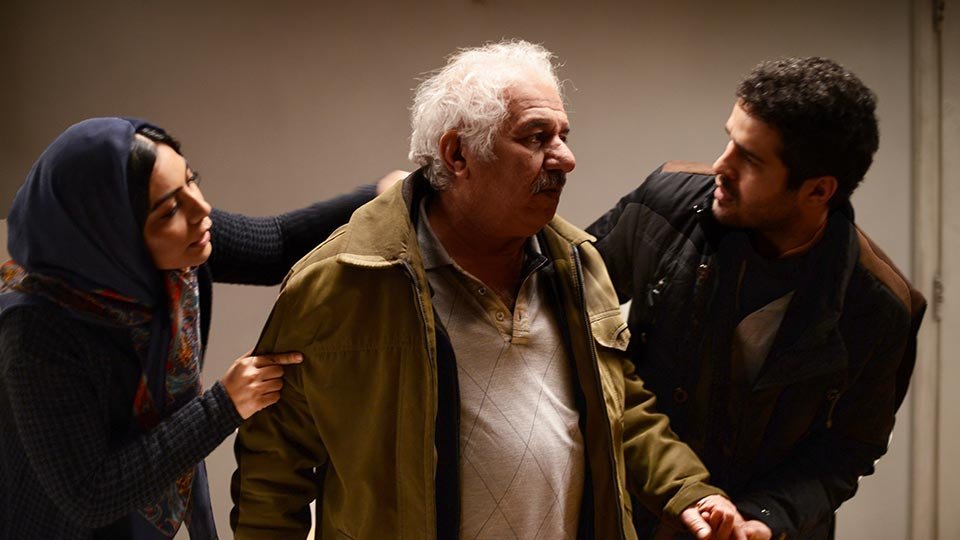 Rana refuses to report the attack on account of its severity and the sexual nature, which further restrains her to reveal the details of it to anyone, not even his husband. Though she shows more control over her emotions than the frenzied Emad, she is afraid to be alone, her depression completely engulfing her strength. Emad’s persistent efforts to search for her culprit do not allow Rana to experience her grief. The bitterness plagues their relationship, where Emad is looking for closure that can be attained by nailing the perpetrator, but Rana implicitly wanting to forget everything and move on, has already built walls to protect her side of the story.

By the time ‘The Salesman’ reaches its third act, the revelation of the violator ceases to be significant. The question is something far graver, and of emotional intrigue. The attacker – Naser (played impeccably by Babak Karimi) is not your everyday sexual predator charged with hormonal overtones. He is just like every other human, who impulsively gives in to temptation. His aging lines and weary eyes depict his intense remorse. His piercing eyes begging for forgiveness melt the vengeful Emad who suddenly turns vulnerable. Farhadi has such command over his writing that within minutes, he compels our conscious humane values to root for Naser, the offender, and the helpless Emad becomes the villain, while constantly pitying the grieving Rana who fights for the forgiveness of her violator.

‘The Salesman’ is a thickly layered drama bolstered with typical Farhadi’s moral and social ambiguity, and its implication on human relationships. The minute detailing of the film that may not be perceivable by the audience who are still emotionally invested in the ongoing mystery, renders the film profound depth about the socio-cultural state of Iran. Asghar Farhadi, in a deceiving and subtle manner, takes a jibe at the Censorship in Iran.