“A FANTASTIC WOMAN” AND THE FOREIGN LANGUAGE OF LOVE

All languages are equal but some languages are more equal than other languages. Each of them are bound by definite vocabularies and in some communities, the vocabulary is not large enough to accommodate or represent all the feelings possible for a human being. Meanings start changing when you borrow a word from a dead language, and try to use it on your own and the resultant are misunderstandings, miscommunication. We always have something to say which comes out as something else. The Greek word for “return” is nostos and algos means “suffering.” So nostalgia is the suffering caused by an unappeased yearning to return. While the corresponding word for nostalgia in Portuguese is saudade, a deep emotional state or a profound melancholic longing for an absent something or someone that one loves. The Icelandic have a different term for the specific longing for one’s homeland: heimpra. And the Czech have made an expression of love out of it: styska se mi po tobe which means “I am nostalgic for you”,I am yearning for you, I cannot bear the pain of your absence. In English, it is only used while talking about the past or our childhood.When our device of expression and comprehension could be so variant, so developed in some parts of the world and so redundant in others, so significantly altered while transition and so evidently lost in the translation, no wonder the concept of relationships can be so varied across cultures.

But “A Fantastic Woman” made an Indian like me feel like I have always lived in the Chilean city of Santiago. Nothing feels foreign about the film, not even the language of the body of the lead. She is just like me, another person who cannot make sense of the skin she wears, another person whose private moments of tragedy are interrupted by social externalities such that you need to provide an introduction of who you are, an explanation of what you are, even when all that you are asking from the world is a small dark corner to cry your heart out. The world is a hierarchy where you are positioned according to how much of a man you are. If you are not a man, but a woman(a breed of castrated males according to the idolized Sigmund Freud), you come second. Third, if you are a woman who dares to love another woman, with no space for intrusion of a man in the relationship. Worse, if you are a man trying to kiss another man because then, you are shamelessly volunteering you would do your own laundry and clean your own kitchen, and last if you are none of these but in between, because then even your status as a person is held with scepticism. In the race for individuality and acceptance by neighbours, love bleeds a slow, cancerous death. Sex with a person who were born with their gender is termed love-making, but sex with a person who has made a choice in it, is prostitution. An unnatural event which needs to be brought to the court. An animalistic sin which needs exorcism and purgatory. A crime bigger than racism, an insufficiency or irresponsibility.

The film starts with a scene of Marina Vidal’s lover receiving a massage, but it’s not the kind of massage which relaxes you. The frame shows things slower than they are as if the moment is decelerating; sadness often makes us feel time more intensely. The love that Marina and Orlando share is shown to be the simplest of its kind. Not cis or trans, not short term or long term, just the most spontaneous and natural thing that can happen between two hearts that resonate. But none of the greatest love stories have ever survived without being surveyed by the “well-wishers”.Your happiness is often the subject of scrutiny and bewilderment by the unhappy people who surround you. In my life, none of the casual relationships have ever felt any different from the long-term ones which have the halo of promises around them; similar in intimacy, similar in honesty. All that makes a short term different from a long term, are the circumstances. But even then, the confrontation on eternity apparently changes everything. As if eternity was ever anything substantial or scientific. As if eternity is even in the nature of life. I thought of it simply: If you aren’t happy, you would not last. If you are, you would not last either because death often knocks the windows which have had the best views for far too long.

But the cruelty of death is, it is an event for not the deceased, but the left behind. When Marina loses her better half, she realizes she has to fight to keep her other half intact. She tries to cover up for the grief with her invisibility; she is just a waitress, she is just a singer at the bar, she is just another depressed lonely woman who depends on her dog for emotional support. But letting it be, is the last thing which succeeds loss. Pain demands to be felt. When you are not a member of the convention, you cannot even afford invisibility.  In such times, what should she mourn over? The demise of her future with a partner or the irreversible mistake of being born as an ambitious aspirant of womanhood? This somehow reminded me of the wonderful poem Lee Mokobe had written:

“I wonder how long it will be
before the trans suicide notes start to feel redundant,
before we realize that our bodies become lessons about sin
way before we learn how to love them.
Like God didn’t save all this breath and mercy,
like my blood is not the wine that washed over Jesus’ feet.
My prayers are now getting stuck in my throat.
Maybe I am finally fixed,maybe I just don’t care,
maybe God finally listened to my prayers.”

A Fantastic Woman feels like a lump in your throat. Like the misery of early winter sunsets but the secret anticipation of a snowfall(even when there is no sign of it). Like marks of a suicide attempt on your wrist which remind you that every day of your life now is a gift you never deserved. Sometimes it can be a victory only to cross the finish line of life, only to meet death when its destined and not prematurely. Thomas Bernhard once wrote that “Instead of committing suicide, people go to work” as if it is but a conscious commendable choice they make. Albert Camus often had to make the deliberation of choosing a cup of coffee over death. Now I know what they meant by it. 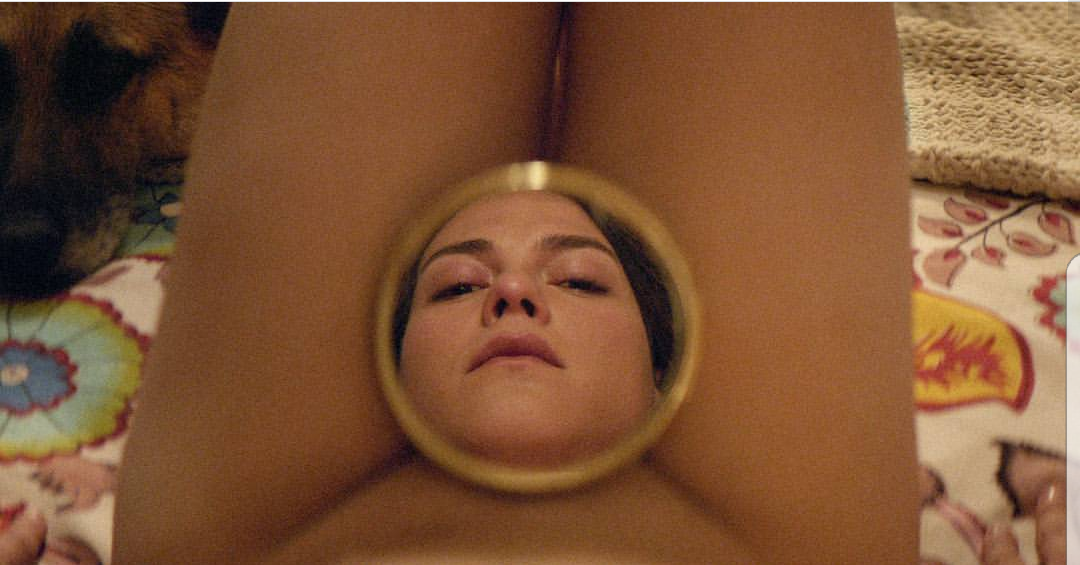 “A FANTASTIC WOMAN” AND THE FOREIGN LANGUAGE OF LOVE