A Friend of the Family Episode 8 “Outer Darkness”: Created by Nick Antosca, ‘A Friend of the Family’ is a true-crime drama that has now almost reached its conclusion. With its second last episode streaming on Peacock, it has created a terrifying presence of Robert Berchtold aka B, who made the Broberg family go through living hell. In the previous episode, we learn about another evil side of this predator from the bishop, which shows the captivating power that he had over Jan throughout the years.

Through the same scene, the script also sheds light on how the institutions that we trust become complicit in such gruesome acts for the sake of faith. With the impeccable performances by Anna Paquin, Jake Lacy, and Colin Hanks among others, the miniseries is bound to create a lasting impact.

A Friend of the Family Episode 8 Recap:

Directed by Jamie Travis, the new episode titled ‘Outer Darkness’ is written by Nick Antosca, Diana Pawell, and Lucy Teitler. The previous episode ends with a shocking revelation that FBI’s Pete Welsh (Austin Stowell) gets from the bishop. Because of the same troubling past that motivated B (Jake Lacy) to act as he pleased, Pete seems more inclined towards getting to the root of the case. He goes near where B resides in Ogden and stays vigilant in his car. He stays there all night, and in the morning, he observes B coming out of the building with a girl who is not Jan (Mckenna Grace).

B tells the young girl to wait for him on the side and calls Brobergs’ house from a payphone. Mary Ann picks up the phone and persists with her attempts to get some information about Jan’s whereabouts. He pretends that he does not know where Jan is and mentions spotting her across the state lines. While Mary Ann presses him for more details, he tells her to meet in person to know everything. He also shares his knowledge of these calls being tapped, which Gail (Lio Tipton) may have told him after seeing it herself. While on the one side, he mentions not knowing Jan’s location, on the other, claims to know every detail about her.

Mary Ann confronts him about it, and he gets startled. He still tells her to meet him at a café, sometime soon. Meanwhile, at the boarding school, Jan struggles to keep her mind at peace. When she walks up to the mirror at night, her roommate – Sofia (Ella Jay Basco) inquires about the reason for her discomfort. She questions whether it is her memories from Lebanon, which is where she had mentioned being from. Jan (who calls herself Janice in the school) then mentions having lived somewhere before that and having acting ambitions.

Sofia tells her about an audition for a play happening somewhere outside. Jan recalls what B told her and tells her that she is not allowed to go to such a place where she would mingle with boys. Sofia then tries to break her cycle of fear. Around that time, B shows up at his brother – Joe’s (Philip Ettinger) store. Joe tells B to stay away from him and not indulge in his pursuit of Jan. However, B is adamant that his plan for marrying Jan is going to work out. B tries to claim how kind he is being for forgiving Joe for telling on him the last time Jan was abducted. The rift between the brothers on this issue becomes evident.

Meanwhile, Mary Ann shows up at the Ogden police station and sees a mother-daughter being interrogated by the police. An officer asks her whether the young girl is the same that Mary Ann had seen with B. She agrees. When they ask this girl about Jan, she denies ever meeting her. Her mother then starts singing praises of B and blames Brobergs for maligning his reputation. She gets uncomfortable listening to it – not just by hearing praise for the predator, but by seeing how he has made them into despicable figures – and also by seeing B’s manipulation techniques still working on other people.

At home, she tells officer Pete her plan to go meet B where he had asked to. Pete warns her, stating the risk of B making her sign the agreement for his marriage with Jan. Yet, she is restless seeing her young daughter being away for that long, which makes her want to do anything that is needed to save her. Meanwhile, B meets Jan and takes her on a trip to a beach. While walking on the shore, she starts questioning his story revolving around Zeda and Zethra. He blurts out something that silences her for the time being.

On their drive later, he learns that she went to audition for a play at a boy’s school and gets angry at her. Since she was learning to drive while speaking, she loses control over her mind, and they get into an accident. She gets a head injury, and as a result, expects him to take her to a hospital. He threatens both her sisters being unsafe due to her lack of faith in his story and as a result, makes her weep. The cycle of indoctrination continues. 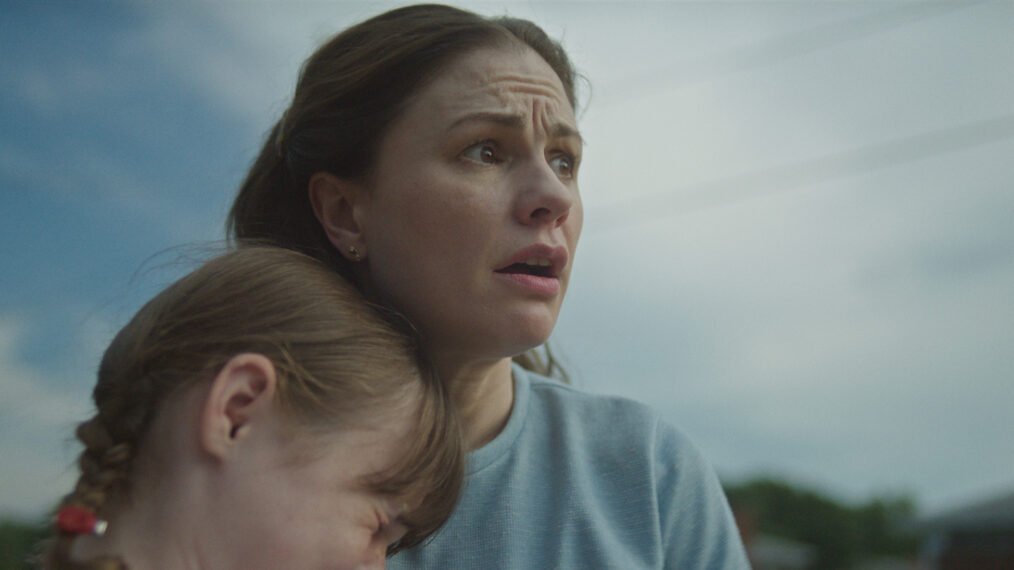 Later, Mary Ann goes to meet B at a café who brews up a story about finding a new partner his age, who got a threat by Jan for being jealous of her. Mary Ann tries to keep her calm throughout B’s attempts to convince Jan’s love for him and marry due to Jan’s request. She controls her actual feelings and goes along with this terrifying meeting to know where her young daughter is. B takes her to her car and does what Pete feared – he takes out the proposal for marrying Jan and tells Mary Ann to sign it in order to know Jan’s whereabouts.

Mary Ann does not agree with any of his requests, which upsets him. He starts losing control over the situation and for a moment, thinks of shooting her. However, he realizes that without her, he cannot legally have Jan either. So, he resists his urge and shouts at her to immediately leave his car. She was also resisting her urge to take out her gun given by Pete, for the sake of her protection. Alas, she leaves the car without a scratch, albeit not knowing where Jan is.

At Jan’s boarding school, sister Ramona (Bonita Friedericy) asks her about the mark on her head, and whether it was genuinely because of falling from a height. She tells her about a car accident while being with her father (referring to B), who could not take her to a hospital for not informing the government about his location. Later, Sofia persists in her questions about whether Jan’s father has been hard on her. Jan cannot answer her in any way, and in her frustration, she calls back home.

Over there, Mary Ann picks up the phone and gets delighted hearing Jan’s voice after so long. Bob (Colin Hanks) and her sisters – Susan & Karen, also become happy speaking with her. During the call, Jan keeps asking both sisters whether they are safe and whether they spotted a UFO around the time. She also asks Mary Ann if she signed the marriage papers, without which, B won’t let her see them. That recording becomes a piece of evidence for the FBI officials to start working on the case.

A Friend of the Family Episode 8 Ending, Explained:

Does Robert Berchtold get caught by the authorities?

Sometime after Jan’s call back home, sister Ramona calls B to tell him about police officers coming to their school, asking for Jan Broberg – when all she knew about was Janice Tobler. She does not want to lie to the police and get on the wrong side of the authorities. He cuts the call in panic and rushes out with his bags to a nearby payphone. He then calls sister Ramona back and tells her about these officers being impersonators and thanks her for the way she handled it.

By that time, Pete and authorities already trace B’s location and covertly follow him. Meanwhile, Pete gets the location of where B called from the payphone. Police officers show up at Jan’s school asking for her. She keeps up with her dedicated affection towards B. Meanwhile, B goes to his motorhome, trying to think of some way to escape getting caught. Yet the moment he looks outside, he finds several police cars swarming around his vehicle, pointing their guns at him. Realizing that there is no way out, he comes out with a smug, victorious smile.

Later, Pete takes Jan back home and, on their way, tells her to be kinder to her parents when she returns home. However, B’s spell is hard to get out of, since she is still angry at her parents. In the same anger, she bursts out saying that they are not her real parents. So now, the question remains – how do Brobergs mend the broken pieces of their family to be a happy and functional one? The next episode would probably navigate the same conflict.

Where to watch A Friend of the Family