Alita: Battle Angel is my first big disappointment of 2019. What makes it such a frustrating letdown is the occasional glimmers of greatness the film has to offer. It’s the sort of futuristic science fiction film that Hollywood releases every year in hopes of launching a franchise that unfortunately bombs. Alita has enough promise to make me wish that it were better and the one that bucked the trend, but it’ll unfortunately just be the latest entrant to that list.

First, the things I liked. The film’s visuals are luscious and beautiful. The world building visually at least is mighty impressive. It’s arresting and fully immersive on a giant IMAX screen. The action scenes are all choreographed crisply. It never morphs into a CGI mess and even the more effects-heavy work is always coherent and easy to follow. The film sounds great too, with every punch having an impact. I also didn’t mind the 3D. A few effects really capitalized on it and it lent to the depth and immersion. 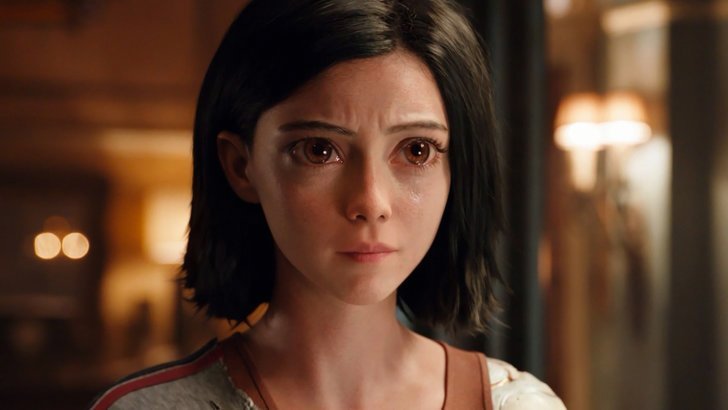 The plot is enjoyable for the first act when everything is new and mysterious. We discover this world through our protagonist who has no memory. We learn through her eyes and the world is exciting and filled with intrigue. It helps that Rosa Salazar is fantastic as the protagonist and nails every expression and dialogue. Even when the film veers way, of course, it’s just for her that I was even slightly engaged. Unfortunately, the same cannot be said for the supporting cast. Academy award winners Christoph Waltz and Mahershala Ali are given little of interest to do and their talents are wasted here. A few other supporting characters that become important plot drivers are little more than caricatures and not well developed.

It’s beyond the first act though, that the plot becomes incoherent and can never find itself. It’s also my biggest complaint with the film. So many ideas, but they fail to come together in a screenplay that’s lean and builds any sort of excitement. So many teases of a more exciting, bigger story, only to be served the same old clichés. And of course, an elaborate set up for a much more interesting sequel that’ll likely never be made. The film is tonally all over the place as well and can never decide how serious it wants to be. What seemed like subplots become the main driving force and more interesting narrative threads get tossed to the sidelines. At one point, a love story becomes the anchor even though little has been done to establish our investment in this romance so far.

Despite its beautiful visuals and brilliant lead performance, Alita: Battle Angel is crushed under the weight of a confused and disjointed narrative. The constantly pivoting plot never settles into a steady grove to build momentum and warrant investment. James Cameron and Robert Rodriguez are the talented gentlemen, but they’ve come together to craft something beautiful to look at but completely shallow and hard to care about. Watch it only if you’re itching to see an IMAX screen flexed to its full capacity.

The Unspoken Diversity Deficiency at the Oscars: Amount of Films & Foreign Films