In director/writer Anoop Rangi’s statement about Arranged Marriage, he claims that his film wants to shatter the kind of South Asian representation we have seen in cinema. He says that the films we have seen so far either fall into the ‘feel good ethnic’ or ‘cautionary ethnic.’ And while I agree with the statement to some extent, I wouldn’t consider his own film as some kind of trailblazer that shatters anything except its own narrative beats.

For better or worse, Arranged Marriage is a movie that defines characterization. For once, it feels like a traditional immigrant drama, where the success story of one family is closely cut with their traditional values being burdened onto the girl who has completely inhabited western thinking. But then, it also turns into a black comedy where the said family is deemed as a bunch of killers out for anyone (read: men) who are supposedly responsible for the de-characterization of their young girl. To add to that, it also features some truly absurd gonzo turns that feel so out of place that they could have a different movie of their own. Rangi is trying to make his story become a million different things. While his intentions must be noble, all of his antique quips seem to operate in a vacuum that exists within the movie itself and nowhere else. This makes it an extremely arduous task to settle in on the ride he offers.

For the uninitiated, Arrange Marriage is the story of twenty-three-year-old Kamali Matthu (Megha Sandhu), who is finishing up her school and works part-time at a local retail store called ‘Bikini World.’ She also has a steady white boyfriend named Clive (Jordan Williams) and a truly sincere duo of friends, Sam (Saydee Dickinson) & Henry (John F. Thomas). Everything seems to be working for her until she comes home one day to find that her parents have chosen a groom for her, and she is now forced to be a part of the engagement that they have arranged. This leads her to run away, only to get trapped in a circle of murder and violence where Kamali’s father vows to get her to marry the guy of his choice, demolishing everything and everyone who comes in his way. 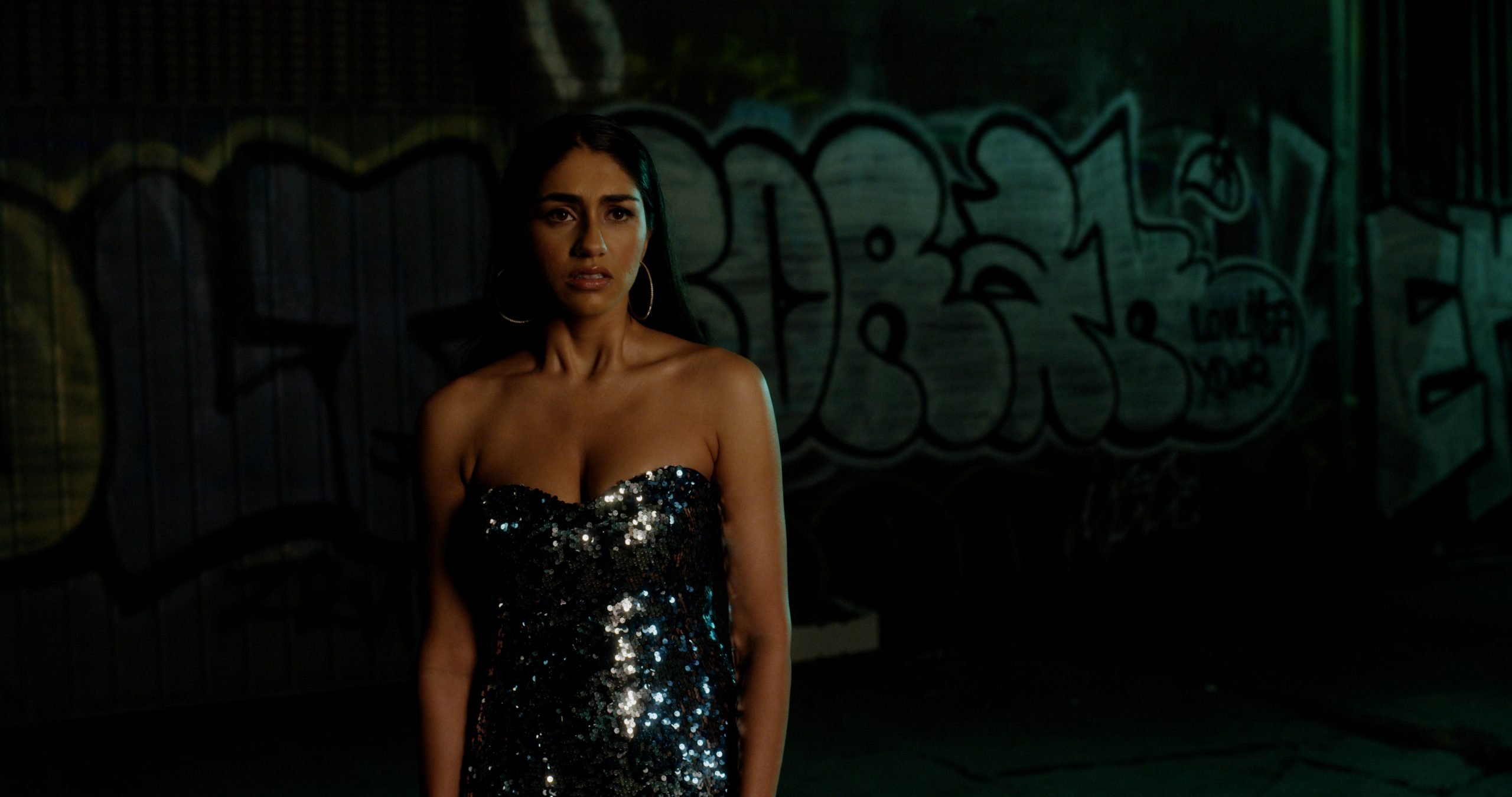 Coming to the film itself, Rangi offers a tonally uneven narrative that plays on its own beat. It opens with a murderous epilogue and then soon turns into a black comedy that tries to satirize a traditional South Asian household that has been living in America. It then becomes a cat-and-mouse game, but occasionally wakes up to sprinkle some truly absurd zaniness that comes out of nowhere. I have no problems with movies that try to hold up to their absurdity, but when the said weirdness is also trying to battle repression, racism, and an overly unhealthy dose of identity confusion, you’d want it to make more sense than Arranged Marriage does.

It also doesn’t help that the characters here serve as typical tokens of the ones we have always seen. While Rangi’s intentions are to make it feel that way, it only makes his movie blander than it already seems. The acting department also feels like scavaging in murky waters because none of them seem to understand the uneven tonality the director is going for, making all of them feel like they are constantly irritated or on acid or something.

Overall, Arranged Marriage is a film that cannot balance its more sincere elements with the randomness of its schlock. Paving the way for an uneven experience that leaves you frustrated.

Where to watch Arranged Marriage