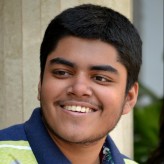 It’s fair to assume that Grimm’s fairy tales played a part in everybody’s childhood. Be…

CODA, or Child of Deaf Adult, is, a self-explanatory term. However, given the apparent uniqueness…

James Gunn has done it. He’s officially made the biggest, goriest and most badass superhero…

Krzysztof Kieślowski’s Three Colors Trilogy is an interestingly structured narrative that focuses on the colors,…