10 Best Korean Movies of 2022: The popularity of South-Korean movies among International audiences has skyrocketed ever since Bong Joon-Ho’s dark comedy thriller “Parasite” made history by winning the best picture trophy at the Academy Awards back in 2019. Not that Korean cinema was anything obscure before that, but Parasite’s Oscar win definitely brought a surge. Especially the English-speaking audience is watching more Korean movies than before, and most essentially, they are reading subtitles, probably after taking the que from Joon-Ho’s now iconic Oscar speech.

Easy accessibility has been another deciding factor. Now that almost everybody has Netflix getting hold of the latest Korean movies has never been easier. And we have been spoiled with choices, thanks to their incredible constructive methods of delivering content after content without compromising on quality. In fact, one of the many reasons Korean movies have this many takers is that almost all of them are extremely engaging and entertaining, something that most people look for in cinema.

2022 has been a very fruitful year for Korean cinema, and as the year has come to its closing time, we are attempting to make a Top 10 list of Korean films from this year. Not an easy task by any means, considering the fact that lists can never cater to everyone, and also, picking only 10 movies from plentiful of good to great movies is a very difficult thing to do. But the idea here is to have something for everyone. So here we go. 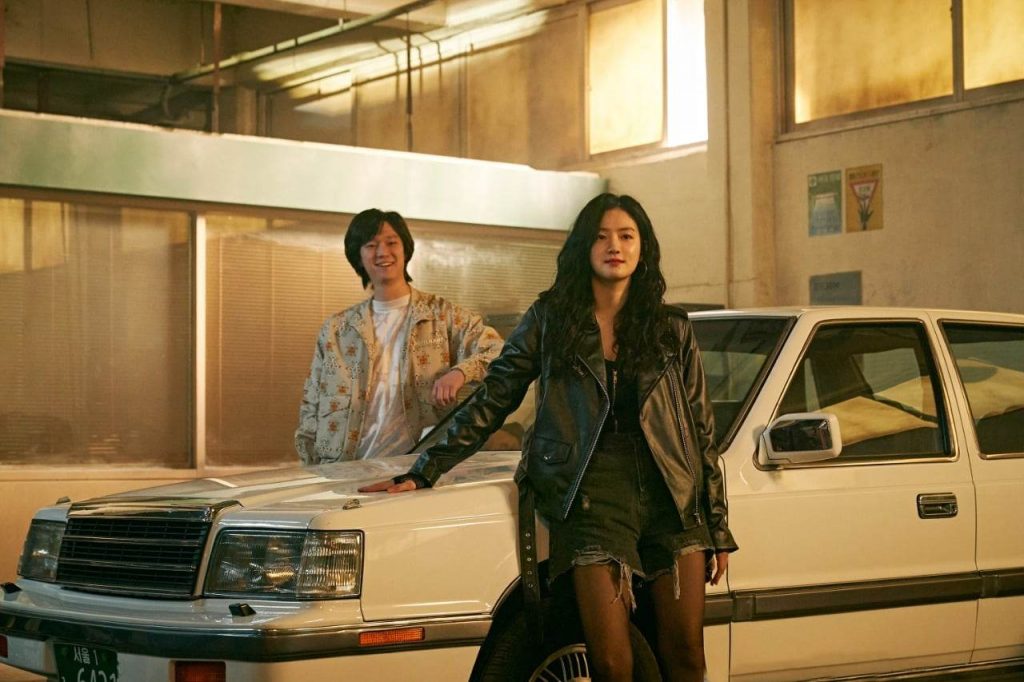 Initially touted as the South Korean interpretation of the Fast and Furious (Fast V in particular), the car-chase slash heist thriller set in the backdrop of the 1988 Seoul Olympics comes off as much more than that. While there are enough fast-paced chase and nail-biting moments to satisfy you, the actioner also subtly subverts itself into a political drama by standing against the military dictator President Chun Doo-Hwan.

With a heady mix of jaw-dropping VFX marvels as well as practical, realistic stunts, the action comedy is an enthralling experience overall. The cast, consisting of famous actors like Yoo Ah-in (Burning), Go Kyung-Pyo, Lee Kyu-Hyung, Park Ju-Hyun, and Ong Seong-wu, is particularly impressive and deserves mention for portraying the characters like they have known each other in real life forever. 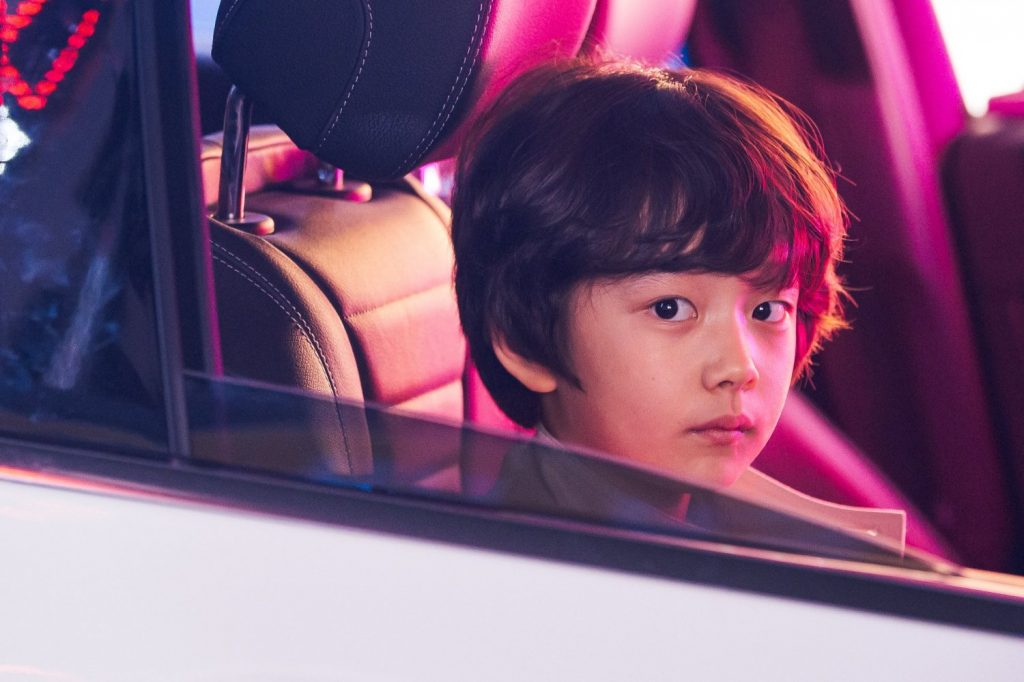 Parasite’s Park So-dam stars as a highly-skilled delivery driver who delivers unusual items (read human beings) in the action-crime movie by Dae-min Park. Despite resembling movies like Baby Driver and Drive thematically, the movie manages to come off on its own by focusing on a genuinely engaging story of one of the deliveries going south for the driver.

While the plot offers nothing that you have not seen before, the treatment of the movie is fantastic, which yields a great viewing experience. So-dam is fantastic as the lead, and her adorable chemistry with another Parasite actor Jung Hyeon-jun is laudable. 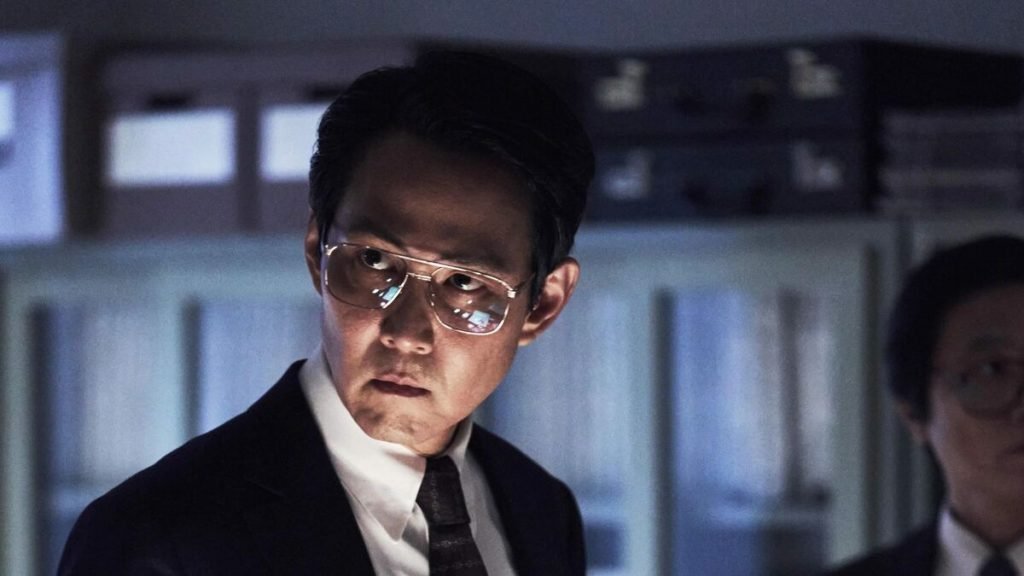 Squid Game’s Lee Jung-Jae makes his debut as a director in this espionage action thriller, where he also plays the lead. Set in the 1980s, Hunt tells the story of two South Korean security officers trying to stop a possible North Korean invasion by finding a spy, post the murder of South Korean president Park.

While the movie has received its fair share of criticism for not mainly being historically authentic despite taking such a critical subject matter, it has been praised for its action sequences, the narrative that moves at a breakneck speed, and for being a very rewarding watch overall. Jung-jae, riding on his Squid Game success, has hit the bullseye yet again. 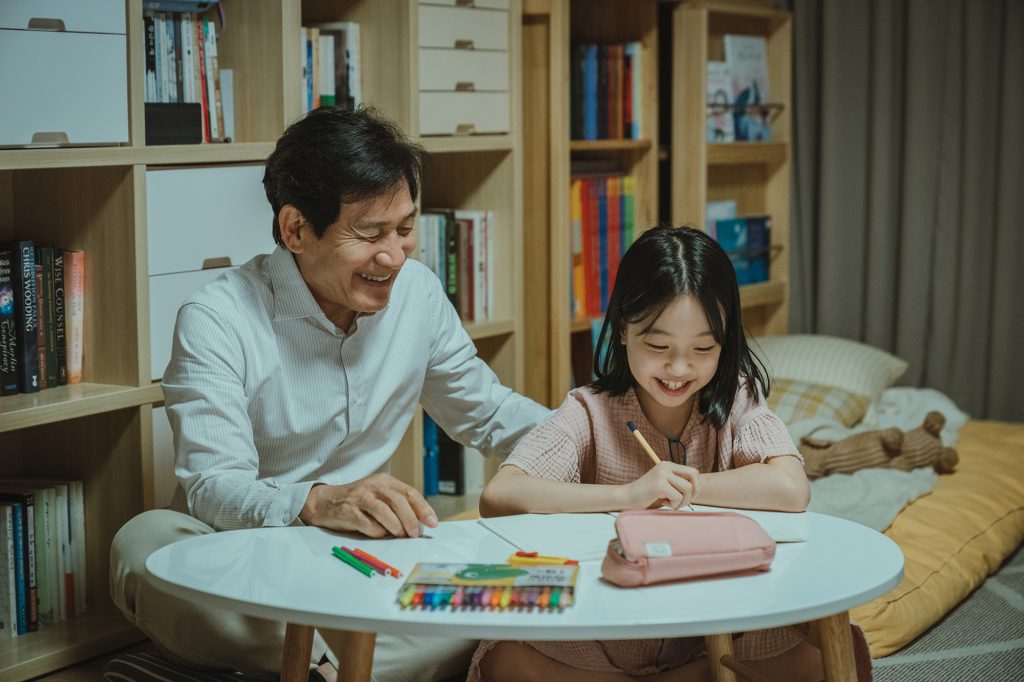 In Cassiopeia, a successful lawyer’s life falls apart after getting diagnosed with Alzheimer’s until her father starts taking care of her. The profoundly moving human drama, themed on the actual constellation with proper significance in the storyline is one of the most impactful movies that came from South Korea this year. The director, Shin Yeon-shick, who is mainly known for his ambitious arthouse movies, has continued his same style with the latest one; quite successfully. What helps Cassiopeia soar further are the two lead performances of Ahn Sung-ki as the father and Seo Hyun-jin as the daughter. 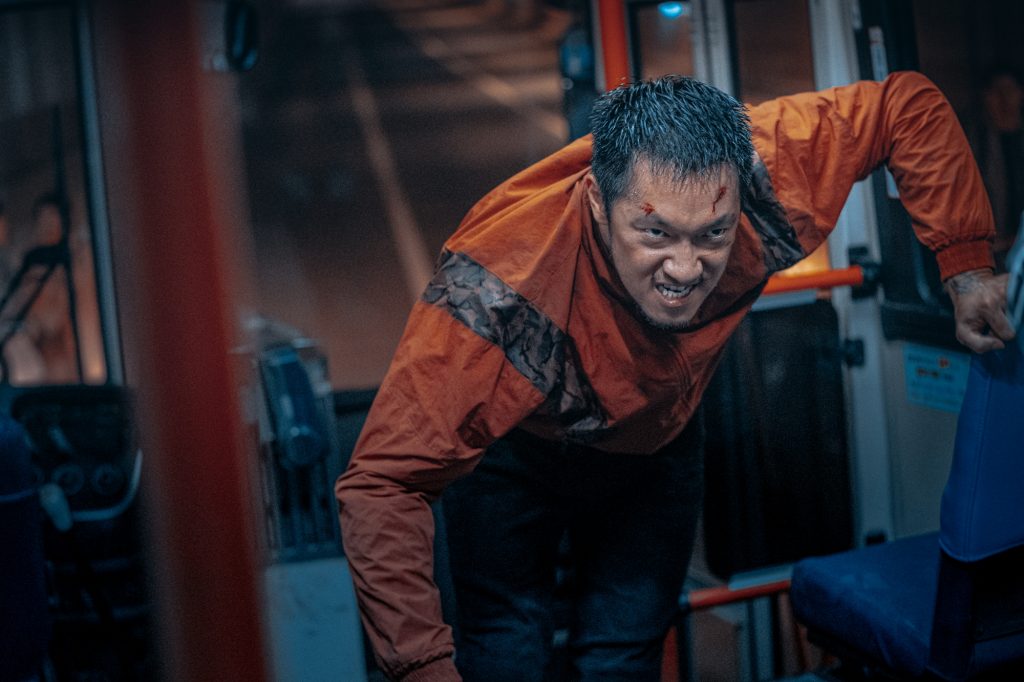 Ma Dong-seok, one of the most popular South Korean actors thanks to the now iconic “Train to Busan” (2016) and MCU’s Eternals (2021), is back with a new movie that has every chance of becoming another mass sensation, eventually. Directed by Sang-yong Lee, The Roundup follows police detective Ma Seok-do traveling to Vietnam to extradite a suspect but eventually getting tangled in the web of a dangerous serial killer who murders a Korean tourist. This is the second film of the Crime City series where Dong-seok reprises his character from the first film, The Outlaws (2017), which focused on the Chinese-Korean gang war as well as a ruthless loan shark. The events of the latest installment pick up four years after the first one.

Like the first film, The Roundup has received universal acclaim for being a heady mix of jaw-dropping action and rib-tickling comedy. Despite having a new director as well as a new writing team, The Roundup not only manages to match its predecessor; it, in fact, betters it if the box office numbers and audience reaction are anything to go by. A third film of the series, The Roundup: No Way Out, is already under production and scheduled to be released in 2023. 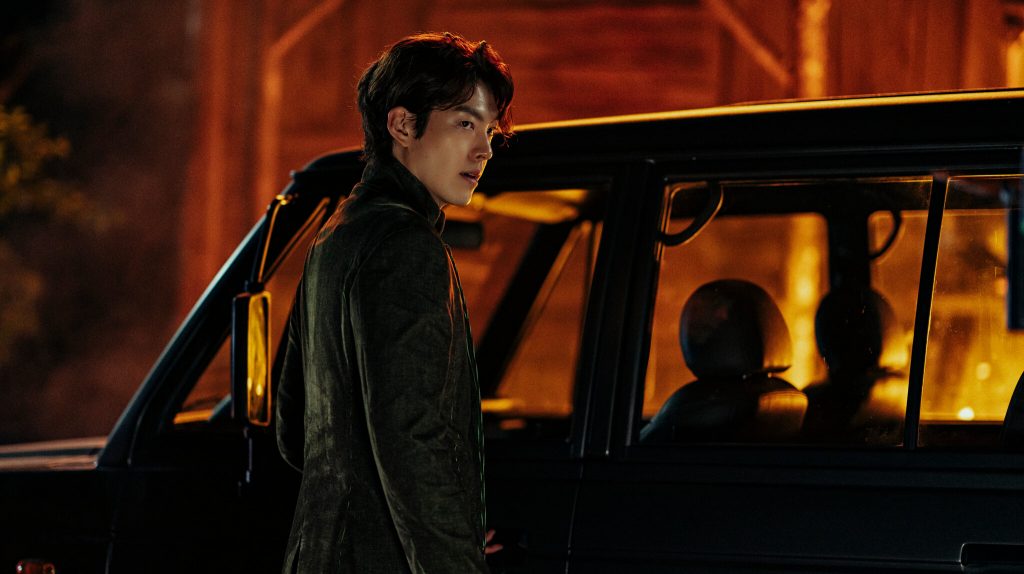 South Koreans are always known for coming up with astonishingly wild, genre-bending movie ideas. Fulfilling that tradition, Choi Dong-hoon’s Alienoid mixes up historical fiction, alien invasion, and of course, time travel in one narrative, something that none of us could ever imagine.

The basic premise is humans in our time are trying to hunt down an alien prisoner trapped inside a human body; if this is not enough, they cross paths with people from centuries ago involved in the same thing thanks to time-travel portals. The result is a two and half hour long madcap, twist in every minute, adrenaline rush-filled viewing experience that you end up enjoying despite the plot often seeming confusing and, at times, hard to follow, understandably. And not to mention, the cliffhanger ending only opens up possibilities for sequels in the future, which we would love to see. Inarguably one of the greatest working directors of our time, Hirokazu Kore-eda has made his foray into South-Korean films for the first time with “Broker.” The Japanese director, famous for his very relatable, slice-of-life human dramas as well as his stronghold on narratives, has successfully managed to win over the audience with his latest as well if the twelve minutes long standing ovation at the Cannes Film Festival is anything to go by.

For his first South-Korean film, Kore-eda san has cast possibly the biggest South Korean star of our time, the already legendary Song Kang-ho, who has starred in some of the most popular movies of the last two decades, from Memories of Murder to Snowpiercer to the Academy Award-winning Parasite. In Broker, Kang-ho plays a laundry owner running an illegal business of stealing abandoned babies from the church and selling them off for black market adoption. The film is centered around a young woman who has previously abandoned her baby, tracing back to Kang-ho and his partner, and the three of them going on a road trip to find the potential parent. Adding to this eccentric mix are the two detectives on their trail. 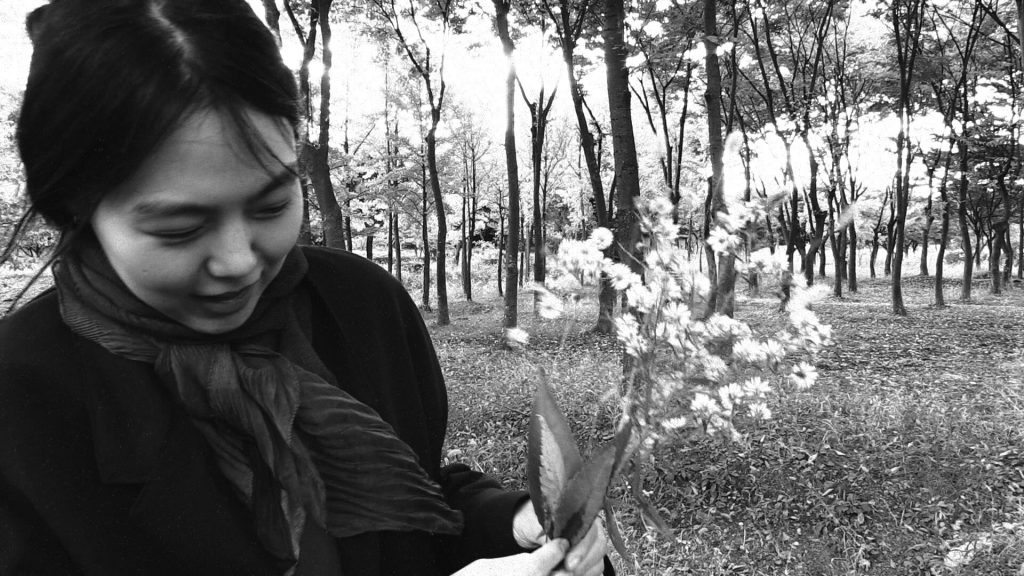 There’s no stopping Hong Sang-soo. The South Korean master, who keeps making movies at lightning speed but also never compromises with quality, has made two films in 2022, “Walk Up,” which premiered at the Toronto International Film Festival and “The Novelist’s Film,” which premiered at Berlin International Film Festival where it picked up the Silver Bear, the fourth time for the director. While both films have the signature, unmistakable style of Sang-soo; “The Novelist’s Film” is the one that wins that competition by being an experience that felt almost as immersive as watching something like a Top Gun: Maverick or any good Superhero movie at the theater; as strange as that might sound.

The film chronicles the experience of a novelist with a desire to make a film visiting a bookstore run by her old friend and eventually meeting a director, his wife, and a retired starlet over the course of a day. With a subtle message like art can be made by anybody in any context at anywhere with just willpower, the black and white film takes you on the same journey along with a novelist. It leaves you with a (literally) colorful, very wholesome climax in the end. Kim Min-hee, Sang-soo’s frequent collaborator stars as the actress along with the legendary Lee Hye-young, who plays the novelist. 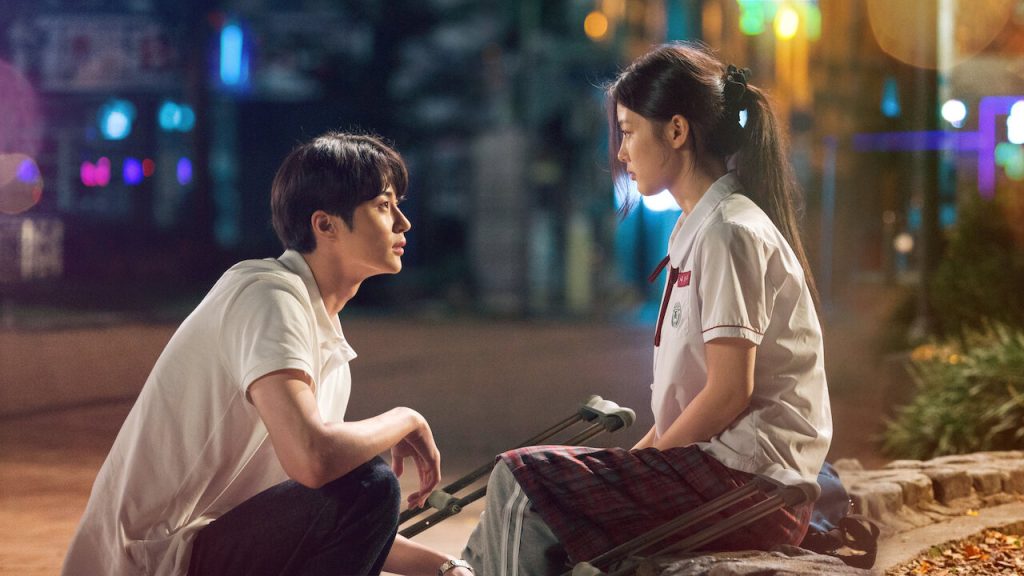 If you are not into teen romantic drama/comedy, then chances are you might not be warming up to 20th Century Girl. But if you do drop your genre prejudice, then you can have one of the most rewarding but simultaneously heartbreaking movie experiences of your life from this one.

A fantastically well-made debut movie by director Bang Woo-ri, 20th Century Girl, begins in the year 1999 when school student Bo-ra’s best friend Yeon-du comes across a boy and falls for him with only knowing his name. The hitch is that Yeon-du has to travel to the United States for critical heart surgery. So Bo-ra takes it upon herself to keep a tab on the boy and find out more about him to help her best friend. What follows is a fantastic tale of love, friendship, and sacrifice that keeps you hooked till the end and leaves you with weepy eyes; as it is supposed to be. It is 2022, and K-dramas have become a pop culture phenomenon that can’t be ignored. And with films like “20th Century Girl”, we can happily embrace it. 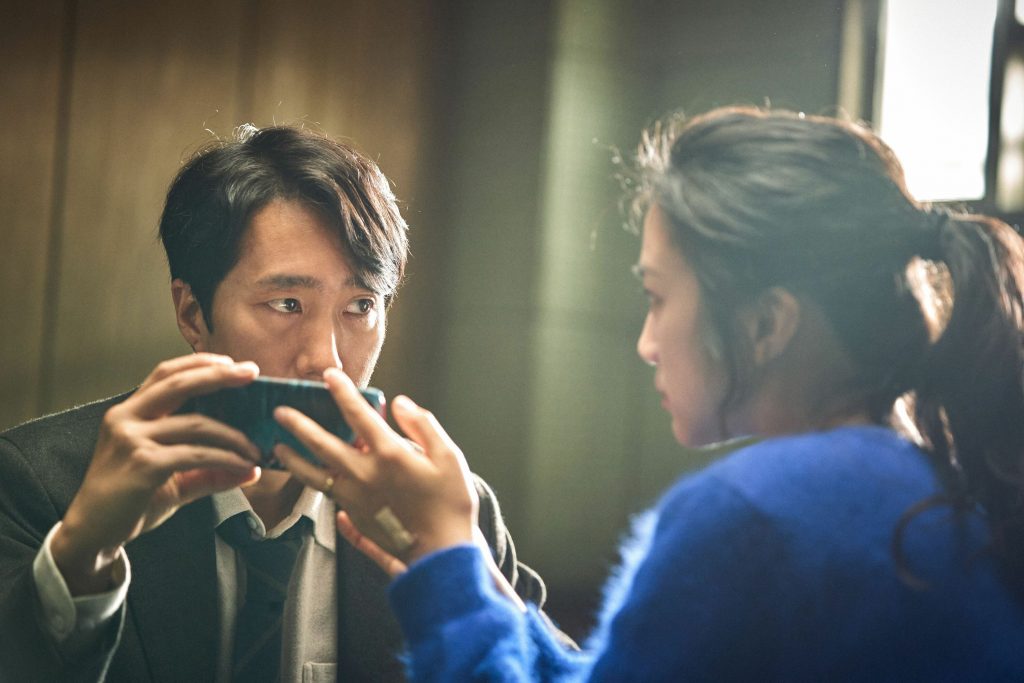 Park Chan-wook’s Decision to Leave is possibly the strangest film of the year. Six years after the erotically charged, coming-of-age thriller drama “The Handmaiden,” our beloved South-Korean auteur comes back with a film that demands multiple viewing and a keen eye on the proceeding to get to the crux of it. But the experience it leaves you with is worth taking the journey.

While it initially comes off as a simple murder mystery of a detective investigating a mysterious death of an old man, things take a twisted turn when he develops feelings for the victim’s much younger wife. The genre-shifter drama soon becomes an off-kilter romance that someone as genius as Chan-wook can only whip up. Compared to his other films, Decision to Leave is much more restrained and subtle in approach and feels much different; but the impact of this one is as monumental as all the other ones. Easily one of the best films of the year, which is destined to develop a lot of cult followers in years to come.

Announcement: Check out our New YouTube Channel for exciting Video Essays, Film and TV Lists, and a lot more.

Tis’ The Season To Be Jolly For Avatar 2: The Way Of Water, While The Sudden Cold Freezes Box Office Collections For New Releases