Zero Fucks Given (2022) ‘MUBI’ Review: A resounding character-driven drama despite the haphazard narration

‘Zero Fucks Given ( Rien à foutre)’ is a film directed by Emmanuel Marre and Julie Lecoustre. It stars Adèle Exarchopoulos who is known for her remarkable performance in the romantic drama, ‘Blue is the warmest colour’ for which she received a Palme d’Or at the Cannes film festival. With her recent film, she collaborates with the aforementioned writer-director duo to yet again be a part of a drama relating to class issues in the modern world. Over here, we follow the narrative of a flight attendant in a low-cost airline and through her journey of self-discovery, we investigate the vices of capitalistic society.

Adèle plays the character of Cassandre Wassels, a person who belongs to a small town and has big dreams. As a young flight attendant, she works diligently at an airline that is unequipped to provide for their well-being. The toxic work culture that permeates the confines of this workplace becomes nauseating and mentally taxing for her and her coworkers. They are paid very little for the amount of work they do and the service they provide. And their job has become a modern version of valued servitude where the idea of a noble servant is not just perpetuated but glorified.

With its shaky camera movements and raw performances, Zero Fucks Given attempts to give an inside look into such kind of service and the toxicity that is preferred under the garb of a competitive environment. To maintain their position in the organization and not lose their job (and their source of income), they try to compete with one another where robotic efficiency is preferred over any personal concerns. As a result, Cassandre also gives extra hours to her job and tries to establish a relationship that would help her not lose the position. Her years of youth are being spent overworking without any clear picture of what her efforts would reward her. Besides such a culture of overwork, it also sheds light on the normalized sexism in the name of providing good service.

The film strikingly portrays how we’ve made a business out of pleasure, happy faces, and niceness where happiness itself has become a commodity. These aviation assistants are expected to put on happy faces to fit in their role of a perpetuated idea of an ideal servant. They are expected not to complain even when the passengers are abusive. With the motto of ‘customer is always right’, they have to keep being overly nice to them, providing for their well-being and putting up with their immature and often entitled charades. From the perspective of the upper echelons of their organization, human empathy is apparently supposed to work just from one side! 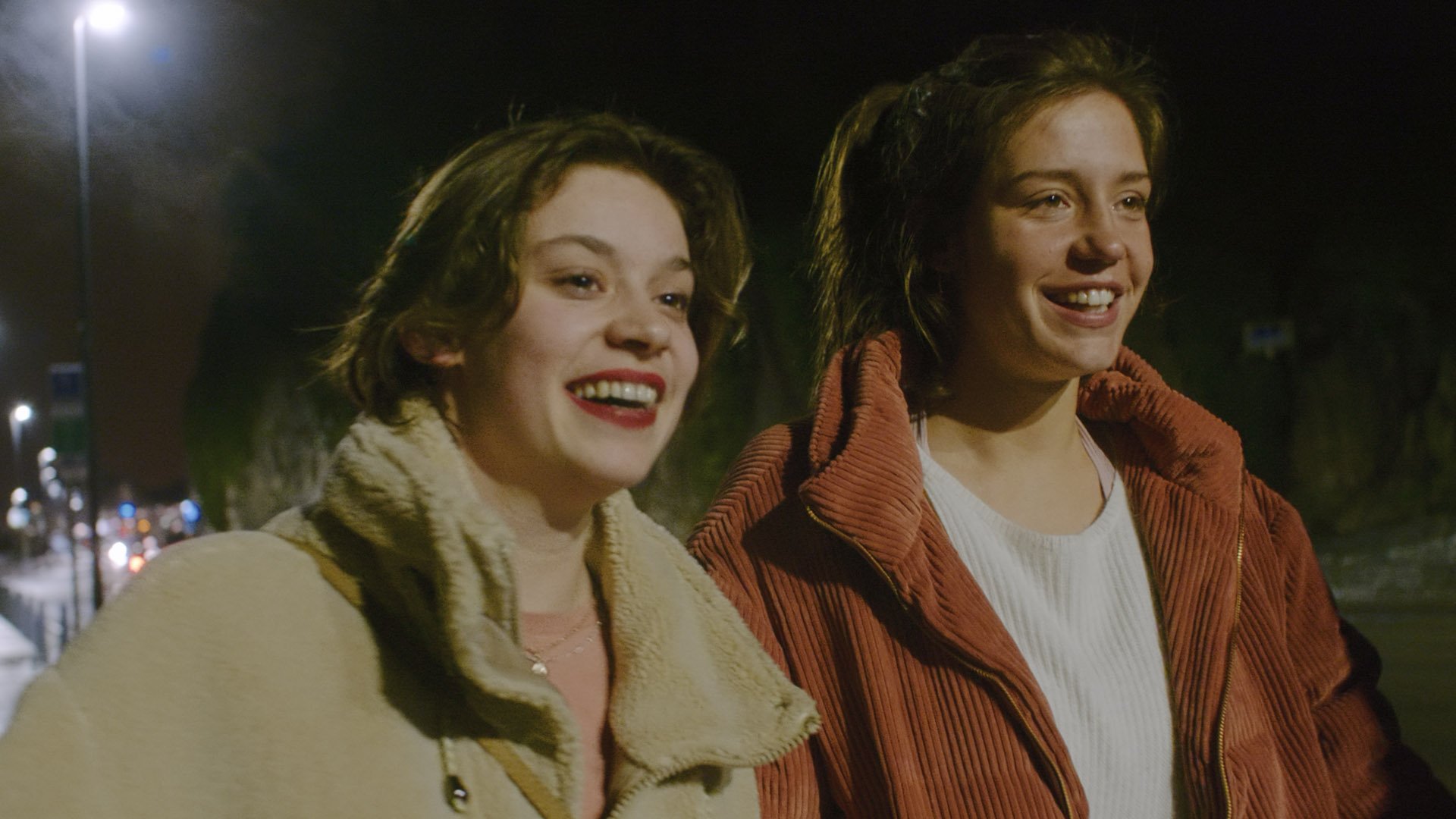 Through similar skewed perceptions of the image-driven capitalistic world, Zero Fucks Given deconstructs the myth of self-fulfillment through such pyramidic structures. It doesn’t affect only Cassandre in the narrative but also her father and her sister, both of whom are just as unsuccessful in finding joy and satisfaction in their lives. With their lives spent on being able to afford their lifestyle, they need to be tied to the ideas imbibed by such a system. Take the example of her father who gets a Mercedes as his second-hand car – just so he can make a good impression on his customers as a cab driver. As he mentions to his daughter, ‘We are in the business of image’. The entire film works around the same notion through its bits and pieces of writing.

Through a haphazard narration with sudden cuts – jumping from one scene to the next with a direct correlation between the two – the editing creates a dizzying effect that works on an emotional level. It intensifies Cassandre’s mental state in a direct, almost confrontational manner but compromises on the continuity of the narrative. Even when we follow the events in chronological order, the overall effect makes it disorienting for the viewer and puzzled to follow through a chain of events. The cinematography follows a documentary-style approach by which I mean it follows the characters and tries to capture their movements in a naturalistic manner without hindering their natural rhythm. The camera does not deviate from awkward placement to make it seem as closer to a real-life experience, as possible.

Also, Read – Zero to Hero [2021]: ‘NYAFF’ review – A compassionate look at the Life of a Paralympic champion

The unfortunate entanglement of Cassandre in this service industry becomes the driving force for the film. Her journey becomes the catalyst for the critique that the makers want to put forth. And although not succinct, the film becomes resonant and human. Adèle’s rooted performance illustrates the general feeling of claustrophobia and the resulting alienation. As a result, the film shares a resounding portrait of not just her, but many like her.

Zero Fucks Given is now streaming on MUBI

Everything Coming To Amazon Prime Video in April 2022

Zero Fucks Given (2022) ‘MUBI’ Review: A resounding character-driven drama despite the haphazard narration