Better Call Saul Season 6, Episodes 1 & 2: Recap & Ending Explained: The greatest spinoff to the greatest show ever made is back. Netflix is now streaming the first two episodes of Better Call Saul’s season six for Indian viewers. One of television’s most cherished sagas will finally conclude when this season is over. Saul Goodman’s story, and with him many others, is once again reopened in the dizzying setting of New Mexico. The final season in the series sees the Salamancas and Juan Bolsa’s thugs chase the traitor Ignacio Varda for his attempts to assassinate Lalo. Saul has his own demons to fight but with Kim, the job seems to have gotten easier. AMC announced a while back that Bryan Cranston and Aaron Paul will be seen once again this season. While we wait in anticipation, here is a recap of the first two episodes of Better Call Saul’s season six.

‘Better Call Saul’s new season begins with a beautiful sequence. Following tradition, it starts off in the future. The events that we see in the season happen much before that. It is mainly a throwback to the giant brand that Goodman, a.k.a. Jimmy, had become in ‘Breaking Bad’ itself. Drenched in a classic opera symphony, the camera glides, elegantly through Jimmy’s house where we see the excesses and extravagance of the life he had built as Goodman.

“Wine and Roses” picks up right from where Season 5 ended. Ignacio Varda runs and keeps running north off Lalo’s compound. He is careful not to be spotted and contacts Mike. He tells Varda that an arrangement is in the works for Varda to lay low until the thing blows over. Meanwhile, Lalo, who asked one of the assassins to let his employer know that he is dead, visits a house on his compound, where the news of the events still hasn’t reached. He murders the residents to avoid witnesses, and the man decoys him as his body. It is intended to serve as proof of his death. Saul and Kim begin their new life together. While Kim combs through her pro bono cases on the day and deals with the horrible memory of the shootout Goodman was involved in the last season, Saul visits the courthouse to meet with the detectives from Lalo’s case. He entertains questions from them about Lalo’s true identity and his fake address and family. He averts their line of questioning by saying Lalo will show up when his bail bond expires, with nervous energy that only Odenkirk can bring out so well. Don Eladio informs Gustavo of Lalo’s death as a sign of an impending war. Gustavo feigns a response and sidebars with Mike and they agree that it is actually true. Additionally, Gus and Mike have a heated discussion regarding whether Nacho’s actions deserve to be left in the mud by Gus. Mike vows to not repeat what happened to Werner, but Gustavo is still on the fence.

Lalo’s cousins are also seen visiting Lalo’s house; their reaction suggests no one will be able to stand in their way. Jimmy and Kim discuss their plans for Howard. The story goes in the last season that Howard refused to pay out the money due to Saul and dismissed him from joining his organization. They want to sabotage him but not in a way that completely destroys him. The plan is foiled midway at the country club where Howard is playing golf when Kevin, Kim’s former employer (remember Mesa Verde and the controversy over the logo?) catches Saul and stops him. Saul is able to slip a packet containing white powder to look like cocaine into Howard’s locker. Clifford Main, who is playing alongside him, notices the packet.

Lalo makes his way to a vehicle entering the US border without getting noticed. He calls his uncle, Hector, before leaving. Hector is belated to know Lalo is still alive. He learns of Gus’ betrayal and role in the shootout at Lalo’s. When Hector asks for proof of Gus’ involvement, Lalo initially says he doesn’t have it, but remembers something and says he will get it. He says to the men to refund his money but they do not listen. He proceeds to kill them and goes on his way to get the proof.

Mike and his associates go to Nacho’s house to plant a clue for Don Eladio’s men. Gustavo has decided to give up Nacho and has directed Mike to leave an envelope in Nacho’s locker in the house with the number of the motel where he’s staying. Saul and Kim hatch another tactic to further the cocaine narrative around Howard. Saul plans to pay a visit to a familiar foe. Gus is still unconvinced about Lalo’s death when he sees the evidence the Federales have. He phones Eladio to visit Hector. Gus’ suspicions are confirmed when Hector gives him an undecipherable look that only Gus can dismantle. He informs Mike and the men.

Saul visits the Kettleman couple (remember the treasurer who stole money and went camping with his family in the woods to show that they have run away?), now operating out of a kitschy office. He gives them hope to reclaim Kettleman’s good name by suggesting that they had improper legal counsel in their fraud case. Guess who was the lawyer? Howard. Saul explains Howard’s cocaine habit and strikes an agreement. The couple then visits several legal offices, including Clifford Main’s but to no avail. Howard Hamlin’s repute won’t budge.

Eladio’s men find the envelope and Nacho’s location. Nacho is already tense about the arrangement and when he notices a strange man (whom he noticed wandering around the campus at the start of the episode) peeking through a small hut towards his room, he knows he is being watched. He escapes through the AC vent, flanks the man, and backtracks him. Nacho suspects Gus’ involvement and calls Tyrus in a feigned panic state to lure him into then calling the man. Tyrus does and Nacho knocks him down unconscious. Just as he is about to start the vehicle, Bolsa’s men show up; so do the cousins. They look for him all around and finally discover him, but on command by the cousins, who want him alive, they do not shoot. Nacho is eventually able to escape for the time being. 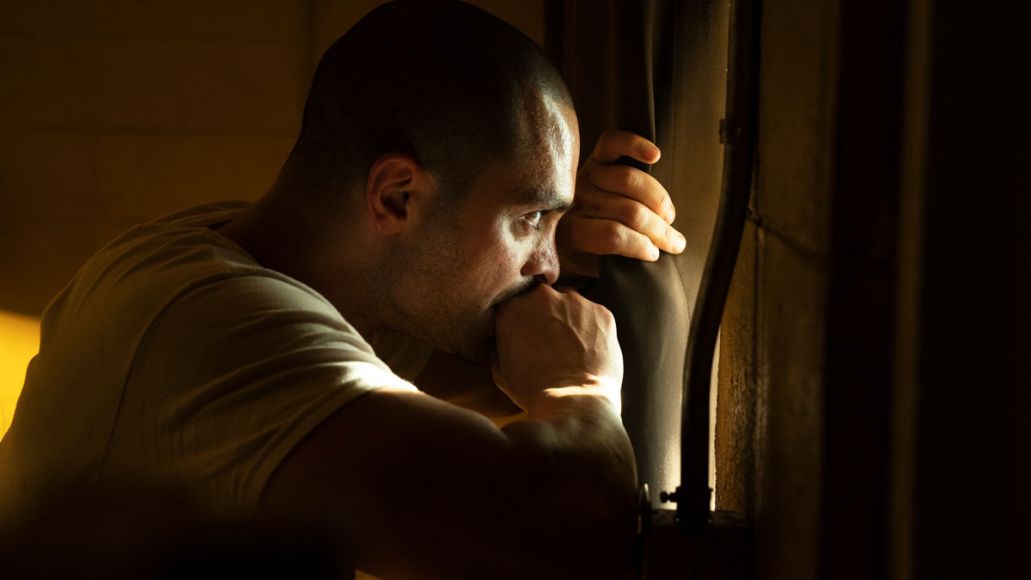 At Gus’ makeshift office, Mike confronts him when Gus asks him to fetch Nacho’s father. Mike is adamant, despite Victor holding a gun to his face for defying orders. Nacho calls him in the moment and requests to speak with Gus (although, we do not know, yet, that the person is Nacho). The final sequence takes place at the Kettleman’s. Kim accompanies Saul and they decide to play the situation in a “carrots and sticks” method. The Kettleman couple is furious with Saul. They threaten to reveal to Howard his attempts to defame him. Kim finally decides to take charge.

She phones a friend in the tax department and threatens to reveal the Kettleman tax scam that they operate from that place. The Kettleman couple reluctantly agrees and Kim and Saul drive away, only to be followed by another car, unbeknownst to them. The identity of the person driving the car is not revealed – obviously – but there is a high chance it is someone familiar. It can be an adversary as well. Only time will tell. But what we do know as of now is that Nacho has escaped and has probably asked Gus for negotiation and that Lalo is getting the required “proof” to prove Gus’ involvement.

What a way to make its way back to our screens. In general, episode one follows its predecessors and refrains from giving out too much information in the beginning. The gradual unfurling of events is done at a tense pace made to like a stroll in the park. Vincent Gilligan again awes viewers with his masterful storytelling. His trap is so subtle that you are caught off guard. Once you’re vulnerable, you’re thrust back into Better Call Saul’s cinematic universe, placed right in the thick of it. The second gets the ball rolling with significant action. The gun sequence is as well shot as any other in the series. The reunion promises to be an explosive event.