Home»Reviews»Cartel Land [2015]: On the Frontlines of Narco Culture
Reviews 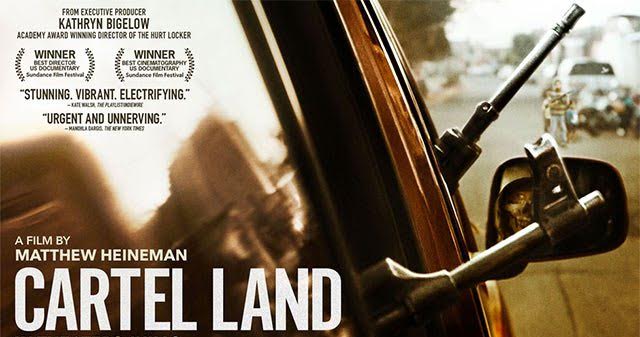 At one early point in Director Matthew Heineman’s vibrant, drug war documentary Cartel Land (2015), we see a worn out, weeping woman talking about how her husband was kidnapped and tortured in horrific, unspeakable ways. The woman’s terrifying experience might make us think of “Cartel Land” as a subjective documentary on Mexico’s hazardous narco culture. But, surprisingly the documentary ends up being an objective one as Heineman accomplishes what he had set out to do – ‘to observe & document’. It is the kind of unsettling documentary, where we get great insights into human nature from a reflective meth-cooker.

“Cartel Land” follows two vigilantes on both sides of the line – US and Mexico. Tim ‘Nailer’ Foley, a grizzled, blue-eyed American organizing the Arizona Border Recon, battles with drug traffickers on the US-Mexico border, while another vigilante force named ‘Autodefensas’ has taken roots in the Mexican state of Michoacan (thousand miles from the border). Foley says “I believe what I’m doing is good. And I believe what I’m standing up against is evil”. His jingoistic attitude has given the label ‘hate group’ to his gun-toting, self-appointed border patrol. However, Foley sees the border as ‘Wild Wild West’, where the drug cartels are gaining small areas of American soil. It’s hard to argue with Foley when we see his perspective, but that’s what director Heineman does best: to throw the moral dilemma back on people (like us), who are privileged enough to not make such choices. 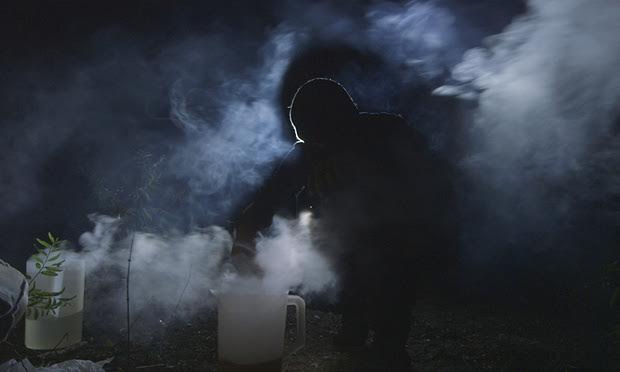 The most fascinating aspect of “Cartel Land” is the documentation of the rise of Dr. Jose Manuel Mireles. He is the leader of ‘Autodefensas’ and through his recruited men, carrying assault rifles, he liberates regions after region in Michoacan state, which was previously under the reign of ‘Knights Templar’ drug cartel. Mireles preaches the wonderful work his men are doing in each of the town-square and gives Autodefensas t-shirts to volunteers from the freed village. At one point, we hear a vibrant music when Mireles walks through the villages and even Heineman’s camera shoots Mireles in a manner that’s typical for superheroes. But, we are gradually revealed of the charismatic Dr. Mireles’ unfathomable duality: he treats his young patients with care and showers love on his grandchildren, while also orders (on-camera) to kill the member of Knights Templar gang. Of course, the kill orders aren’t sole feature of his duality. Others unseen, unsettling layers of Dr. Mireles are revealed (till the documentary’s last frame) that makes us question on his image of ‘grassroots hero’.

Heineman has shot much of the footage by himself after developing friendships (for months) with the vigilante groups and gaining their trust. Such close relationship is what allowed the director (and his camera) to observe certain dark corners. The whole hysterical process behind the capture of cartel members and the sudden gunfight sequences in the streets are thoroughly filmed in an objective manner. After the initial glorifying portrayal of ‘Autodefensas’, Heinemann makes us reorient our perspective by showing us a chaotic chase and interrogation of a cartel member (whose little girl cries and begs on the street to not torture her father). That scene slowly reminisces of the same vile tactics used by cartels on others. Director Heinemann never drops his gaze even when filming the signs of Mireles’ personal weakness and its later consequences. 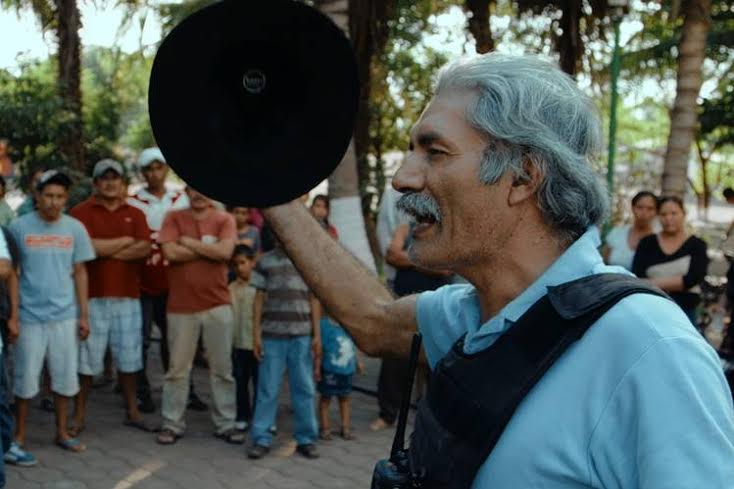 ‘Evil’ and ‘Good’ are the words often used by the guys waging ‘war on drugs’ (a little jingoistic term) and those fighting for their right to live. “Cartel Land’s” primary aim is to show how blurred this line between good and evil until there seems to be no line at all to cross. At times, especially towards the end, it feels Heinemenn’s approach is little confusing. Since we are accommodated with the first-person situations, it becomes a little hard to look at the larger picture. The bookend speech by the meth-cooker in a pitch-black forest gives us a sudden sense of enlightenment, which only makes us hope that the documentary could have gone more in-depth on the worker-bees of narco culture. But, may be “Cartel Land” isn’t just brooding on the subject of drug wars in Mexico; it may be commenting on the broader context of how subjective our moral code is when it comes to seek control on certain things.

Cartel Land (100 minutes) is a distinctive, multi-layered documentary that grapples with the issues of vigilantism, drug trafficking, and the convoluted relationship between high-minded virtues and violence. Its non-judgmental gaze never provides any easy answers.