Is Colossal a monster movie? Well, there is a gigantic monster in it, a kaiju that stomps through the streets of Seoul, Korea. There’s even a giant robot, or a jaeger, for it to battle with. Occasionally they dance. But to limit the film with such a label would be criminal, as writer/director Nacho Vigalando, known for his visual artistry on movies like Extraterrestrial and Open Windows, is more interested in the damage inflicted by human beings than skyscraper-sized creatures. Through expert use of metaphor and a pair of magnetic performances by Anne Hathaway and Jason Sudeikis, Colossal overcomes its seemingly impenetrable premise to deliver a terrifically cathartic study of human frailty…and yeah, it’s a pretty bad ass monster flick, too. 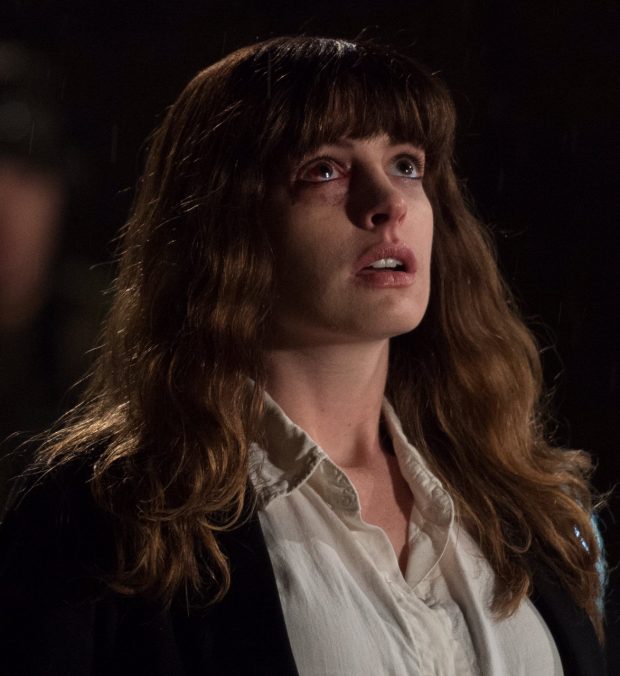 Hathaway has played her share of women ruined by tragedy and personal demons, but not since Rachel Getting Married has she captured it in such a visceral way. From the moment she wobbles into the apartment of her frustrated boyfriend Tim (Dan Stevens) during daylight hours, we know Gloria’s nothing but trouble. A former New York blogger who took some online heat before getting canned from her gig, Gloria has taken to wasting her life away on booze, partying with “friends”, and lies to cover her indiscretions. Tim has had enough and kicks her out, leaving Gloria to head back home to Maidenhead, NJ with her tail tucked between her legs. She had escaped from there years ago, and heading back is like a personal defeat. Fortunately, one of her first encounters is with a childhood friend, Oscar (Sudeikis), who stayed in town and took over his late father’s bar. It’s nothing special, but it’s a life, and he invites Gloria to be part of it by working as a waitress.

Oscar’s a pretty nice guy, right? Well…that is kind of what Vigalondo is exploring here, but that’s getting ahead a little bit. Because the weird thing that Vigalondo wants you to reconcile with is the revelation that every day at 8:05AM, if Gloria stands in just the right part of the playground, she controls a massive monster all the way in Seoul, Korea. Say why? Every move she makes, the monster makes, and in her frequently drunken state her movements have caused a lot of death and destruction. The emotional toll it takes on her is enough to get her rethinking how she lives her life, but others who are in a similar position may see such a terrible ability as a power trip.

The first half of Colossal is a miles away different than the second half, when Vigalondo begins to string together this unlikely premise. And no, it’s not about magic or science-fiction or whatever, but humanity at its ugliest. In particular it’s a movie about men, and how easily it is for them to demean women, to make themselves seem powerful at others’ expense, to be overcome by jealousy and emasculation. Gloria begins to realize that the men in her life, all of them, have corrupted the way she sees herself. And what’s worse, they all come like wolves in sheep clothing, with a smile on their faces and claws out for blood.

How Vigalondo reconciled these larger ideas with giant rampaging monsters is pretty incredible, and could only have been pulled off with complete commitment to the script, which must have been tough for him at first. He’s found a way to blend empowerment themes (there’s a great moment for Gloria in the finale that mustn’t be ruined but you’ll know it) with devices typically seen in fantasy and sci-fi. But it also couldn’t have been done without a total effort from the cast, who are just as deeply committed to the far-out material. Hathaway has never been better, and to be honest she’s had some dodgy efforts here at Sundance (Song One, anybody?). Her Gloria is a total screwup but she’s honest and caring about the damage she inflicts. It isn’t until later that she sees how others might prey on her vulnerability, and learns to fight back against those who do. The real surprise for some might be Sudeikis, who provides a much darker edge than we’ve ever seen from him. Those who have been paying attention know he’s an actor capable of more than the goofy comedic roles he often gets, but hopefully this will be the chance for others to see what he can really do. 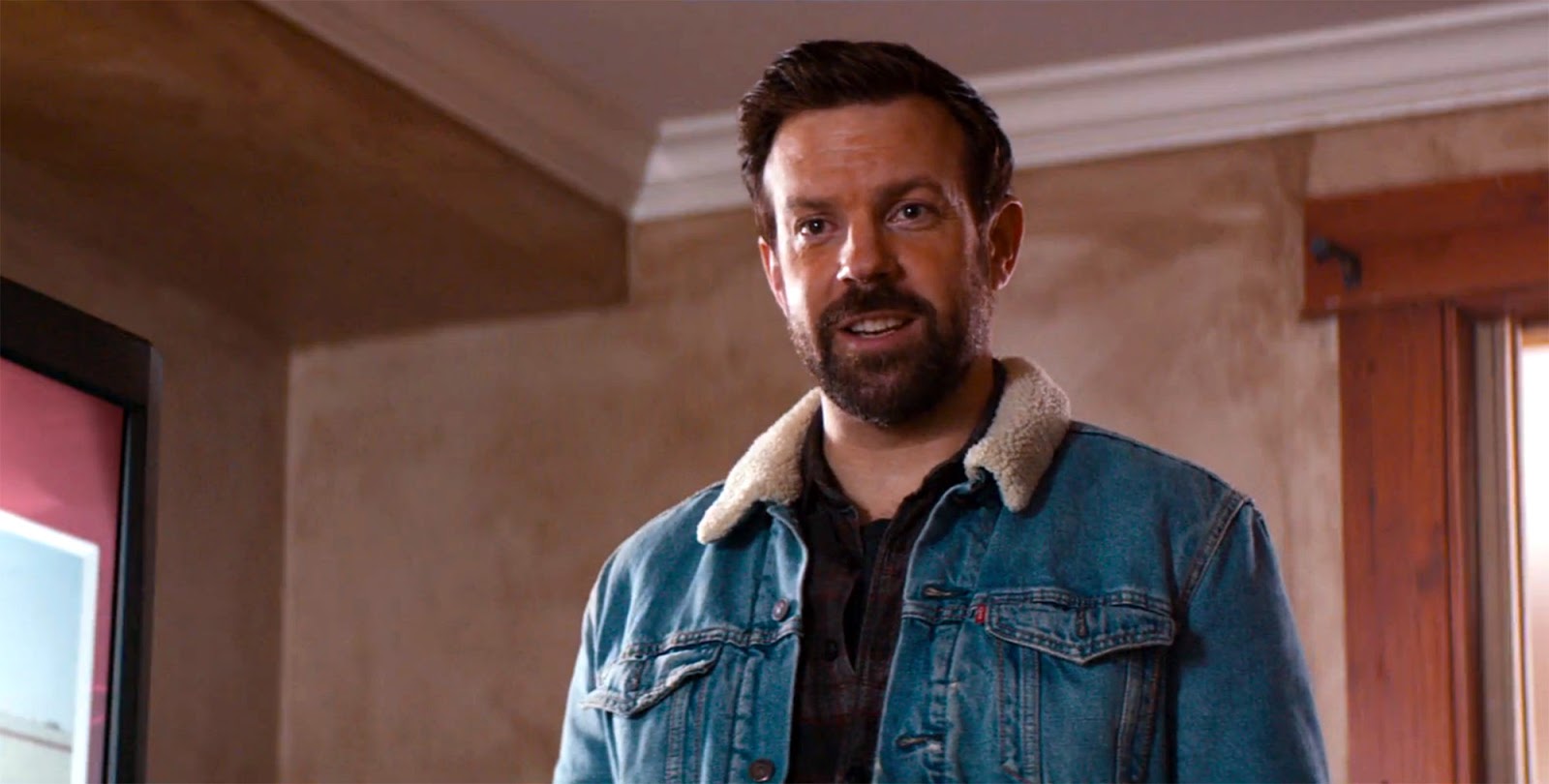 While Vigalondo is clearly stretching the meager budget to pull off some of the bigger special effects sequences, but he doesn’t let that stop him from creating a fully-realized world in which these monsters exist. In particular I liked the way the world reacts to the creatures’ daily arrival; first with terror and sadness, then finally with a celebrity obsession complete with Youtube mashup videos. An especially apt comment by Gloria suggests the world will stop caring altogether if the monsters only attack Korea, and the sad thing is she’s absolutely right. You can get used to anything if you see it enough and the victims are far away.

So yes, Colossal is a monster movie, but it’s so much more than that. Dare I say it’s a colossal success.

This review was first published on Punch Drunk Critics