In a sleeper compartment of a train, a fussy Bengali uncle is fighting with the tea seller overcharging two rupees extra for the cup of tea. He warns Nirmal, our protagonist, about the train crossing the Bihar border. This is the land of criminals who are adept at stealing, scamming, and looting. The young man, entirely unfamiliar with how rural life works, simultaneously gets kidnapped and rescued by Aatish, his cousin. It is the exciting start Nirmal Pathak ki Ghar Wapsi, a new SonyLiv show, is off to.

The idea is fascinating. It is the story of an urban man who was thunderously revealed a week ago about his less swanky origins. However, the problem with this stretch and the entire five-episode show is that things remain interesting only on paper.

Nirmal is a man who has to process a lot when the time in his hands is not quite much. His arrival to his village happens over twenty-four years since his father angrily stormed out of it with a three-year-old him. And now, he has come to the town with his father’s ashes, which he has to immerse secretly in the holy Ganga river. At that, he’s bound to attend a happier occasion back at his recently discovered home- the wedding of Aatish, his cousin. 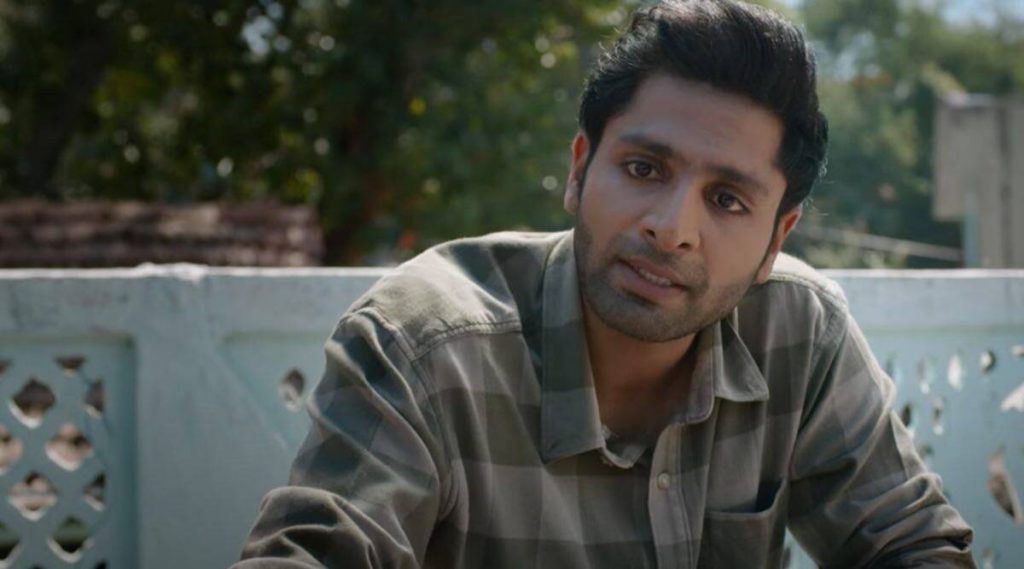 I personally enjoy anything that is remotely related to a rural setting. Especially the kind of material this show has chosen, one set in the Bhojpuri belt of the UP-Bihar regions. The reason can’t be more simple than the fact that I’ve seen these places and can relate to their happenings in any shape or form. I also don’t have an issue with a film or show choosing a self-explanatory and accessible path to drive the point home. However, the overstatement by the creator Naren Kumar is so overblown here that the benefit of a traditional setting and atmosphere gets detached pretty soon.

The attention to detail of a rural family dynamic is very real and fascinating initially. However, as the narrative progresses, the same gets so amplified for histrionics that it stops working. Also, it is another problematic by-product of Hindi cinema showcasing Bihar as the land of dirty politics and violence. However, it does earn brownie points for the grounded depiction of the caste system in rural India. Then again, it exists to fulfill the agenda that Mohan and Nirmal were two generations of pointlessly idealistic liberals. That is, they wanted to develop the mindset of villagers overnight.

In fact, the writing is so driven by its extravagant liberal flourishes that I was rooting for the humble, regressive villagers more than the progressive Nirmal. They were, of course, wary of Nirmal’s politics and found his inclination to tilt towards the lower castes unreasonable. Still, they were, at the very least, authentic and coherent as people.

A few things do work in favor of ‘Nirmal Pathak ki Ghar Wapsi’, though. For example, the humor is very rooted wherever it is, whether or not it is actually funny. The film tries its best to incorporate Bhojpuri in a few places. The use is inconsistent because the show is basically trying too hard to be Hindi, but perhaps it’s irresistibly sweet to hear one of your mother tongues on screen, a rare event.

The acting is surprisingly above-average. Vaibhav Tatwavadi has the natural charisma as Nirmal Pathak, and you can sense what a great character he could have been if he was written well. Alka Amin’s Bhojpuri is very incoherent as his birth mother Santoshi, but it is, in fact, passable, and the actress is superbly expressive beyond that. It’s a real pleasure to watch Garima Vikrant Singh as Genda Fua, Nirmal’s funny but affectionate aunt. Vineet Kumar’s cunning and corrupt conservative portrayal of Gupteshwar Dubey’s politician is darkly funny.

However, there are two false notes here as well. Akash Makhija, who plays the funny and overdramatic Aatish, seems to be intentionally cast to irritate the fuck out of us with his terrible acting. Pankaj Jha is another disappointment; his tried-and-tested role of a Bihari evil middle-aged man is a worn-out formula now. He is so token now that he was last seen in the second season of Panchayat, and it won’t be a surprise if we see him in a Mirzapur installment too!

Overall, Nirmal Pathak ki Ghar Wapsi is a shoddy and pretentious retelling of the classic homecoming story. It doesn’t waste its potential; it simply exploits it through five episodes and eventually butchers it. One can only hope that the second season improves over these fallacies to turn out decently.