Kristoffer Borgli sells his film as one big advertisement of a snake driving fire into the gas tank. Does it burn things up? No, not really. But it will sure make you wonder what made the snake get into that liquid filled source in the first place.

The world of the internet is supposed to be a hub that enhances the potential of information and connectivity to a simpler and more cohesive phase. Instead, it has been crowded with memes & viral videos that simply blur the line between performance art and a redundant source of bizarre pleasure. In Kristoffer Borgli’s DRIB, a meta-mockumentary that centers around a weird yet hilarious ad-campaign, we see the lines blurring to an extent of viral value.

Back in 2014, Amir Asgharnejad a standup comedian/performance artist and a friend of Borgli was flown into L.A to be a part of an ad-campaign for a famous energy drink (replaced with the name ‘Drib’ for obvious reasons). Amir, an Iranian fellow raised in Norway was internet-famous back then for a bunch of viral videos where he was seen being beat-up by random people for excessive intimidation. One of the executives at Drib decided to include Amir in a supposedly win-some ad-campaign that used the viral videos as a strange counterpoint for the value of the energy drink. 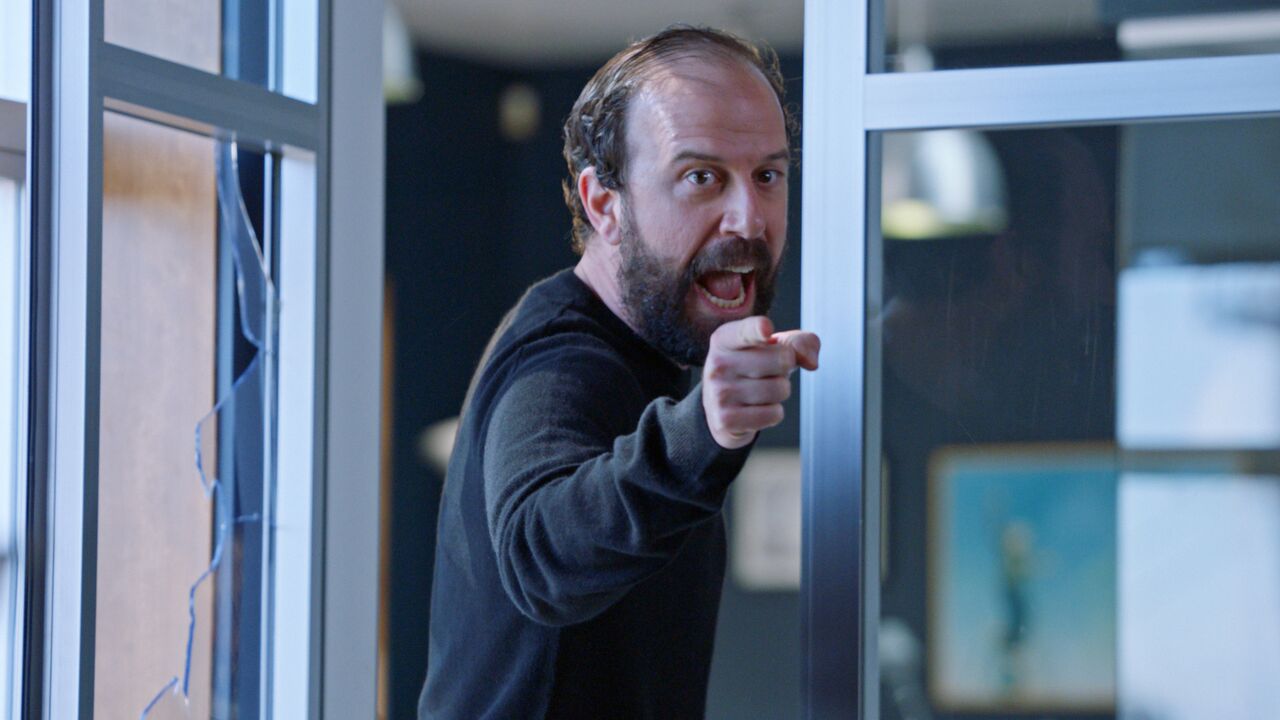 There’s no exact way to describe Borgli’s film. While it is a parody of an ad-campaign gone wrong, it is also a satire on the corporate structure and one big termite art-piece that is both a fake-film & a fake-advertisement in itself. Using Asgharnejad’s comic timing & Brett Gelman’s unforgettable turn as the rude, cynic advertisement executive, Borgli’s film becomes more than just a mockumentary. While it salvages real-life events for the sake of being punchy and comical, it also knows how things work in the world of the internet.

The idea of re-enacting the events making it both self-promotional (for Asgharnejad) and derogatory serves multiple purposes. Firstly, the meta-structure of the film comes out as a necessity and not just a tool that is being used to stand out. Secondly, the satire on how the corporation and advertisement industry really work points to the fact that no one knows what is being sold or what is the actual takeaway. ‘DRIB’ becomes both of them at the same time.  Therefore when the film doesn’t completely break out a groundbreaking reality we understand that it doesn’t have to.

My favorite part of the film is how every single person who is involved with the ad-campaign has an agenda. The intern is super-friendly to the talent for her own checkpoints, the marital-art specialist wishes to be super-involved in the process so that he feels good about himself and cynical executive becomes a racist while condoning racism at the same time.

‘Drib’, at best works as a fiction and it is too self-aware to take the wrong way out. It is not only laugh-out funny but is brilliantly arranged to sound and feel like a co-stimulating take down of what consumerism has really become. Companies are not really selling products anymore. They are merely selling the idea of what the product could be if you are a cardboard cut-out of a famous celebrity. Kristoffer Borgli sells his film as one big advertisement of a snake driving fire into the gas tank. Does it burn things up? No, not really. But it will sure make you wonder what made the snake get into that liquid filled source in the first place.