A disturbed housewife and a mother of 4 goes through a psychological breakdown until one day she starts behaving like a dog. Marianna Palka's 'Bitch' is a ferociously disturbing, wildly funny and occasionally uneven take-down of misogyny. It's a biting satire - like, literally!

A disturbed housewife and a mother of 4 goes through a psychological breakdown until one day she starts behaving like a dog. Revolving around a household that centers the selfish and ridiculously unaware patriarch Bill (Jason Ritter), ‘Bitch‘ throws you into utterly hilarious and inappropriate chaos. The film works best as a black-comedy using the real-life case study to satirize the ongoing frustrations that every single housewive might go through. In doing so, Marianna Palka’s film becomes a unanimous feminist testament to the resentment and dislodgement that women suffer when they have to sacrifice their personal dreams for the sake of keeping it all together. 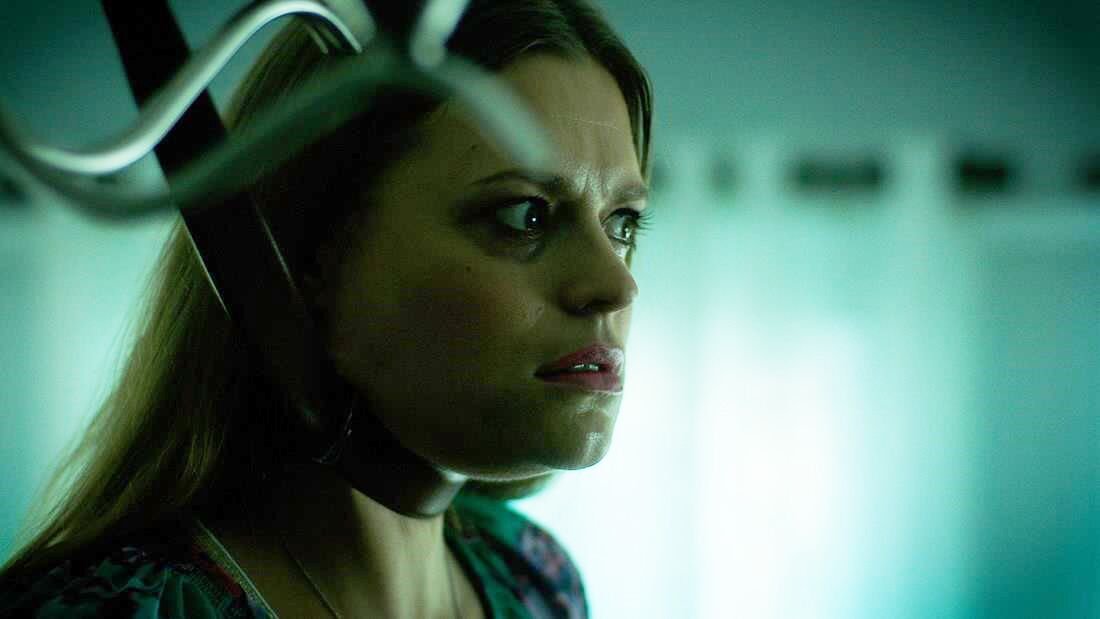 Using Morgan z Whirledge’s strange and chaotic score, Palka submerges her film is domestic horror. It’s funny to see Bill’s lack of intent and awareness of the situation, while it’s disturbing to see his lack of humility as he sees the American dream slowly getting destroyed to pieces. The film does suffer from an uneven narrative structure that just might have left a deeper impact if the same heavy handed approach that Palka initiated was carried through. That being said ‘Bitch’ is a ferociously disturbing, wildly funny and occasionally uneven take-down of misogyny. It’s a biting satire – like, literally!

P.S: The complete review of ‘Bitch’ will run later this year when it gets an official release.