It’s 1962, the time when Indian borders were witnessing the Sino-Indian war. Bureaucrat IPS Rajesh Kumar Sinha is typically busy with his government job. His wife is involved with her modest duties. Meanwhile, their little girl Anjana goes to an English convent school like most aristocratic girls. She finds her fascination with Shankar, the rural house help. The man tells her magical fairy tales. And, in ways, more than one enhances her ability to write some herself. The rest of Shankar’s Fairies, which is the directorial and acting debut of Irfana Majumdar, builds on the socio-cultural grounds of the India in which they were breathing.

The realism of the film lacks excessive gaiety or vibrancy. This is to say that it bears a stunning similarity with Achal Mishra’s Gamak Ghar, a film orbiting around the fall of an ancestral home in the Mithila region of Bihar due to the neglect of the later generations, and of course, the migrated elders too. Shankar’s Fairies lacks such stakes. The Lucknow home is bustling with exquisite displays of wealth, servants, and paintings. This was typical of the post-Independence administrative officers, who nearly inherited their civil positions from their fathers who were faithful towards the Raj.

The acting is persuasive despite its firm grip towards a more theatrical style. Jaihind Kumar and Irfana Majumdar are articulate as Shankar and her mistress in the film. Both of them have different grievances, but grief and loneliness refuse to leave both, which is a lovely narrative touch. Shreeja Mishra is the film’s most excellent performer- her interpretation single-handedly elevates little Anjana to her innocence and coming-of-age maturity. I also liked the film’s eloquent attention to little details. From the iron box in which Anjana carries her books to the eloquent Hindi spoken in the city, the film is filled with warm moments dripping with nostalgia. 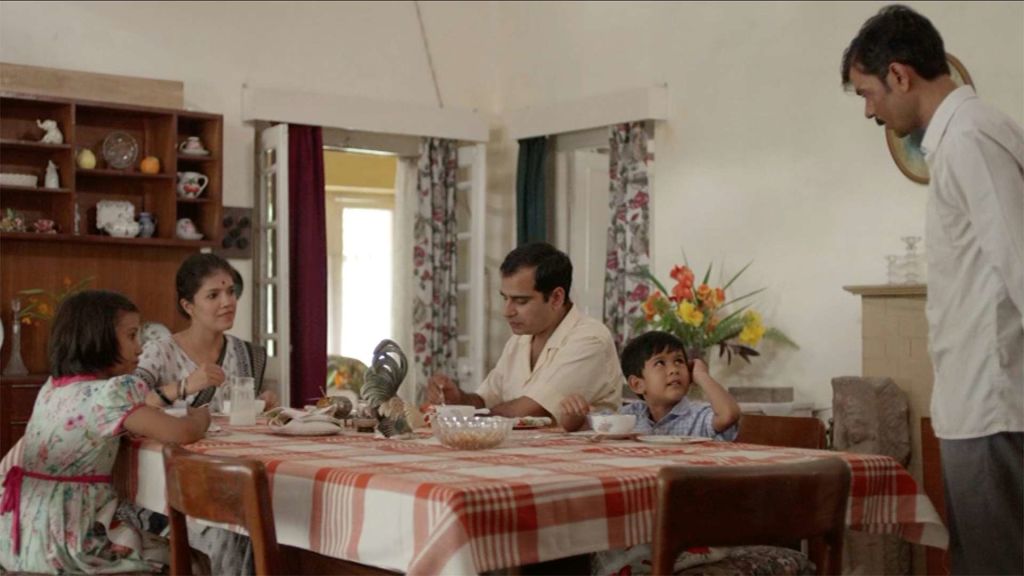 Two such instances had me: one where Shankar and his other working-class friends break into the folk song Railiya Bairan (which is a piece of Kajri, a genre of folk music usually sung during the monsoons in states of Uttar Pradesh and Bihar) and Anjana’s mother teaching her the steps of Mohe Panghat Pe Nandlal, a popular number from Mughal-E-Aazam (1960), which was a hit classic back then. Sunny Banerjee’s cinematography and Nita Kumar’s production design seamlessly interweave each other and drive the film’s aesthetics into motion.

However, the one true thing which keeps the film together is Nita Kumar’s writing. Her screenplay organically shifts between various themes and never for once comes off as gimmicky. Her portrayal of India of the 1960s is quite precise.

This is a nation that is more idealistic than it is constitutional. Ideals of freedom, equality, and fraternity are being talked about but seem too good to be true. Especially when states are being divided based on a centralized and linguistic identity. The police are as brutal and reckless in their encounters as they would be now. The caste-based hierarchies still exist, but the supposedly progressive urban rich are class-bound and exploitative. This ultimately cancels their woke, educated outlooks. So much has changed now, and yet, not much has.

SIMILAR TO SHANKAR’S FAIRIES: A MONSTER CALLS [2016]: AN ENDEARING TALE OF ACCEPTANCE

The best part of the film is that it never tries to evolve into something greater or extricate its boundaries to generate even more conflict or impact. Which is a prevalent bent among the recent ‘good’ Hindi films, whether it’s Amit Masurkar’s Sherni or Prateek Vats’ Eeb Allay Oo. It’s a transparent, guileless snapshot of a period and it’s rich in thematical observation, but that’s about it.

Shankar’s Fairies does have a few issues, but they are mostly confined to the measured dialogue writing. It’s one of my favorite Indian films of the year so far, pure and earthbound in its values and potent in its outlook towards the ever-developing nation from a third world.