Home»OTT»Netflix»Call My Agent: Bollywood [2021] Netflix Review – A show about the lives of talent agents works when it is leaning into satirizing Bollywood
Netflix/Reviews/TV

I wouldn’t have imagined that I would see the Indian version of a rivalry between Joan Crawford and Bette Davis a la’ Feud, but Call My Agent – Bollywood gave me that, by showing the petty rivalry of Lilette Dubey and Ila Arun, playing exaggerated versions of themselves. This second episode also contains the most memorable moment from the trailer, when during the funeral of Soumyajit AKA “Somu”, the head of the talent agency cleverly named ART, actors and directors like Ali Fazal, Richa Chadda, Jackie Shroff and Farah Khan, give eulogies about him, and they range from absolute cringe to pure unadulterated mockery.

Call My agent – Bollywood is the remake of the 2015 French show Call My Agent, which follows the day to day workings of a talent agency, and the so-called “star makers”, or talent agents. The show from the outset is a ripe source of satire, and creator Shaad Ali wastes no time in ensuring that he and his team of writers don’t lose that opportunity.

The winning point for Call My Agent, as a binge-able show, is in spite of its superficiality, it is watchable because it is genuinely funny. The humour, as well as the dialogues used for satire, is genuinely clever and cheeky at times.

Also, Read: 10 Films to Watch if You Like Kota Factory on Netflix

Writers Abbas and Hussain Dalal manage to capture the atmosphere at the talent agency, especially the competitiveness and the backstabbing that happens as the agents are always playing a game of one-upping each other in ensuring that they manage to produce the most coveted deal for their client. This, along with the regular sense of vapidness and ego among their clientele, ensures that we get hilarious results to enjoy. An Episode regarding a coveted Hollywood deal involving actress Dia Mirza falling apart leads to a conversation about the stigma of ageism in the entertainment business. 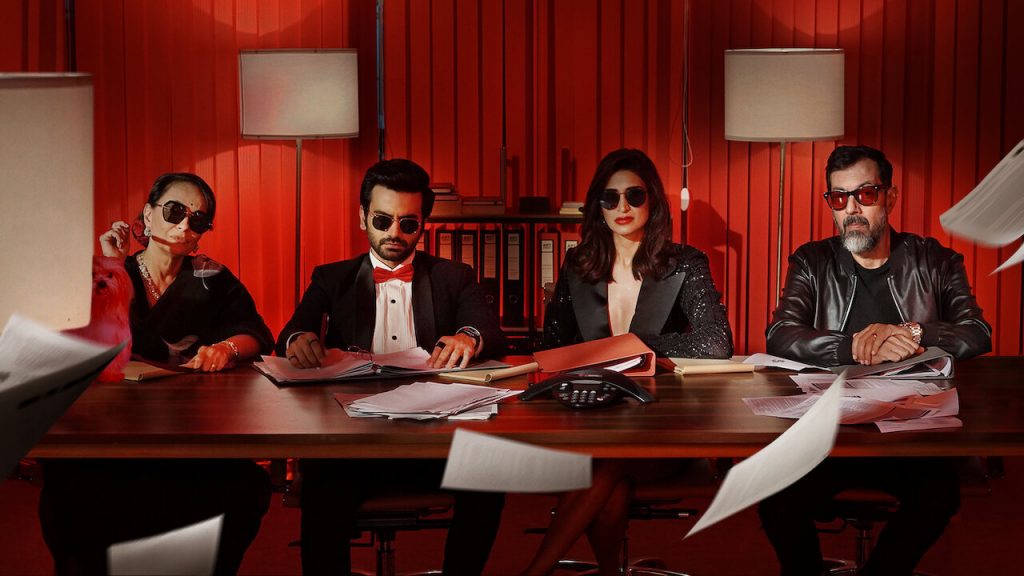 Similarly, episodes involving Lillette Dubey and Ila Arun and their rivalry, or an episode involving director Farah Khan and her audition process – these moments in Call My Agent are fodder for satire and fun, and Ali and his team of writers waste no time in showing the egos and juxtaposition of said egos and how these casting agents manage to massage said egos and get the job done. It also shows us that creative people in the film business with so much sense of entitlement and insecurities only have their casting agents as their closest confidantes.

Troubles arise when Call My Agent devotes its runtime on the personal lives of these casting agents, and while the format of a web series ensures that you have room to provide character development, unfortunately, Shaad and his writers are unable to get past the hangover of Bollywood commercial entertainment. As such the character development resorts to needless melodrama, sequences where characters spout platitudes and then look at the camera with utmost seriousness as the episode ends.

The biggest victim of this is Aahana Kumra’s character. A dominating and manipulative character who easily becomes the scene-stealer of the show as it opens, her outgoing nature, being a lesbian and proud of it, her sexual promiscuity makes her a character to watch. It all starts to fall apart when she tries to seduce the tax auditor, which in hindsight isn’t the most sensible of all moves, especially coming from a character like her who is supposed to be fun and intelligent and smart. It works because Kumra is a fantastic actress but the writers don’t know what to do with her, and that’s a recurring problem with all of the characters – the writers aren’t completely clear as to focus on which aspect of their personal lives.

The only character whose personal and professional life get a meaningful traversal is Rajat Kapoor’s Monty, but even then that thread feel extra stretched and unnecessarily melodramatic.

The production design and the technical aspects of the show bring to light the glitzy and dreamy nature of Bollywood and Bombay, foregoing the gritty aspect which we have come to associate with web series these days. Call My Agent – Bollywood is superficial escapism, where the satire of Bollywood and its actors and directors are the key highlights of the show.

From mocking Ali Fazal for playing the role of a slave in a Hollywood movie, Richa Chadda’s method acting to arthouse director like Nandita Das directing an action movie with Jackie Shroff in the lead, these moments make Call My Agent: Bollywood so fun to watch. Here’s hoping that the second act after the interval is far more focused on its satirical bent.

CALL MY AGENT: BOLLYWOOD IS NOW STREAMING ON NETFLIX

Number 26 (2021) Short Film Review: A Hypnotic Inspection of a Felony