In her debut short Number 26 (2021), an emerging Georgian director Gvantsa Mepharishvili examines the psychological turmoil of a ski school teacher Nika (Papuna Koridze). Set in Bakuriani a mountain resort in Georgia, the story follows the investigation of a mysteriously vanished girl from the youth skiing team. With its slow dynamics and observational fashion, the picture drags the audience into the complicity of accessory after the fact as both Nika and his girlfriend Nata (Nini Iashvili) know the girl is fatally killed on the slopes.

Internationally the film will be premiered at the main competition of the prestigious Uppsala International Short Film Festival (25-31 October). With a brief encounter, ‘Number 26’ is predominantly another embodiment of what has been coined as Slow Cinema by Jonathan Romney but the director breaks the rules of this cultural convention and establishes an indigenous cinematic climate.

The opening is designed as documentary footage of Nika living his life. It is later revealed that the videos belong to the missing girl and her loving affair with the instructor becomes clear. After the footage, Koridze’s personage appears rushing furiously to the knee-high snow and recognizes the dead girl with the number 26 (Ana). Hereafter Nika aims to hide the fait accompli to his colleagues or the police but clumsily reveals it to his girlfriend Nata involving her in the hazy secret. Subsequently, they attempt to conceal the truth together.

The frigid climate of winter-Bakuriani comes forth as the protagonist’s mental shape: his face is as cold as the mountain that appears from time to time during the picture and his movements are clumsy like the geography of the resort. Papuna Koridze with his stiffened face an aspiring film director himself establishes one of the most enigmatic and mysterious characters in the latest Georgian cinema.

The telephone footage could be described as ‘Michael Haneke-Esque’ and that’s why the picture emanates alienating nature from the beginning. The camera is apparently distanced from Nika remarking him in different kinds of social activities and emotional circumstances. He seems shipwrecked in conversations and public. With its minimalist and quite disturbing approach, ‘Number 26’ corresponds with auteurs like Bela Tarr, Sharunas Bartas, or Michael Haneke, it still reminds mostly of a 1962 Norwegian film by Arne Skouen Kalde Spor (Cold Tracks). Skouen examines the feeling of guilt and suspicion of Oddmund who left 12 comrades to death in a remote Norwegian mountain during wartime in 1944. 15 years later he visits the same place dubious about his guilt.

Likewise, the sense of envy and culpability throughout the cold and severe mountains of Georgia seems to be the central motif of Mepharishvili’s picture, and Nika also appears doubtful about his crime. He tells Nata “It will snow and cover everything, should have snowed today as well.” With these words, Koridze’s personage reveals his urge of embracing mother nature in his unconsiderable schemes. He constantly looks at the sky with the hope of snow and the essential doubt evokes here: will the universal power help Nika in hiding the disaster?

Russian-based cinematographer Ekaterina Smolina sets stupendous quality with minimalist framing. She constructs night scenes as the Neo-Noir genre fertilizing the film’s criminal overture and employs the slow rhythm to create a monumental undertone. Her maneuver with tracking, subjective, and the sometimes static camera is to follow slowly and discern Nika’s all-embracing frustration. She has already revealed her unambiguous flair of conveying the picture into a mysterious observation in another Georgian short ‘Night Duty Doctor’ (2017) by spouse directors Nato Gabunia and Grigol Janashia who are co-writers of ‘Number 26’, too.

The musical score composed with ambient electronic sounds and combined with high pitch piano is available with the footage of the film for everybody on YOUTUBE. It enhances the mystifying look of ‘Number 26’. The music is heard two times and in both instances, Koridze is in focus, thus these tones become the protagonist’s acoustic dimension in a dialectical sequence.

‘Number 26’ is a guilt-driven psychological thriller and seems to end up as a promising and striking exploration of villain personality in a ski culture where the director refuses to describe things precisely. If Jonathan Romney reports this kind of minimalist approach to film as Slow Cinema, I would classify it as a Cinematic Phenomenology. This kind of film avoids much of an explanation and especially this one declines to explain the world and becomes an acute description of the experience. 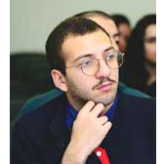 Call My Agent: Bollywood [2021] Netflix Review - A show about the lives of talent agents works when it is leaning into satirizing Bollywood