Daniel Craig’s James Bond is the best and the most unique because it came out during a time where the character’s sexist origins were at odds with the changing times. Hence the makers were conflicted about staying true to Bond’s roots or changing him for the better. Whether they succeeded or failed depends totally on your perspective. But it’s undeniable that that conflict resulted in the most vulnerable version of 007, which was only amplified by Craig’s immense acting prowess. Unlike his predecessors, this Bond has an urge to trust, love, seek revenge, and mask his broken soul with brutality. And No Time To Die (2021) boldly attempts to not only highlight these aspects but also give the spy the license to kill a profound and meaningful sendoff.

The Cary Joji Fukunaga directorial opens with a flashback featuring a young Madeleine Swann encountering a young Lyutsifer Safin. Then it cuts to Swann (Léa Seydoux) and Bond enjoying their time in Matera, Italy. And although things seem all sunshine and rainbows, it becomes apparent that oodles of unresolved issues in the couple’s lives (individual and mutual) are still unresolved. Sadly, when they get close enough to make peace with their pasts (the ones that can be made peace with), their efforts are impeded by the aspects of their past that cannot be reasoned with i.e. Specter and Safin.

This leads to mistrust and a time jump of five years, within which Safin has extended his reach to exact his plans while Bond has encased himself in a cocoon in Jamaica. But the thing about cocoons is that you have to emerge from them, with the catalyst, in this case, being Safin, and once you do, the end result is usually beautiful. Without a shadow of a doubt, writers Fukunaga, Robert Wade, Neal Purvis, and Phoebe Waller-Bridge have waded into deep waters to explore this version of Bond. They know that his origin in Casino Royale (2006) is synonymous with trust issues. 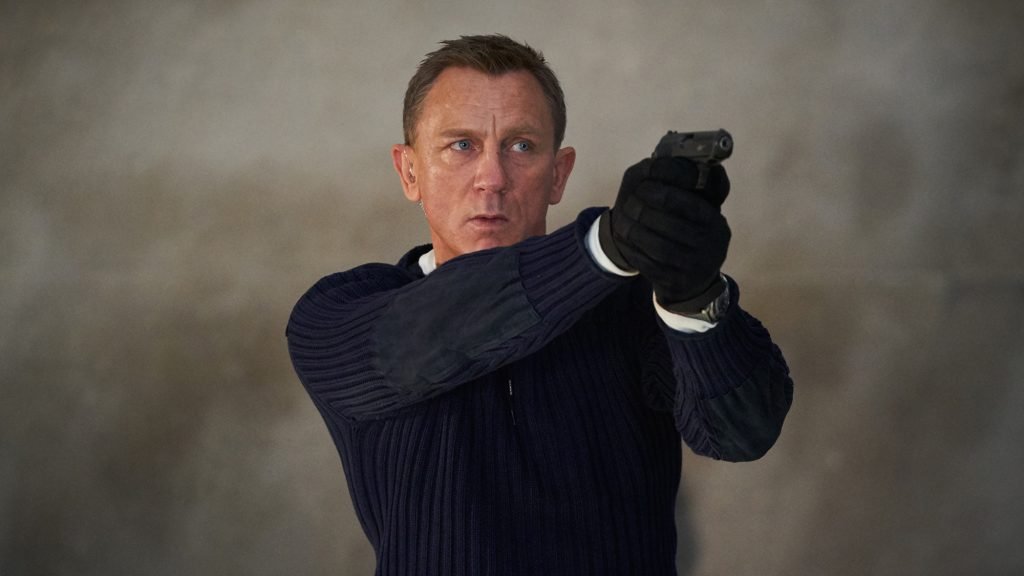 Bond’s reaction to that in Quantum of Solace (2008) was sheer recklessness. Skyfall (2021) opened with Bond being somewhat stable, only to be broken into pieces with M’s (Judi Dench) death. He reacted to that with yet another bout of recklessness in Spectre (2015), eventually convincing himself that he’s on a path of healing with Swann. But with the prologue of No Time To Die, it’s clear that he isn’t quite cut out for that as well because, as mentioned before, he’s a character born out of conflict.

He has one foot in the past, another in the future, and he is being torn apart, thereby exposing certain characteristics which were traditionally masked by machismo. However, in Craig’s Bond’s case, the writers embrace this turmoil and allow supporting characters, new and old, to fill in the cracks in the super spy’s otherwise smooth veneer. The two biggest examples are Nomi (Lashana Lynch) and Safin, representing Bond’s professional and personal issues, respectively. Let’s talk about Nomi first.

Every single mission and sub-mission is exquisitely directed by Fukunaga, shot by Linus Sandgren, edited by Tom Cross and Elliot Graham, and features some of the best sound designs your ears have ever heard. Since it is customary for Bond to go solo, he does. And he looks amazing while doing so. Kudos to Craig and his stunt doubles for knocking it out of the park. However, all of them end horribly because Bond is out of his depth. The era of one-man armies is gone. Is Bond ready to accept that? No. That’s where Nomi comes in to show him that he has aged (with a perfectly aimed jibe at Bond’s non-functional knee) and he needs help. Given Bond’s hostility, she naturally asserts her dominance in a disarming fashion. That said, as time passes, Nomi understands how Bond is hurting. Most importantly she understands why Bond is hurting. Simultaneously, Bond comes to the realization that Nomi is just trying to assist him through his transition phase and accepts her with a melancholic “thank you”. Now, that is some sublime storytelling!

Safin, though, is in no mood to reduce Bond’s pain because he believes he is on the same path as Bond (which indicates that in this universe, Bond has a kind of cult status). He is there to aggravate Bond solely because their stories are woefully tied together by Swann. And that does look like typical modern-day, mustache-twirling villainous stuff. But if you sit with it for a second or two, remember how Bond emphasizes the word “your judgment” while calling out M’s (Ralph Fiennes) misjudgment, and then really focus on the penultimate (heartbreaking) conversation between Bond and Safin, you’ll realize that it’s a commentary on how this particular genre of men are born vulnerable. However, they choose a life of violence as a response to it – which seems like an extension of the “orphans make the best recruits” through-line in the franchise. What does that beget though? More violence. Fanboys like Billy Magnussen’s Logan Ash. More death. The list is simply endless. What is the solution? The metaphorical and literal end of this practice is in order to make room for empathy first. Everything else is secondary. 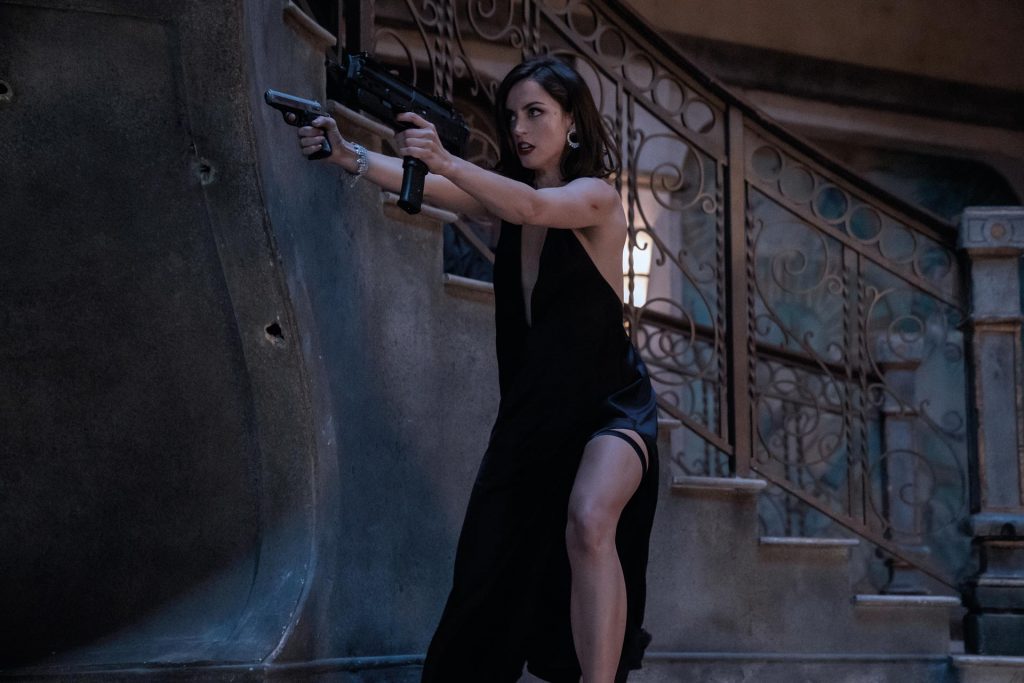 That said, all these metaphors and themes i.e. the movie’s writing would’ve fallen flat if literally, everything else wasn’t running on all cylinders. Believe it or not, this is the best-looking Bond movie (Yes, it tops Skyfall). The costumes (Suttirat Anne Larlarb) look fantastic. The production design (Mark Tildesley) is off the charts (Is a Bond movie, a Bond movie without a good villainous lair?). The title sequence along with Billie Eilish’s song is an instant classic. It sounds brilliant, with extra care taken to put the audience in Bond’s shoes during the explosive scenes.

Talking about shoes, Daniel Craig has left some shoes to fill. Because he hasn’t just given it his all. He has gone above and beyond, steering things on-screen as an actor and off-screen as co-producer, to ensure that everything that his iteration of Bond has stood for is rounded off as properly as possible. He allows this Bond to express more, facially and action-wise (keep an eye out for that oner), than all of the Bonds in cinematic history combined. But he leaves enough space for Seydoux, Ana de Armas’s Paloma, Jeffrey Wright’s Felix Leiter, Fiennes, Ben Whishaw’s Q, Christoph Waltz’s Blofeld, and Naomie Harris’s Moneypenny to aptly shine in their respective scenes. He has allowed all this conflict, vulnerability, critique, praise, pain, and love of making this series to flow through him to make for a finale that will stay on the mind of his fans. If that’s not masterful work, what is?

In conclusion, No Time to Die (2021) is one of the best Bond movies. It is one of the best movies of the year. It’s quite possibly one of the best movies of all time. If you have followed its pre-production, in-production, and post-production phases, and then watched the film, you will know why all of that is true. Fukunaga and his team have successfully managed to weave Craig’s entire journey as Bond with the character’s highs and lows and set a standard for future James Bonds to strive for. Whether that will happen or not, only time will tell. Until then, just put this gem of a film on repeat (instead of resorting to knee-jerk reactions) and lose yourself in it. Marvel at its frames. Absorb its sonic cues. Dwell on the plot. Laugh with it. Cry with it. Get thrilled with it. And thank Daniel Craig for being as awesome as he is.

The Chestnut Man (Season 1) Netflix Review – Nordic Noir at its grisly finest, but also at its aesthetic brightest.