The Chestnut Man (Season 1) Netflix Review: You need to be in a very specific mood to enjoy Nordic noir. This specific sub-genre of noir usually focuses on the Scandinavian regions, having a far more chilly palate visually, with plenty of red splashing blood, cut-off or torn limbs, bleak tone, bleaker subject matter, and compelling protagonists. The biggest features of Nordic noir which mostly help it to stand out are the socially conscious storylines, and how these socially conscious narratives blend in almost seamlessly to the main investigative plot thread. But of course, the biggest feature would be the visuals, whether it be the snow-clad mountainous valleys, or the forests with their reddened leaves during the peak of autumn, or the flushing green the drone shots capture while flying over the valleys, after the snows melt.

Created by Soren Sveistrup, the creator of the fantastic Scandinavian noir series “The Killing”, The Chestnut Man takes place in Copenhagen, where the police are shocked to discover a young woman murdered to death in a playground, with one of her hands missing. The killer leaves a calling card, “The Chestnut Man” – a makeshift doll made of two chestnuts connected with twigs to create the shape of a man. The investigation is soon assigned to Naia Thulin, an ambitious detective who is planning to move into cybercrime away from the Homicide division, thus effectively making this her lest case.

Related to The Chestnut Man (Season 1) – Here Before (2021): ‘SXSW’ Review – A Gloomy Psychological Noir with an Excellent Central Performance

Her boss saddles her with Mark Hess, a young detective from Interpol who is stuck in Copenhagen and waiting for the call to return from his organization. Almost immediately Thulin and Hess don’t get along because Hess doesn’t want to be here, and is killing time, while Thulin wants to investigate this case. But Hess and Thulin soon discover evidence in the piece of chestnut connecting this case to another mysterious disappearance of a girl almost a year prior – the daughter of the minister of social services. 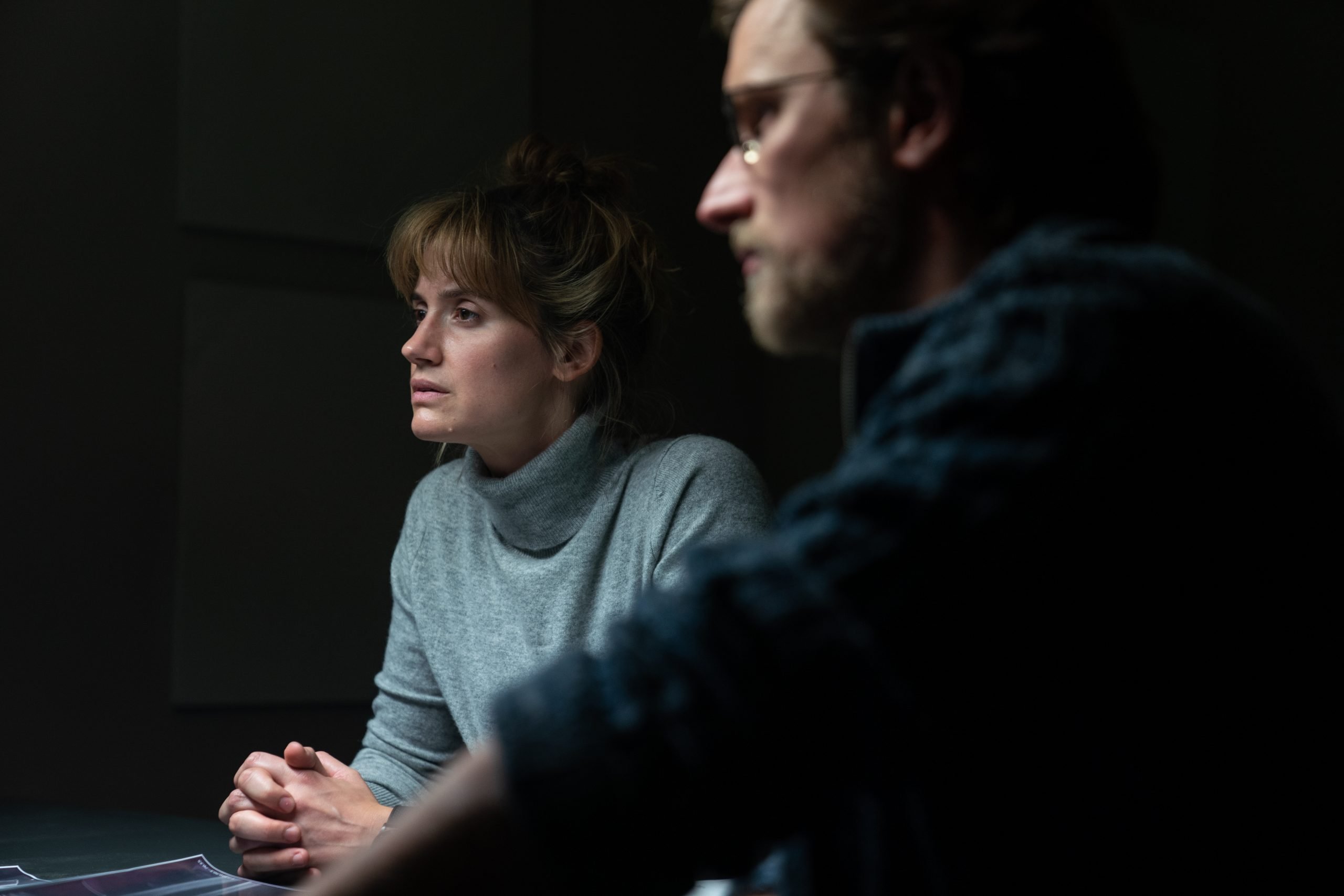 What makes The Chestnut Man so good isn’t the main investigative story thread, which is compelling and twisty like most potboilers. It’s the supporting storytelling that is equally compelling or even filled with realistic drama for the viewer to buy into. Thulin being in a casual relationship, and a single mother, is something viewers have seen in other shows, but what works here is Thulin’s acknowledgment of her own shortcomings as a mother and her trying to do right by that. Similarly, Hess’ story could easily have been the traditional brooding loner detective archetype who doesn’t get along, and honestly, Hess’ character does follow those tropes, but the story doesn’t delve into the melodrama of his situation unless absolutely necessary.

The third supporting story thread is where The Chestnut Man becomes a tad bit clunky. The introduction of Rosa Hartung and her family who are slowly recovering from the disappearance of their daughter is an interesting emotional drama, well-acted and well-executed, but at least the first two episodes felt like an outlier story from the meat of the main plot. Until in episode three when an odd sociological wrinkle into the plot is revealed, and suddenly the tapestry starts to form. Not necessarily the whole picture but definitely the motive of the existence of said plot comes into the big picture, making the viewer realize how integral that story is as well.

For any show to be distinctly binge-able, every episode must have a key event occurring, either in the middle, or as a cliffhanger, and like most well-crafted noir thrillers, every episode of The Chestnut Man (Season 1) has some event taking place. Even the red herring in this investigation is deeply impactful in how it is discovered as well as how it is resolved. But what struck out to me, both good and bad is the maintenance of tension by keeping revelations as slow as possible. Sometimes in case of heightened moments, the tension is almost unbearable; the release is equally cathartic. Other times, however, these events sometimes border on self-indulgence and even cause detriment in terms of pacing. The opening moments of the show as well as the final climactic moments are top-notch Scandinavian-noir storytelling.

The different visual palette from the traditional Nordic noir is a pleasant surprise here. Gone are the snowy, barren almost extreme palette, replaced by foliage heavy, reddened leaves filled palette, giving it a far more colorful aesthetic. But the contrast of this color palette is no less jarring with the violence and the severed limbs showed on screen, or the harrowing events being shown here. Danica Curcic and Mikel Boe Folsgaard as Thulin and Hess respectively are solid in their roles. The standout though is Esben Dalgaard Anderson as Steen Hartung, who plays the father of the missing girl, and he is fantastic in showcasing the grief of a father who is given the faintest of hopes when his daughter’s disappearance is linked to the new homicide case. The show is not for the faint-hearted, but it does end on a somewhat hopeful note, for each of our well-acted protagonists.

The Chestnut Man (Season 1) is now streaming on Netflix

Sounds Like Love [2021] Netflix Review: A Fleabag-esque rom-com that is not clever enough