Raame Aandalum Raavane Aandalum (or RARA) is the story of a young couple searching for their prized bulls which they love as their children. The disappearance of said bulls forces Kunnimutthu to be in a desperate search for his “kids”, a misnomer for which he is ridiculed by the police chief who is writing the Missing person report, as well as every other person he comes into contact with.

Now the comedic angle taken in this film is mostly situational, the dialogues too are easy to digest, and entertaining from a storytelling standpoint. But the screenplay is digressive to the point of meandering schlock. The story moves from showcasing Kunnimutthu and Veerayi’s first meeting to the story of the calves coming to their house for the first time, the story spends an inordinate amount of time building up to the inciting incident. It’s not that it isn’t watchable, far from it. It’s just so devoid of tension, or even a narrative surge, that the vignette form of storytelling would serve a purpose if there were no inciting incident involved.

The vignette form of storytelling does highlight the plight of the Indian villagers as well as the circumstances surrounding said village of the story. Collateral damage due to embezzlement and corruption has caused the village to be completely devoid of any basic amenities, and both the film as well as the plight of the said village gets a jolt when ace reporter Naramatha enters the picture literally and figuratively to point them in the right direction. And while Naramatha is played quite astutely by Vani Bhojan, one of the biggest problems this film has after the first half is bringing in an outsider to deliver lectures and remind what was lost. This clunky sort of delivery would have worked if the villagers were all clueless but Veerayi isn’t. She is a strong woman who isn’t afraid to speak her mind, which makes this entire plot point incongruous. 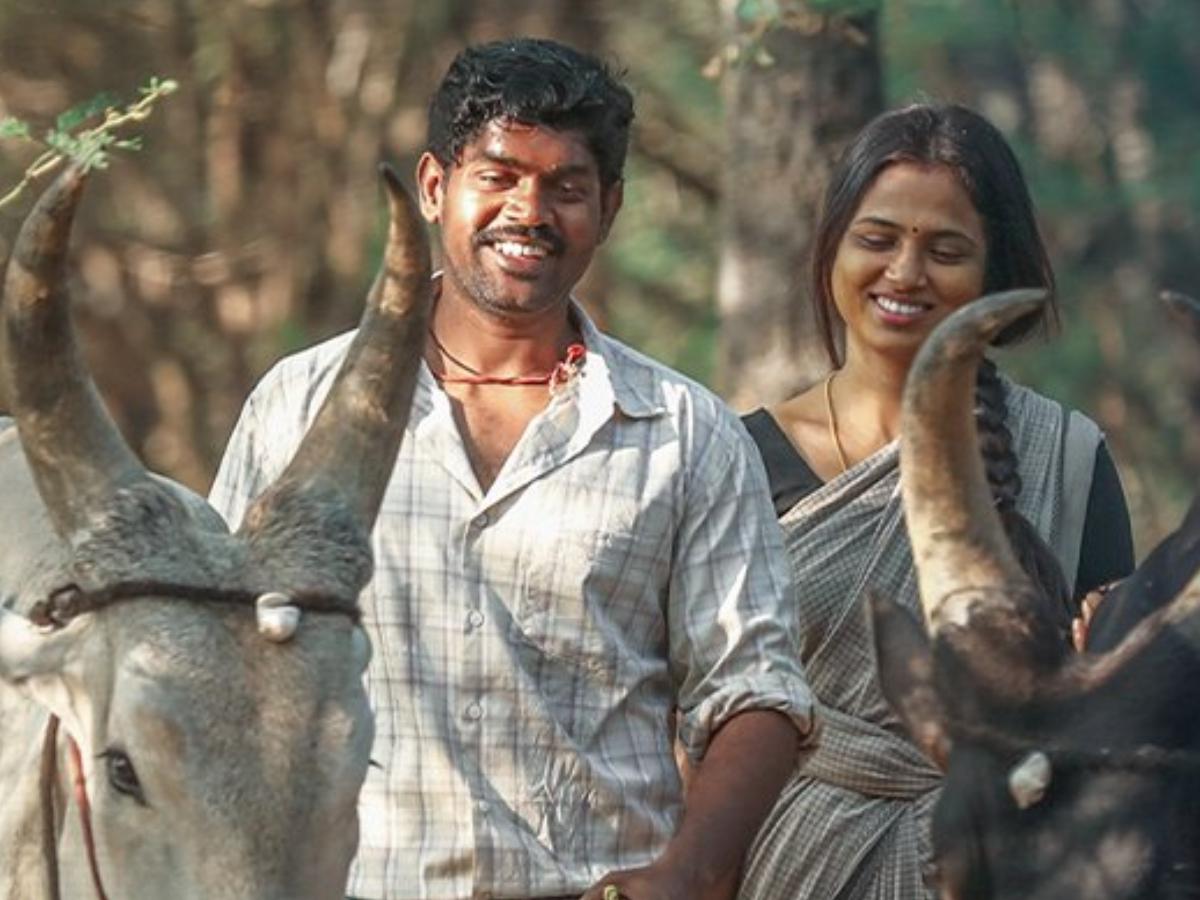 With Naramatha showcasing the villagers’ plight via the news channel she works in, the spotlight shown on the village brings in a horde of characters, and finally, the political satire starts to kick in. All of these moments of showing media as the fourth pillar of democracy and how weak that pillar really is becomes an admirable task, but it doesn’t feel anything new or anything different especially considering how much the current crop of Tamil movies have tackled socially conscious and politically conscious topics with far more depth.

As it stands Raame Aandalum Raavane Aandalum is an exercise in showing political satire on the surface, never really focusing beyond the traditional requirement. It’s not safe cinema per se, but it isn’t boundary-pushing either, and that’s a shame.

With such a long digressive screenplay, the pacing issues are a huge hindrance in narrative progression. Especially if you consider that the movie is edited in a vignette structure, and every emotional scene is underscored by loud blaring music or sad haunting but loud music. These commercial elements only serve to pad out what is already a fluff-filled film anyway.

Also, Read – VILLAGE OF THE DAMNED [1960] REVIEW: BEWARE THE STARE THAT BEWITCHES!

The other big problem is the existence of so many digressions, which thus tries to show humor from every aspect – the language barrier, the typical village humor, petrol implosions. At times the screenplay feels scattershot as if director Arisil Moorthy has trouble on which issue to focus. The resolution of the central mystery feels as random as its origin, and that while poetic also serves to highlight an aimless quality to the overall film.

Raame Aandalum Raavane Aandalum is a story with an interesting premise, and it does have its heart in the right place. The problem is its faltering execution, and the fact that other than having a heart, it doesn’t really have anything else. The cinematography by M. Sukumar does try to show a realistic picture of villages in terms of aesthetics, especially for a village-like Poocheri which hasn’t seen rain in years.