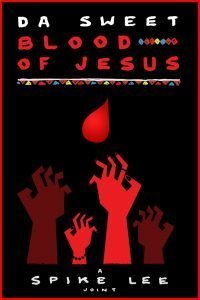 It’s not like Spike Lee to make a horror film, but although this vampire tale is billed as one, it isn’t particularly scary or even distressing in any kind of way. Instead, it is a fairly refreshing take on the vampire subgenre, though also a very flawed romance-drama film. Adapting the 1973 experimental horror film Ganja and Hess into the modern age, with Lee co-writing with the original’s writer/director Bill Gunn, Da Sweet Blood of Jesus is a bloodlust tale, a romance story, a cautionary analogy for addiction, and an exposé on the healing powers of Christ – kinda.

The very wealthy anthropologist Dr Hess (Stephen Tyrone Williams) comes into possession of an ancient Egyptian sword, which his colleague Lafayette (Elvis Nolasco) ends up stabbing him up. Though Lafayette soon kills himself, Hess awakens and finds he is an immortal vampire, for whatever reason. Then Lafayette‘s unsatisfied wife Ganja (Zaraah Abrahams) shows up, Hess tells her her husband is dead, and she doesn’t seem too bothered and immediately begins a relationship with Hess. Y’know, just ‘cause.

Of course, she too becomes a vampire and this couple spend the rest of the film trying to quench their thirst for blood. Not your usual realistic culturally relevant Spike Lee joint, and really, it doesn’t feel like this excellent filmmaker is working at his usual level of excellency. It seems ambitious for him to approach a genre film for a change and put his own spin on it, but the end result is a fairly laborious and not particularly intriguing or involving piece of fiction, though the nicest thing you can say is that it at least feels like an original entry in this vampire sub-genre. 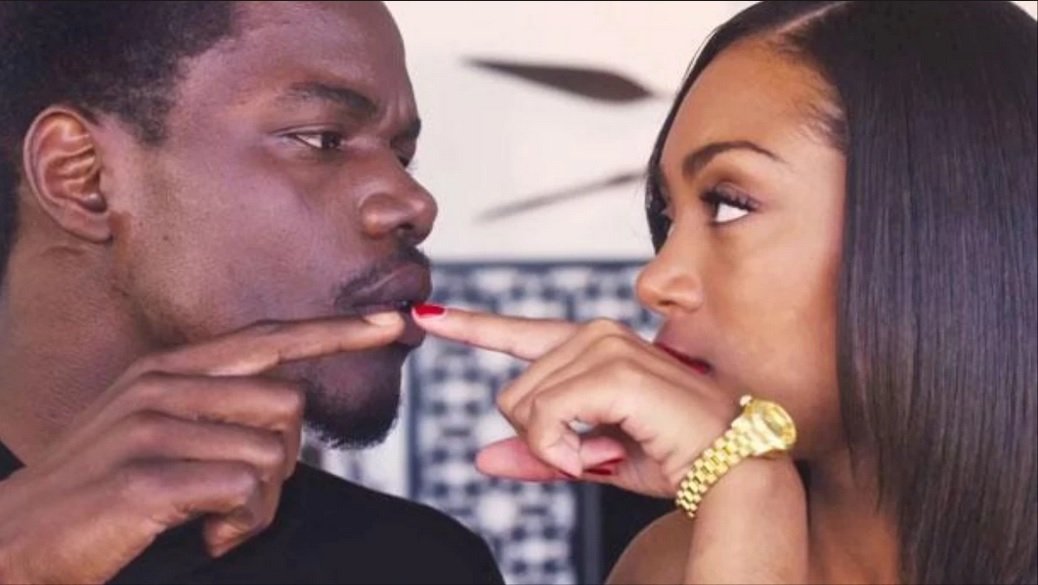 One of the main issues it faces is when it tries to make this rushed relationship identifiable, which it at least draws out these two characters, but can’t convince us of their new romance. There is unfortunately the feeling throughout that this film (supported by Kickstarter) was rushed into production, despite Lee having creative control and freedom over this production like any other of his.

Another big issue is the tonal confusion, typified by the unsure scene when Hess finds a clearly suicidal Lafayette trying to hang himself in a tree on Hess’ large property, which is played for astute and deadpan laughs, which is fine, but it’s not in tune with the seriousness of the rest of the film. There’s also the scene where Ganja tells Hess how her father told her as a kid she was doubly fucked in life because she’s a woman and she’s black  – given that this is Spike Lee, this scene is unfortunately not meant to be played for ridiculous laughs at the bluntness of such a tear-stained soliloquy filled with identity politics sadism.

Lee can be brash and purposefully contradictorily, but usually not confused. So the big issue here is how befuddled this is over its message of love and faith – the redemptions and heart-breaks and sacrifices here are present, but co-exist amidst such tangled and tenuous connections. Lee throws in all these topics, but he doesn’t find the time to articulate them within this narrative, so there appears to be no final conclusion to this story. 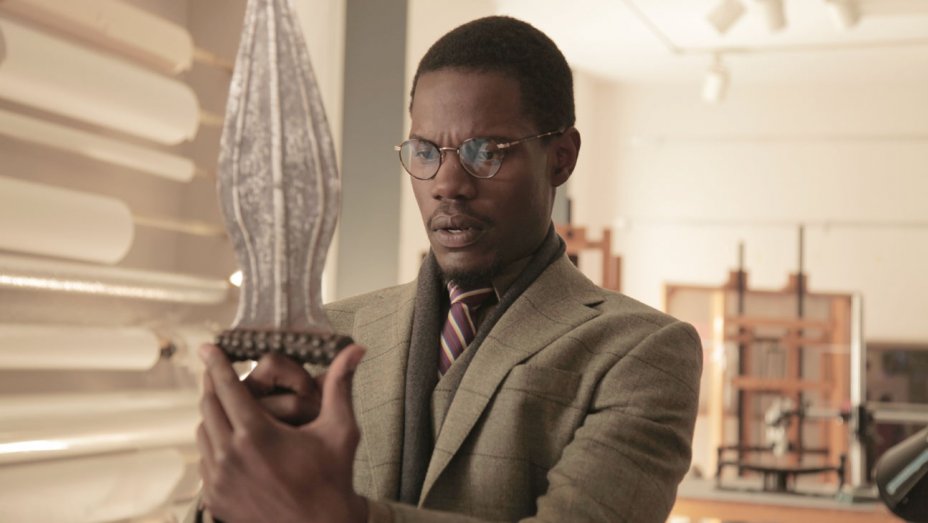 Despite the confusion over tone and message, Da Sweet Blood of Jesus is at least often entertaining. Amidst some mostly smooth pacing, the dialogue is oftentimes nicely snarky and written in an upfront manner, with Tess’ withdrawn sense of cynicism matching well with Ganja’s bitchy attitude, and these two actors fantastically fit into these characters. Another enjoyable part of the film is seeing Rami Malek in an early role of his, playing a butler to Hess, who becomes slightly more involved in the story as it goes on, adding even more barely controlled chaos to this blood-sucking situation.

The one scene here that feels the most like Lee working at his usual height shows a gospel song, joyfully repeating the phrase “You’ve got to learn to let it go. You’ve got to know when it’s all over, all over”, which gets a rising performance from each of the singers. It’s a lengthy sequence (though not overlong in my books) and it would’ve fit better in this film it this story was dealing more with “letting it go”, but it still works as its own isolated scene and for once here exemplifies Lee’s masterful skills and his passionate display of religious elation (not to mention it displays some fine sound editing that brings attention to one performer to another).

This let-down of a vampire film from a celebrated New York auteur working outside their comfort zone (with negative results) is reminiscent of like-minded The Addiction, directed by fellow New Yorkian Abel Ferrara, another ambitious and interesting take on the vampire mythos that ultimately suffocated, not able to uphold their filmmakers’ usual quality. If you’re interested in these filmmakers and making your way through their filmographies, well, you might as well check them out, in the off-shoot that you love them in ways other viewers didn’t.

It’s the confusion over the message and the lack of purpose that Da Sweet Blood of Jesus ultimately comes to that makes it an underwhelming and disappointing watch. This film hasn’t been recognised as a high point of Spike Lee’s career, and it’s no wonder. He’s made some underrated films over the years and decades, but this is one that deserves the extremely light acclaim it’s gotten.