Andrew Nackman’s second directorial venture, Paulie Go! (2022) revolves around a high school AI prodigy named Paulie (Ethan Dizon) with poor social skills. Nackman and his screenwriter Jake Greene waste no time in setting up this coming-of-age comedy. Paulie’s application to join his beloved professor Chuch Shikenjanski’s (Bernard White) robotics lab gets rejected. Disappointed and infuriated by the rejection, the headstrong Paulie steals his uncle’s van and sets out to confront the reclusive professor, who lives somewhere in Northern Minnesota in an isolated lake home. The people Paulie meets alongside the little adventures and major realizations he has to make up the rest of the narrative.

Paulie Go! seems to be moving at a breakneck pace initially since the writing doesn’t give us enough space to get to know Paulie. Moreover, the teenager’s instant decision to embark on a long road journey across state lines come across as irrational, though it sounds somewhat interesting for a cinematic narrative. The film is based on a character developed by Nackman for the 2012 short film Paulie. Ethan Dizon played Paulie in the short film too. The 10-minute short offers us more context on Paulie’s personality. 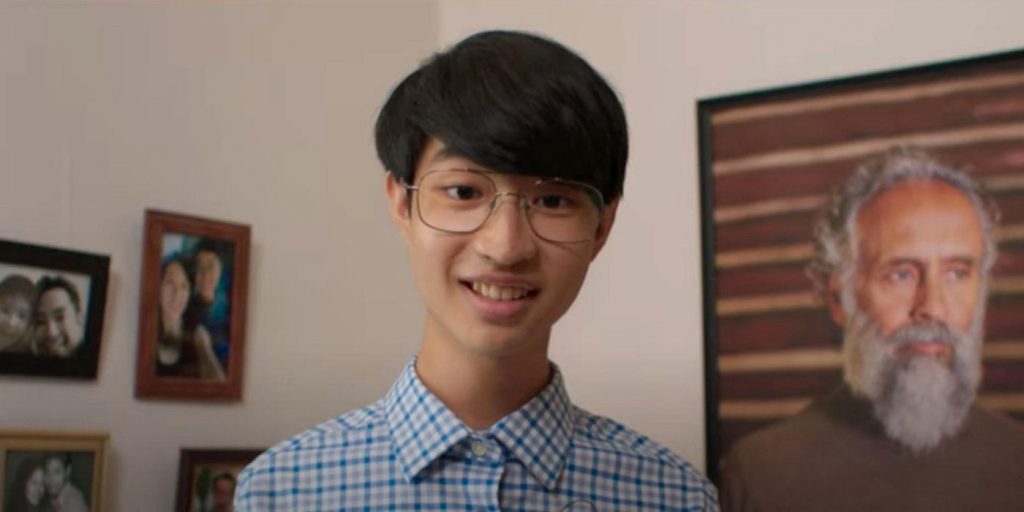 In the short, Paulie is a 9-year-old doing his 7th grade. Born to Filipino-American parents, he’s always the smartest boy in the class. From exams to spelling bee contests and science fairs, Paulie aces everything. However, he loses first place in an essay competition to a class bully named Tony. This bothers Paulie, and he is sure that Tony cheated. Paulie’s obsession with being the best and his anti-social behavior is emphasized in this funny yet low-key short. The 17-year-old Paulie is very much into robotics and AI, but his character traits remain the same. Hence, it is rational for him to single-mindedly track down a professor among the labyrinthine lakes of Northern Minnesota.

Related to Paulie Go! – Marvelous and the Black Hole [2022] Review: An Honest Coming-of-Age Punctured By Its Visual Experiments

Ethan Dizon is such a wonderful performer. Paulie is fiercely independent, and yet there’s a strong desire to get acknowledged and appreciated by his peers. The high-school-going Paulie has also lost his dad. And he probably thinks he has found a father figure in Professor Chuck. Ethan maintains the right balance between Paulie’s headstrong impulsiveness and emotional vulnerability. Despite the flaws, Ethan makes us root for his character. Previously, Ethan has delivered a moving performance in the indie drama The Inevitable Defeat of Mister and Pete (2013). He has also played Peter Parker’s classmate in Spiderman: Homecoming (2017).

In his journey, Paulie meets Avery (Madison Wolfe), the 18-year-old daughter of the local sheriff Anderson (David Theune). Avery is an expert angler who makes fishing videos for her YouTube channel. It’s her only coping mechanism in order to not get overwhelmed by the flurry of personal issues that includes an absentee mom. She is a character with believable contradictions. Avery is strong as well as vulnerable. Smart and misguided. Naturally, Avery and Paulie initially despise each other. But in exchange for a favor, Avery decides to help the fellow teen navigate through the maze-like waterways of Northern Minnesota and find the Professor. Paulie finds Chuck eventually with Avery’s help. However, the strange encounter only brings disappointment.

At the same time, Paulie and Avery find a middle ground and forge a friendship of sorts. And soon, they find out the hidden truth behind Chuck’s identity. And through the trio of lonely characters, Nackman makes a hilarious and engaging commentary on modern social anxiety and alienation. There’s an inherent irony in the protagonist’s mission to boost the emotional intelligence of AI, which is rightly pointed out by Avery. Paulie Go! do take certain darker turns dealing with teen pregnancy and mental health issues. Nevertheless, Director Nackman and writer Jake Greene’s understated and disarmingly human take keeps everything grounded. They never underestimate the intelligence and resilience of their teenage characters. On the outset, the film has an implausible premise and is full of typical cinematic coincidences (few clichéd dialogues as well). Yet the brilliant, quirky performances and fine direction bestow us with a feel-good film experience. 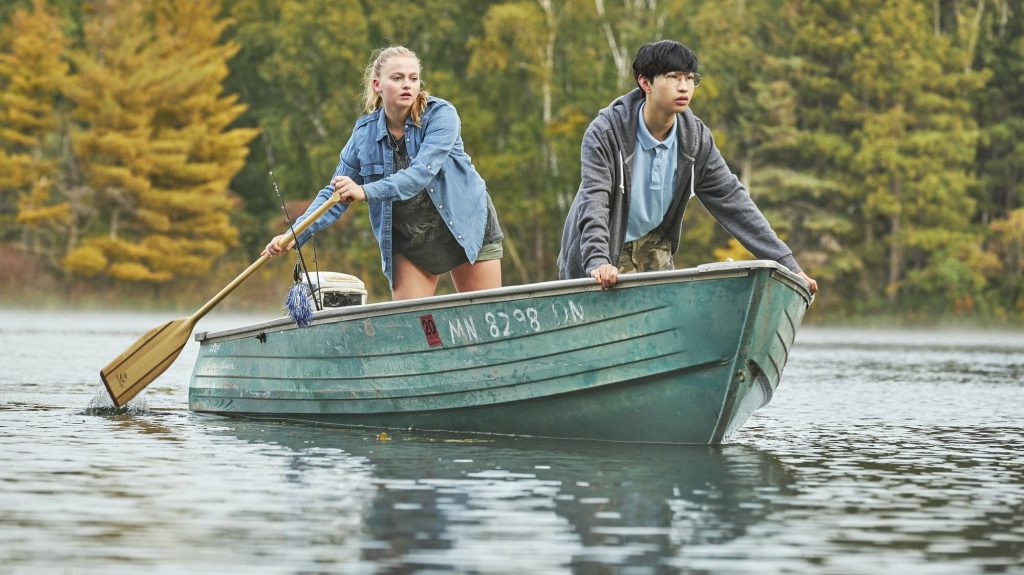 The endless maze of Minnesota waterways and the alluring wilderness becomes a character in itself. The colorful world around Paulie and Avery is wonderfully shot and framed by cinematographer Hana Kitasei. The film simply shows the beauty of human connection and how there is no substitute for that.  It says that we can’t control our fate or other people’s lives, and our plans can go wrong. However, the solution isn’t isolating oneself from fellow human beings. We need to try and embrace life and cherish its complexity and serendipity.

Overall, Paulie Go! (86 minutes) is an enjoyable coming-of-age comedy spearheaded by poignant performances from Ethan Dizon and Madison Wolfe. It celebrates individuals’ passions and idiosyncrasies and also highlights the need for true friendships in order to navigate our way through life.