Lebanese writer-director Ghassan Salhab’s Locarno-premiered film The River (2021) is the last of his landscape trilogy, the previous two films being The Mountain (2011) and The Valley (2014). While I’m not entirely familiar with his work, Salhab seems to be a storyteller who is unapologetically committed towards the slow cinema movement and shapes genre drama out of the existing political realities of his nation. Also, he tries so hard to be effortless that his work comes off as plainly lazy.

The River (Al Naher) revolves around an unnamed couple. The man and woman, presumably in wedlock, are done with their eating and are set to leave the hill-top restaurant surrounded by wilderness. Suddenly, fighter planes scream past them at a low altitude. At a closer distance, war seems to be breaking out once again, already. When the woman gets lost from sight, the man looks out for her. He finds her at the other side of the mountain.

The rest of the film finds the man and woman running past the rugged terrains and multiple forests to find a way of escape and sinking into the dense, twisted trails of nature. This is an increasingly terrifying progression, but Ghassan resists any temptation to craft a film that is explicitly layered and is convinced of the narrative broadness. This is rather unfortunate because his film lacks enough heart and as it progresses towards its climax, it becomes all the more boring.

The conflict between Lebanon and Israel forms a suggestive backdrop of the film. An added understanding of the war’s political and cultural impact on Lebanon is important to read the apocalyptic allegory of the film. The Israeli-Lebanese dispute may be contracted into a timeline of 23rd July 1968 to 18th August 2006. However, it isn’t as simple as that. It peaked in the 1980s to cause the Lebanese civil war. But it is still pretty much sound despite its diluted intensity. Even as I write this, Lebanon has registered a reproach to the UN. It says that Israel blatantly infringed Lebanon’s airspace at a low altitude for a military strike. 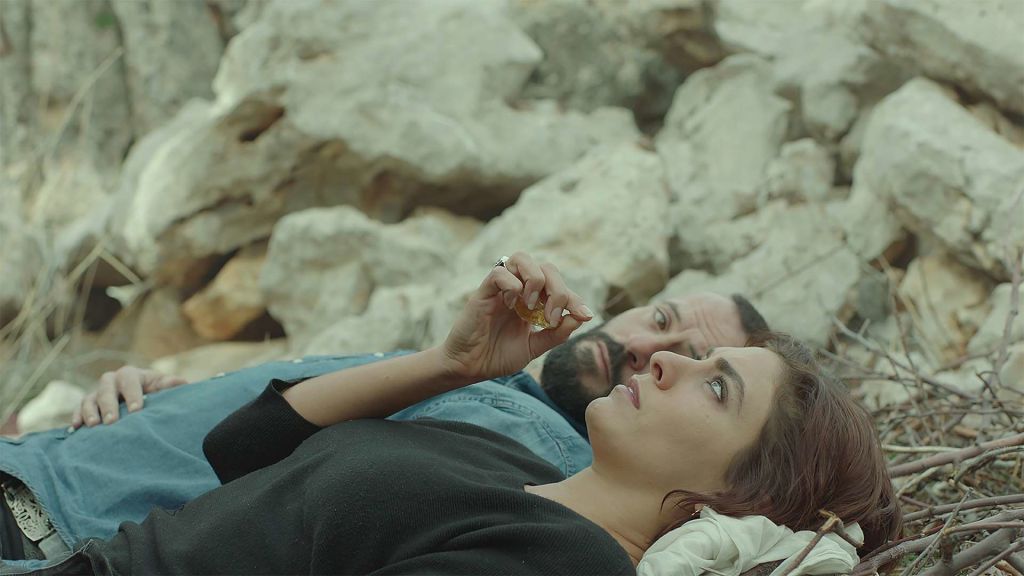 While the similarity between such a recent event and the premise of Salhab’s film is symbolic of the gravity in this ruthless lack of humanity, after a point it gets so heavy-handed and unoriginal that one would have to suspend the sensitivity of its politics and anti-war statement. Most of the time, an aura of mystery veils in this film. So much so that it feels like the film has nothing meaningful to say. Bassem Fayad’s cinematography doesn’t capture the beauty of Lebanese autumn with his heart on it. This, to an extent that it feels neither bleak nor attractive. The editing is badly disjointed in the film’s first hour, though it slightly works for the second half.

An anti-war film has a few textures that, although familiar, adorn even the most minor cinematic work with urgently heightened impact. A microcosmic, detailed dive into the more humanistic aspects of war, the unfortunate loss of lives and innocence, and themes such as patriotism and survival could play out intelligently. None of these humanitarian viewpoints marks their presence in the film.

However, the acting performances are all the more atrocious. Ali Suliman and Yumna Marwan lack even basic chemistry for a romantically engaged couple for a chamber piece. Both of them have plenty of space to flesh out their characters in silences. But they turn out to be as bland, dull, and banal as the film.

I don’t have reservations against the slow cinema movement. On the contrary, I feel it’s the most beautifully composed of all film movements, bestowing us with gems such as Tarkovsky’s Andrei Rublev (1966), Cristian Mungiu’s 4 Months, 3 Weeks and 2 Days (2007), and most recently, Chloe Zhao’s Nomadland (2020). There have been brilliant chamber films too, ranging from Hitchcock’s Rear Window (1954) to Bergman’s Persona (1966). We also have seminal combinations such as Michael Haneke’s powerful Amour (2012). The River, a Franco-Lebanese-Qatari production, seems to strive to put these films to a bad name. It doesn’t even make an effort for some decent twists to pay off. Thus, it remains an incoherent, quiet series of simultaneous photographs put to sound mixing. It’s just an overlong and tedious mystery replete with lazy filmmaking.

THE RIVER (AL NAHER) PREMIERED AT THE 2021 LOCARNO FILM FESTIVAL

Zero to Hero [2021]: 'NYAFF' review - A compassionate look at the Life of a Paralympic champion