Draped in a sick, twisted, and demented sense of paranoia, Paul Verhoeven’s Elle is a psycho-sexual character study of a woman in control. While there isn’t much to take away from this film, the sheer authenticity in Isabelle Huppert’s performance plus a screenplay that constantly pushes boundaries makes this film an incredible thriller that laughs at you for judging it too soon. It’s symbolically unsettling that Elle ends with a lingering shot of a cemetery after beginning with an extremely violent sexual molestation. In a day and age where Koreans dominate the revenge sagas, this is another stark red rose on the graves of Hollywood thrillers. It lays waste to all the conventionalism, normalcy and builds a castle of sadism and repressed urges that is captivating and often, sickening to look at.

Provocatively twisted, Elle is a master of surprises. It swings unimaginable curves and refuses to be caged in a single genre. With Huppert giving one of her most nuanced performance, this European cocktail is a whirlwind of dark humor that might become too acidic for some. But for those who have the stomach to digest this cultural shock, to look beyond good and evil, to absorb the grey of rainbow, will find themselves gasping for breath even before this social disaster reaches its apex. 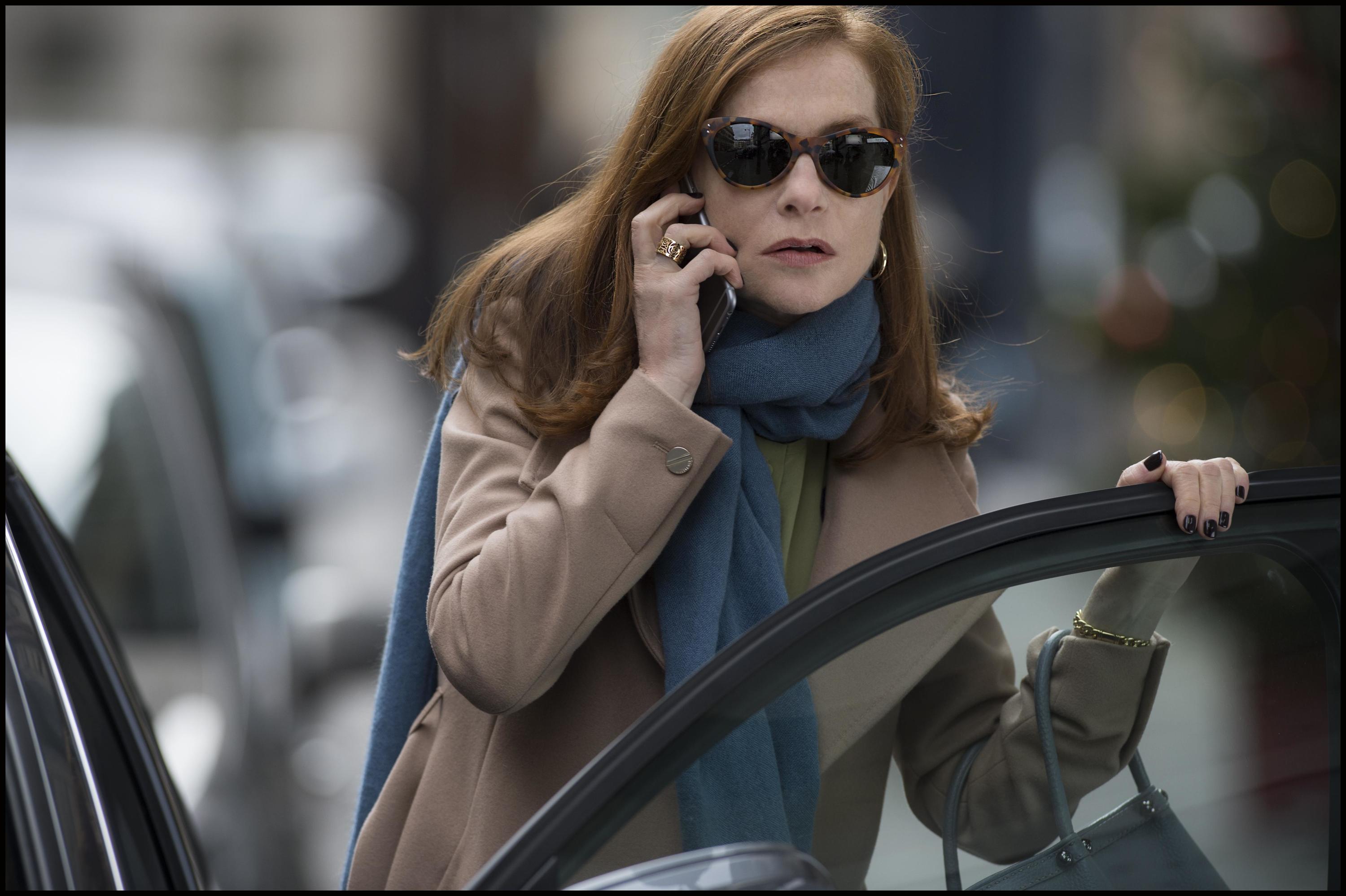 By far one of the weirdest movies I have ever seen, that’s how I would put it.

Elle means “She” or “Her” in French and the “She” here is Isabelle Huppert’s Michélle aka the most twisted cinematic character of the year, that I have come across. I watched the movie almost a week ago and this is the first time I’m writing about it. Because it weirded me out so much, that I couldn’t figure out what to write about this movie initially.

Paul Verhoeven’s Elle is a modern masterpiece. It’s a genre-bender, where a devilish black comedy masquerades as a psychological thriller/drama. It gives you a victim in its very first scene, and a familiar mystery of “who is the perpetrator?” only to fool you as in the end, it doesn’t even matter. The line between good and evil becomes so bleak in the movie, that you often get confused about what is really happening and what this character is actually upto. This is a sensual movie, given its topic, which offers you a new (and often disturbing) perspective about sex and your sexual fantasies (and desires).

It’s an extremely well-made, challenging movie which doesn’t entertain you much but leaves a deep, disturbing impact on you. Sometimes, that’s all our dark souls really crave for.