Sofia Coppola comes from a family of successful filmmakers, most notably her father Francis Ford Coppola. However, Sofia Coppola has been able to break away from her father’s shadow and secure herself firmly within the film industry’s esteemed directors. Her repertoire consists of The Virgin Suicides, Marie Antoinette and the critically acclaimed Lost in Translation.

Many of Coppola’s films deliver a distinct art-house feel, as many of her movies rely on compelling visual aesthetics to explore various themes and emotions within her characters. Sofia Coppola has proven her ability to articulate the complexities of individuals, particularly from a female perspective, and has stated that she is interested in using subtle, intimate moments to show transitions and changes in her characters.

The theme of contrasts is also particularly prevalent throughout Coppola’s films, using themes such as light and love against darkness and death. These oppositions help to distance Coppola’s works from the typical cliches found in cinema and helps to distinguish her as a creative and original director. 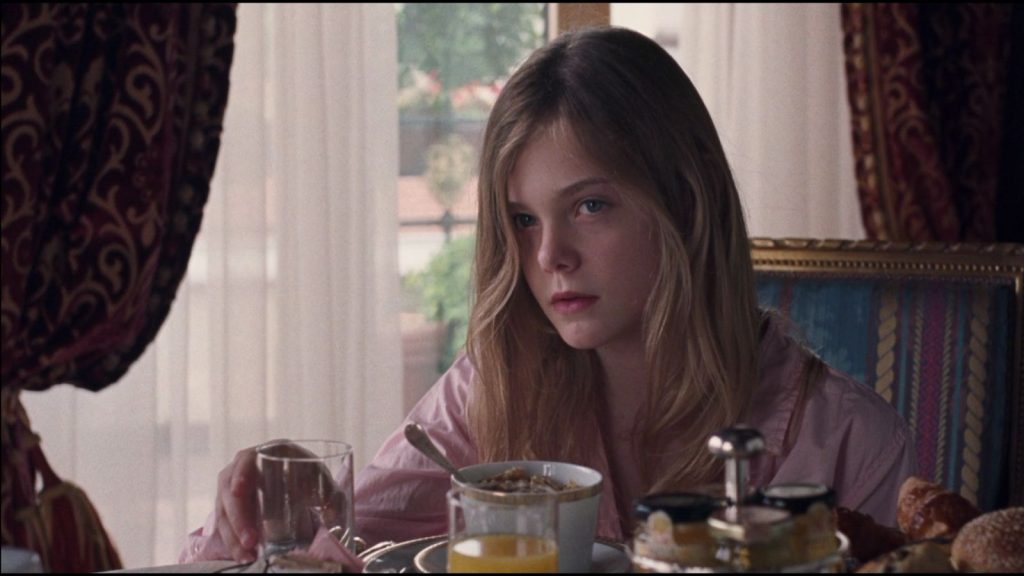 In spite of the critical praise Somewhere rightfully received, it is largely underrated amongst Coppola’s collection as it lacks the alluring intrigue and drama found in it’s better-known counterparts. Sofia Coppola opts for a much slower pace which allows the audience to find simple beauty within the visual subtleties and thought-provoking storyline.

Coppola embraces this slower-pace immediately as the opening scene shows a Ferrari driving around the desert in circles for a whole two minutes whilst the camera remains static. This memorable scene sets the tone for the film as themes surrounding loneliness and feeling lost are explored in gradual depth. The story follows an honest and no-frills account of Johnny Marco who is taking the solitary road of meaningless, self-destructive behavior hidden behind his successful celebrity facade. Coppola’s signature contrasts appear as Marco’s young daughter is introduced and the audience is able to see a distinct and refreshing shift in Marco’s mindset.

The crawling pace and simplicity of the film allow the audience to truly engage with the candid outlook on the complexities of parental relationships as well as appreciating the genuine evolution of its central character. 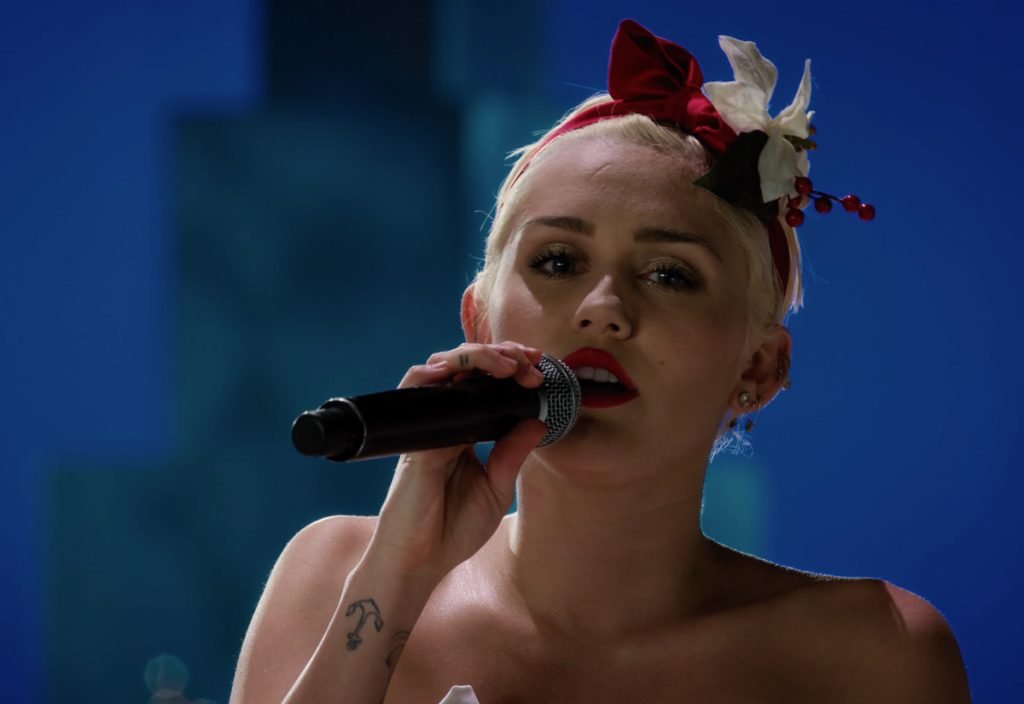 In 2015, Sofia Coppola made an uncharacteristic move by delving into the world of musical Christmas movies. This was certainly a risk, as it strayed well away from Coppola’s usual cinematic style and proves she is far from a one-trick pony. Whilst A Very Murray Christmas certainly contains many of the festive elements you would expect, it also manages to stay away from the cheesy clichés and the predictable romantic storylines.

Interestingly, the film lacks a structured storyline and instead follows Bill Murray as he spends a musical night surrounded by an array of characters played by an all-star cast. Rather than following the usual extravagance attached to musicals and Christmas movies, Coppola opts for a much more low-key and intimate viewing experience as much of the film takes place in a dark but cozy New York bar. The modest setting and absence of predictability is refreshingly down-to-earth, whilst Murray’s dark sarcastic humor adds subtle elements of playfulness.

Of course, this would not be a Sofia Coppola movie without the use of distinctive visuals. This is delivered in all it’s festive magic as you are briefly treated to a lavish Winter Wonderland scene, comically completed with George Clooney and Miley Cyrus. This bizarre disparity between the comfortable bar and the whimsical wonderland is a perfect representation of Coppola’s signature contrasts, with a lighthearted festive twist. 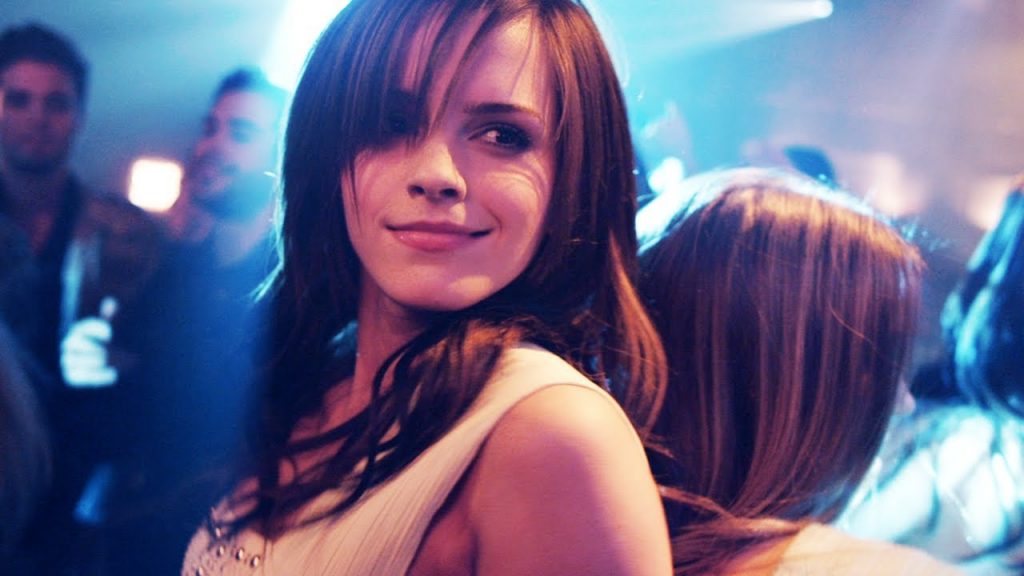 Sofia Coppola is distinguishable due to the intriguing visuals used within her films. The Bling Ring is unique amongst Coppola’s impressive portfolio as it is the only film to be shot completely using digital, as well as using handheld cameras and snippets from real televised news. The result is a distinctive documentary feel, appropriate as the film is based on real events.

The true story follows a self-entitled group of teenagers who cause havoc throughout Hollywood’s elite by robbing their homes for material possessions and flaunting their stolen treasures across social media. The film is largely satirical as Coppola embraces and emphasizes the over-the-top stereotypes that exist within the world of celebrity culture and the obsessive need to increase social status through material possessions.

Related to Sofia Coppola: Mustang (2015): The Oppressor v The Oppressed

The Bling Ring, like many of Coppola’s films, maintains it’s a visual appeal as the film is shrouded in glamour, with the use of beautiful accessories and high-class fashion. Despite this, Sofia Coppola plays with contrasts by showing the allure of Hollywood alongside underlying themes of crime and danger. Perhaps a nod to the smoke and mirrors prevalent throughout the world of celebrity and the elite. 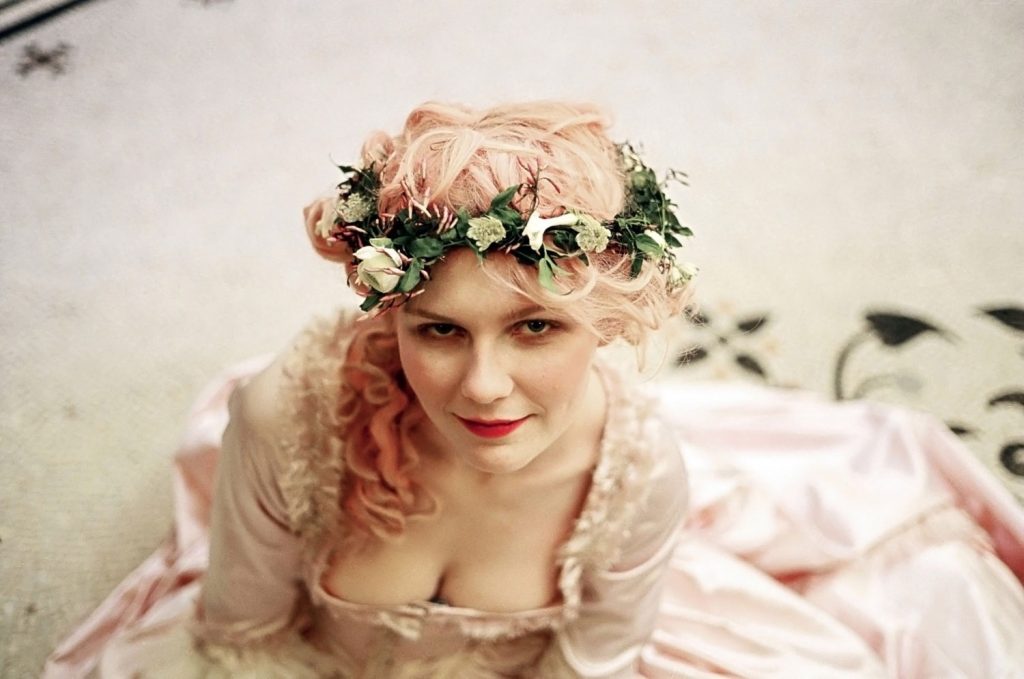 Upon its release, Marie Antoinette famously made headlines when it was controversially booed amongst the French critics at the Cannes film festival. It seems that Coppola’s glamorous and empathetic depiction of the notorious queen was not well-received by those who still consider her one of the most hated women within French history. However, did the film deserve the negative reception?

Coppola defended her bold choices by stating that she did not want to follow the typical and overdone style of historical films. Rather than conform to the conventional, Coppola put her own notable spin on the film by adding modern elements such as the subtle converse shoes and the not so subtle music. The heavy use of The Strokes throughout the soundtrack gives the film a daring edge, which perfectly contrasts with the romantic and classical setting. The rock music also helps to emphasize the political scandal and drama which surrounded Marie Antoinette, something which is compellingly exaggerated for the film.

Similar to this Sofia Coppola Film: Yorgos Lanthimos’ The Favourite (2018)

Despite the unrest at the core of the film, Coppola ensures striking feminine visuals with the vast use of elegant pastels, from the extravagant sets to the artistic costume designs. The sense of rebellion created by the music, combined with the delicacy of the visuals, creates a paradox in both the film and the main character herself. The latter helped to transform Marie Antoinette into a relatable and sympathetic teenage girl, which shows how Sofia Coppola is able to portray, even the most hated woman, with a different perspective. 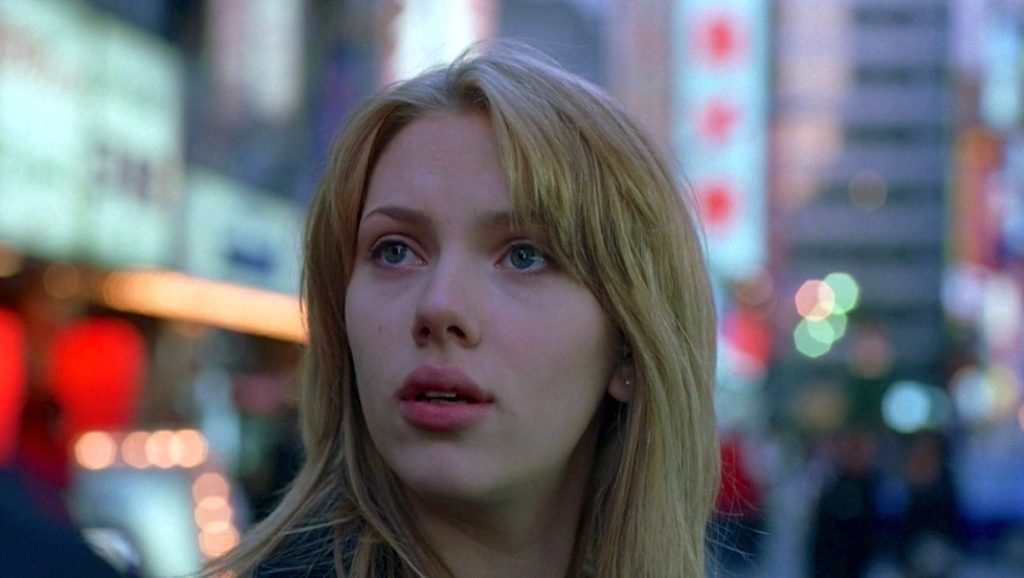 Lost in Translation is likely Coppola’s most well-known film, earning her several awards, including a coveted Academy Award for best screenplay. The success of the film is well deserved as it exhibits impressive visuals and sets to convey hidden and subtle messages within the plot.

The film is ultimately an understated love story that follows the two central characters on their journey of self-exploration and shows how their blossoming relationship helps them to find their separate paths. Set in Tokyo, Sofia Coppola utilizes the bright lights and expansiveness of the city to represent the sense of feeling lost and lack of direction within the two main characters. The electric visuals and commotion in the city differentiate with the muted hotel bar in which the main characters frequently meet, and represents the harmony they are able to bring out in each other.

The visual representation of being lost in a big city to the characters being lost within themselves makes the film both welcoming and relatable for its audience. Coppola rejects the typical cliches found in romance films and instead focuses on how relationships can transform people as individuals – making Lost in Translation much more complex than a typical love story. 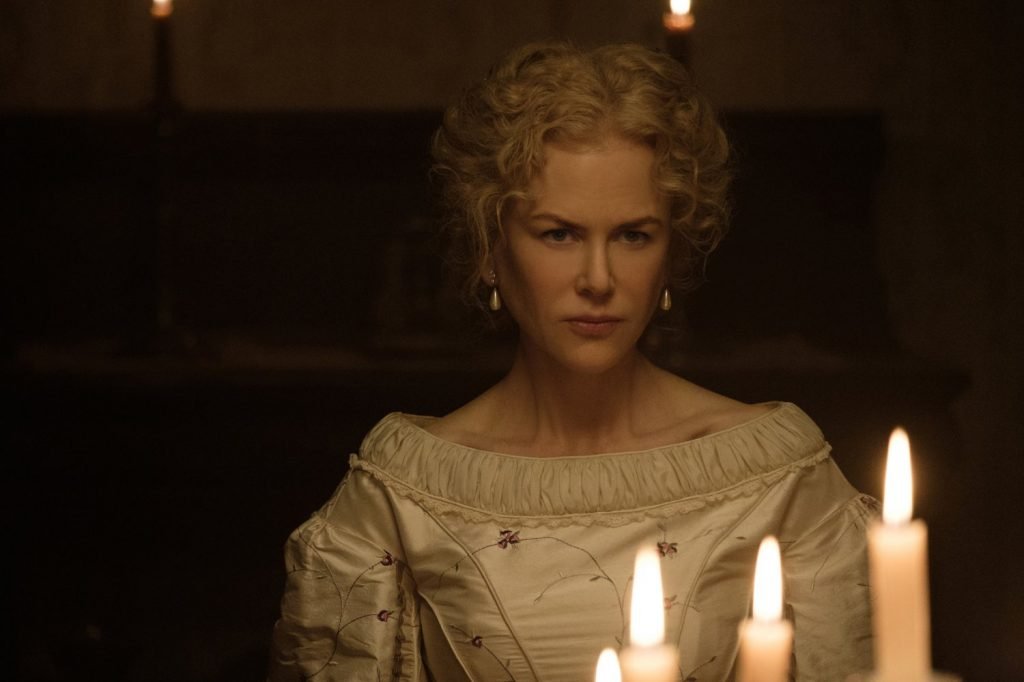 Beguiled is Coppola’s most recent film, yet mirrors many of the themes found in her first feature film, Virgin Suicides. The movie boasts a strong female-led cast, including Kirsten Dunst who has become a familiar face amongst Coppola’s works. Many of Coppola’s films include underlying themes of darkness, however, The Beguiled succeeds in bringing these elements to the forefront, with the use of traditional gothic visuals combined with a good dose of suspense.

The story follows a group of women, living in an isolated boarding school, who happens to encounter an injured enemy soldier. Rather than turn him in, they decide to nurse him to health, a choice that’s met with dangerous and deadly consequences. Coppola’s decision to film the entire film in one location increases the unnerving feeling of confinement and cleverly alludes to the inability to escape. The unsettling situation is further heightened as the women experience forbidden romance and intense rivalry.

Related to this Sofia Coppola Film: 20 Best Women-Directed Films of 2017

Beguiled perfectly demonstrates Coppola’s ability to express the complexities of female characters through love, conflict and relationships. Sofia Coppola is also successful in using strong visuals and set designs to evoke a sense of tension and thrill without being excessive. 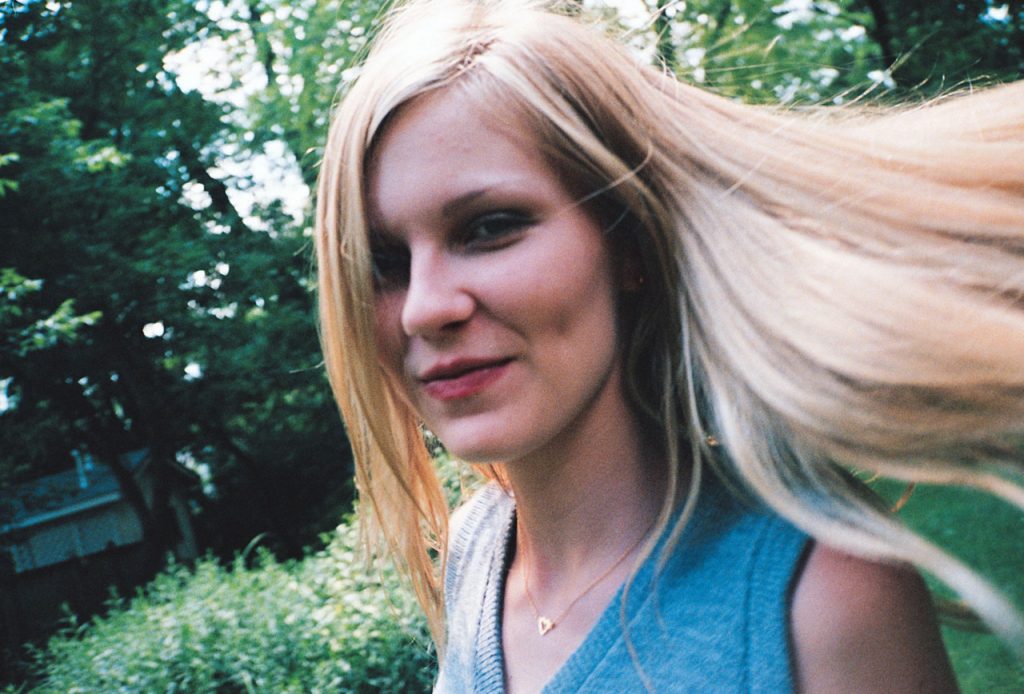 Cleverly adapted from the novel with the same name, The Virgin Suicides was Coppola’s first feature film which successfully cemented her mark within the film industry. It laid out distinctive themes and styles such as understated contrasts and a strong female presence, which can also be found in Coppola’s subsequent films.

Similarly to the novel, Coppola made the bold choice to reveal the morbid conclusion to the story within the first few minutes of the film. This revelation immediately creates lingering suspense throughout, and darkness which contradicts the charm and allure surrounding the main characters. Our perspective of the central characters, a group of troubled sisters longing for freedom, is romanticized as we view them through the lens of a teenage boy and his friends. As a result, the obvious trauma and anguish in which the girls suffer throughout the film is somewhat idolized, akin to a tragic fairy tale.

The dark subject matter and urgent desperation surrounding the girls, combined with an air of dreamy romance, creates both a unique and haunting viewing experience.

The Infiltrators [2020] Review: An Exciting Endeavor of Unquestionable Accuracy