As illustrated by a rhyme written by Vaikom Muhammad Basheer, a writer of Malayalam literature, with which the film opens, a power struggle has penetrated human society to its microscopic level and has been perpetually reinventing itself to subscribe to changing conventions, traditions, behavioral attitudes and technology available in a society. Such a power struggle is orchestrated in the forceful acquisition of tangible resources, the assumption of humans and things as resources available for acquisition, violence for supremacy of identity, and against nature itself, as well as the display of entitlement to goods, services, and institutions. Tragically, disastrous situations intensify the struggle even if they emphasize the need for communal harmony. Krishnendu Kalesh’s Hawk’s Muffin (Prappeda) sets up a familial power struggle in a dystopian landscape, and under the influence of the unknown.

Hawk’s Muffin can be reductively described as a coming-of-age story in a post-apocalyptic milieu. But the apocalypse is an outward matter, for our protagonists have found themselves in isolation from the barren world, in a makeshift paradise. There is an audacity to examine the fate of the lucky few who, with a presumably pro-state sentiment, chose murder of life in exchange for a bounty, at its best, or the fulfillment of an agenda, at its worst. In any post-apocalyptic scenario, a group of such people would survive better than the others but does it lead to their emancipation or instead renders them as miserable as those who lost? In simple words, are there any victors in war?

Related to Hawk’s Muffin – We are Living Things [2022]: ‘Slamdance’ Review – Aliens searching for Aliens while dealing with existential alienation

The film is a synecdoche for the modern human history of imperialism. The free lands signify a native resource curse (represented by the bounty). Its acquisition by an external force via muscle signifies imperialistic force (Xavier, played by Jayanarayan Thulasidas). An assumption of political power over both signifies imperialism itself (Shepherd, played by Mano Jose). An invasive claim by an external agent without proof of legitimacy signifies a para-imperialistic force that desires to snatch what has been appropriated by a rival (Thumban, played by Nithin George). 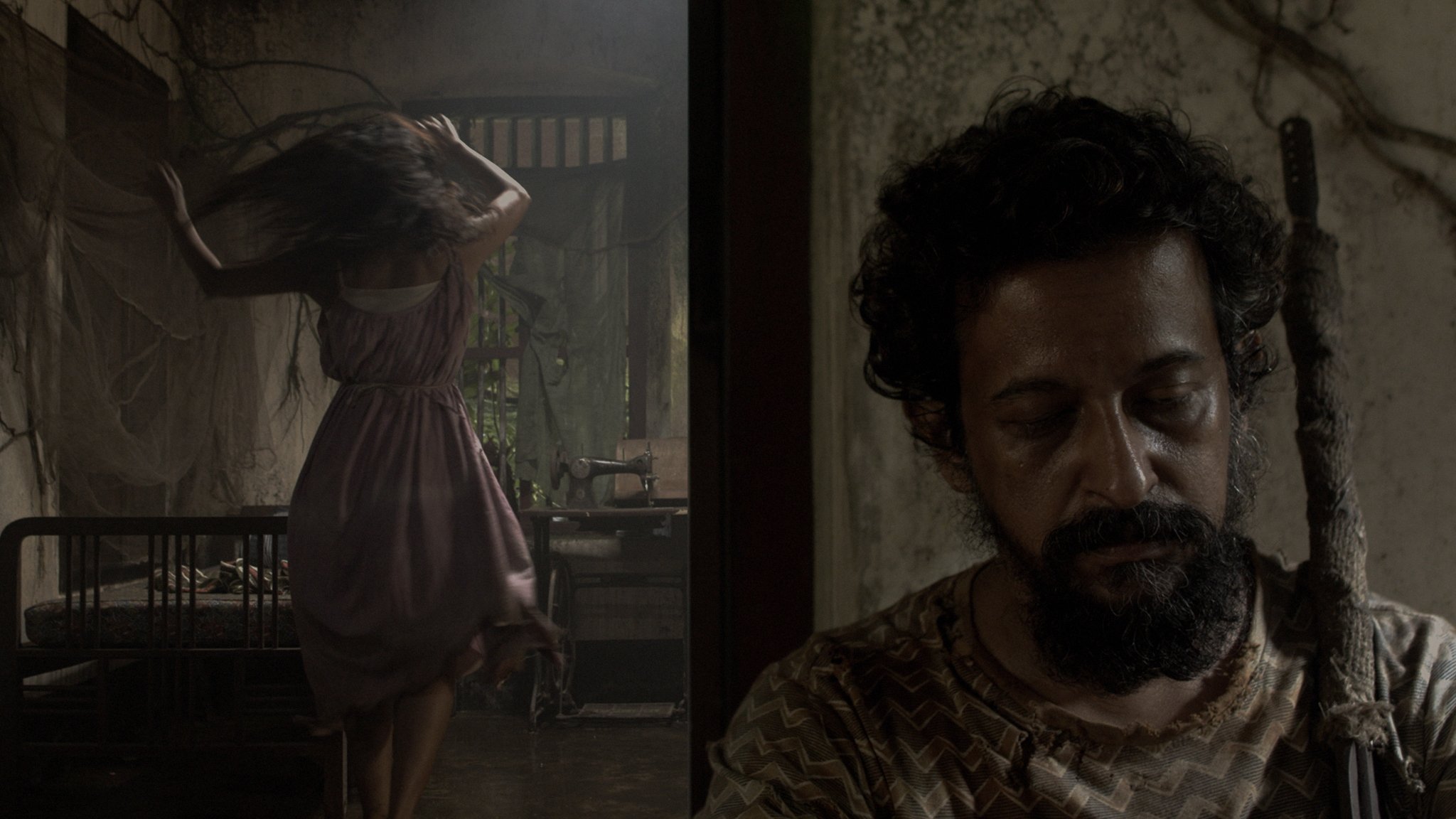 The incapacitated subjects of the domestic land hold critical knowledge but need to be subjugated to prevent rebellion (Mother, played by Neena Kurup) and finally, a prophetic force or idea of rebellion that brings chaos (The Unidentified, played by Rajesh Madhavan). And against each of these elements lies the free spirit, a living embodiment of awakening that cannot be shackled for it not only holds the power of creation but is essentially a force of future that would inherit everything that is, regardless of the current owner (personified by Ruby, played by Ketaki Narayan).

Even with the aforementioned implication, the film leaves an ample amount of room open to interpretations, and microelements that bear their own metaphors. Hawk’s Muffin is unabashedly incoherent in terms of its atmosphere. It shrouds an unsettling aura of mystery throughout the runtime but juggles between visual frenzy, poetics, drama, and surrealism.

The inconsistency extends to the thematic underpinnings of the film as it switches the focus from a gradually developing narrative of an ensuing feud and simultaneous coming-of-age of its protagonist to mythmaking and symbolism. It then switches back to the former before finally resolving itself in a climax that appears to be what can be Konstantin Lopushansky’s Dead Man’s Letters (1986) hypothetical post-climax. 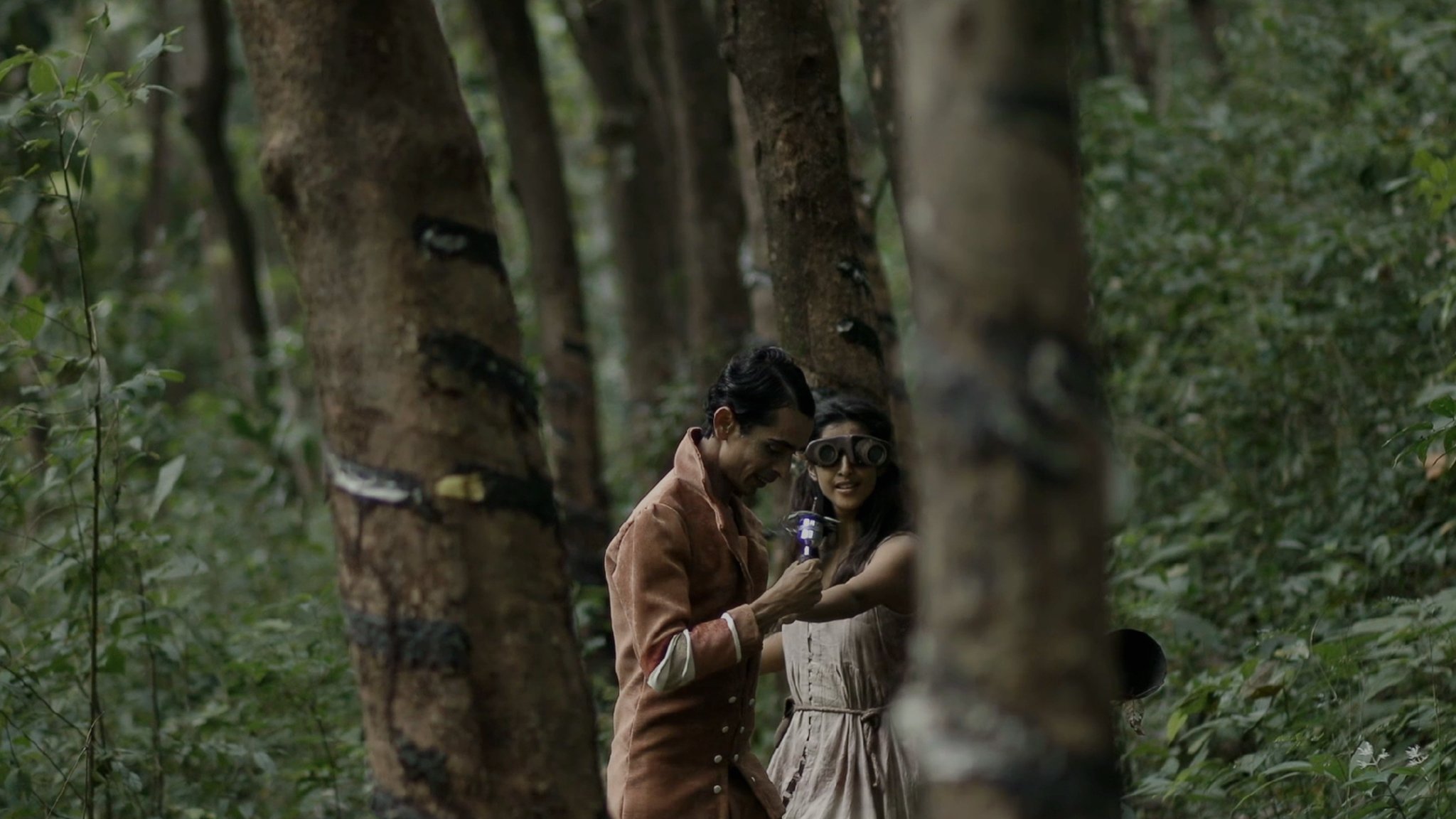 Almost as if the oasis became hostile to life in the aftermath of the conflict and therefore, the sustenance of life needed its safe delivery to an erstwhile world. And if you choose to not take it for its literal value, you derive a possible metaphor for one’s liberation from materialism as all attachments are eroded. This emancipation doesn’t occur in a vacuum. There is sufficient foundation laid out in a screenplay that showcases counter-rebellion and reclamation of power in the wake of a tragedy.

To conclude, Hawk’s Muffin works in multiple ways. As an experiment with the genre, it has honorary reflections of Tarkovsky and Miyazaki, two filmmakers the director expresses his gratitude for. It establishes itself as a landmark in the Indian science fiction film trajectory, which has a scarce portfolio. As a film, it reflects a promising vision in Krishnendu whose debut directorial attempt is a work of rare confidence and expertise. Even if you fail to find the meaning of a certain element or event, you feel assured that it is not a shallow metaphor. Finally, for an independent feature, Hawk’s Muffin possesses impressive audio-visual effects that enhance the sensory experience manifold.

The Indian film scene for this year starts itself on a high note with Krishnendu Kalesh’s Hawk’s Muffin. I sincerely wish it manages to secure a wider distribution so that the Indian cinephile community can bask in the glory of perhaps the only original science fiction entry since Amit Dutta’s Sonchidi.

Everything Coming to Netflix in February 2022

Everything Coming To Amazon Prime Video in February 2022