I recommend you to listen to this track while reading the review. It’s no gimmick but just a measure to make sure that you understand what kind of world Heaven Knows What is really about.

Heaven knows what is the film adaptation of the unpublished memoir “Mad Love in New York City” written by the film’s female lead Arielle Holmes. Before I even begin writing about the film, I have to mention the fascinating story about how the whole idea of making Heaven Knows What happened. Arielle Holmes was a homeless girl, who begged, stole, shoplifted for a living when she was spotted by the director duo Ben and Joshua Safdie and thus they found out about her life and her mad love story consisting of two heroin junkies. The Safdie Brothers asked her to write her story and offered her to pay for every page she would write and that’s how ‘Heaven Knows What’ finally happened.

So, Heaven knows what has love, madness and Arielle who is playing a version of herself in it as Harley. The film opens with Harley and Ilya, making love on the streets, not giving a damn about anything. With that opening scene we are introduced to the unconventional relationship, the film is going to handle, right away. Next moment, we see Arielle sitting on the street alone; crying. Something has happened between the couple and now Arielle is trying to appease him, she asks what she can do for him to forgive her. She offers to kill herself in order to be forgiven by him and he agrees. That is only her side of the madness which is well complemented by madness on his side as well. When she doesn’t kill herself for another 30 minutes, he comes running after her and demands her to kill herself if she really loves him. 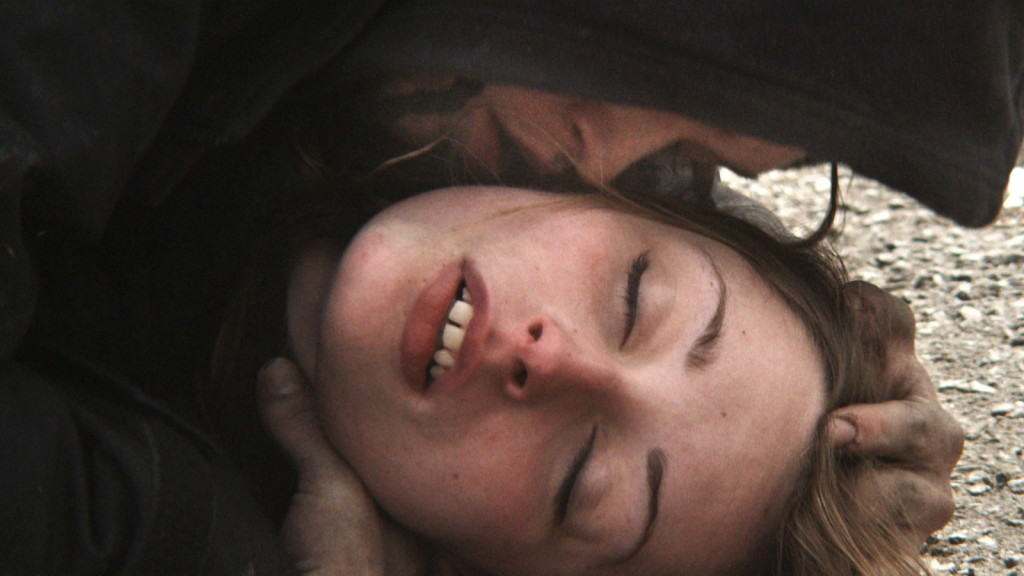 It’s a film about Drug addicts and at the centre of it is Harley, in love with Ilya and Heroin. Heaven knows what is definitely not an easy film to watch and it caters only to a particular audience. If you are a casual movie watcher, this is going to be absolutely pointless for you, might even bore you. For those who dig it well, there is so much to appreciate.

Heaven knows what is an achievement in raw film making. There is an eerie background score which creates an intense environment, as if we are listening to the sound of the brain waves striking each other inside the head of a drug addict. There is passionate kissing and lovemaking scenes which happen on the streets as people pass by, lots of cigarettes being smoked, drugs injected through the veins and razor blade cut making blood come out of Arielle’s wrist. It never tries to turn away from its grit and displays every ugly aspect of the life of a junkie. This is a tough film to watch but the end result is worth every risk it takes. I have a cousin, who became a drug addict after High School and he pretty much ruined his life that is still not quite settled. Heaven knows what reminded me of him at every point. Since I had a reference point to compare the film with, I have to say that the film’s portrayal of young people being drug addicts was spot on. Heaven Knows what never glorifies drugs, instead it is handled maturely which is praiseworthy. It is a serious film about love which has lost its vision owing to the drug infested members in it. 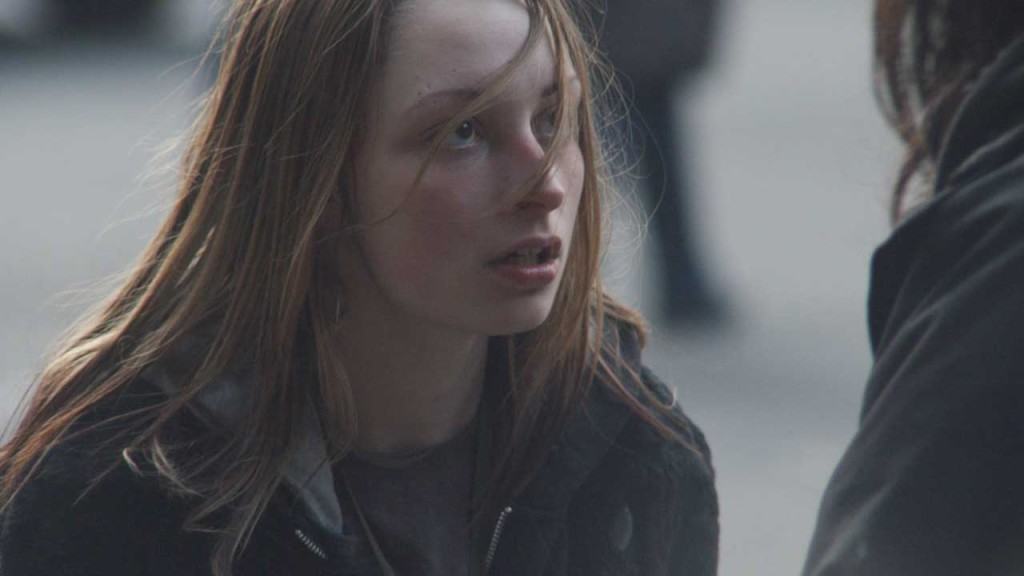 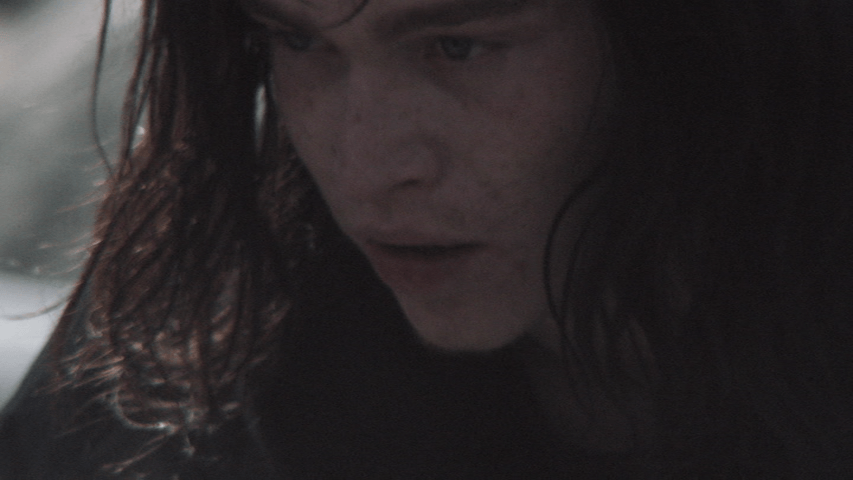 Arielle Holmes is brilliant as Harley; her eyes are some of the most intense eyes I have seen in movies. Seeing her hard hitting performance, it is impossible to believe that she is a non-actor. Perhaps, she was not acting at all; she essayed a tough chapter of her life which makes her performance look more real, more powerful and uncomfortably believable. She is constantly on the move, trying to get a shot of Heroin or Love, two things she is obsessed with. Her obsession for Ilya is so real that it is almost scary to think what Love without a calm and composed head can do to you.

I liked how the film showcases New York here. You wouldn’t see the statue of liberty or The Empire State Building or the Times Square of New York in Heaven Knows what instead here the film is more about a New York with basements, dark Alleys, little stores where homeless junkies shoplift stuffs, you will occasionally see MacDonald’s where they manage to eat from time to time and you will see all the less gloomy spots of New York. I think it was the director’s way of showing that the world’s most ambitious city has a poor side as well, where life is bad, people are wasted. Given, Arielle herself is someone from the street, she must have helped the Safdie brothers get the locations right. Heaven knows what has an intoxicating atmosphere that makes it one of the most disturbing films on drug addiction.