Kadaseela Biriyani looks and feels very different than a contemporary Indian film. It appears outlandish due to its stylistic elements – which become the guiding elements with respect to the pulse of the narrative. With wicked characters at its core, the film follows them in almost a voyeuristic fashion. We explore the psyches of its characters along with a voiceover narration by the great Vijay Sethupathi. He takes us through the tale of vengeance and keeps it fascinating like a tale written in a pulp fiction novel. He chews out the absurdities from the behavior of the film’s characters while enacting a narrator who takes almost a sadistic pleasure in his role and in the violent acts being narrated by him.

And why won’t he? After all, the film sets out a classic revenge fantasy. It follows three brothers who are out to take revenge for their father’s death by killing their father’s murderer. The logline has all the elements to keep you invested in their blood-thirsty pursuit that is about seeking a sense of justice beyond the realms of law or morality. Among the three of them, the younger one is the innocent one- someone who is caught up in this whirlwind of violence against his will – whose father had taken efforts to get him out of this way of living – the one that looks at violence as a solution for anything and everything. This child had found a way to get out of his patriarchal toxicity, which his father had taken care to leave him out of until he was alive. However, his death propels this sheltered child towards the path of amoral. So the resulting narrative of the ‘loss of innocence comes across as another intriguing aspect of the film along the way.

And with so much pulp inbuilt in the thirst for vengeance, the pulpiness that the film uses has more to do with mocking the fascination towards it instead of celebrating it. The film’s intrinsic sense of naturalism comes as an attempt to show the gore of the gory side of violence – not for the sake of presentation, but for introspection. Why do we feel it to be too evil, sinister, and inhumane when what these characters seek is only a sense of justice? Because that is how such acts result in reality. The large themes of the human mind play out in this film with all its gore and horror, loud and clear. Kadaseela Biriyani’s cinematography implements wide-angle shots in the same fashion, not to hide any part of it – which seems like an effort to make it clear and take the viewer closer to the violence by its characters in a neorealistic fashion. 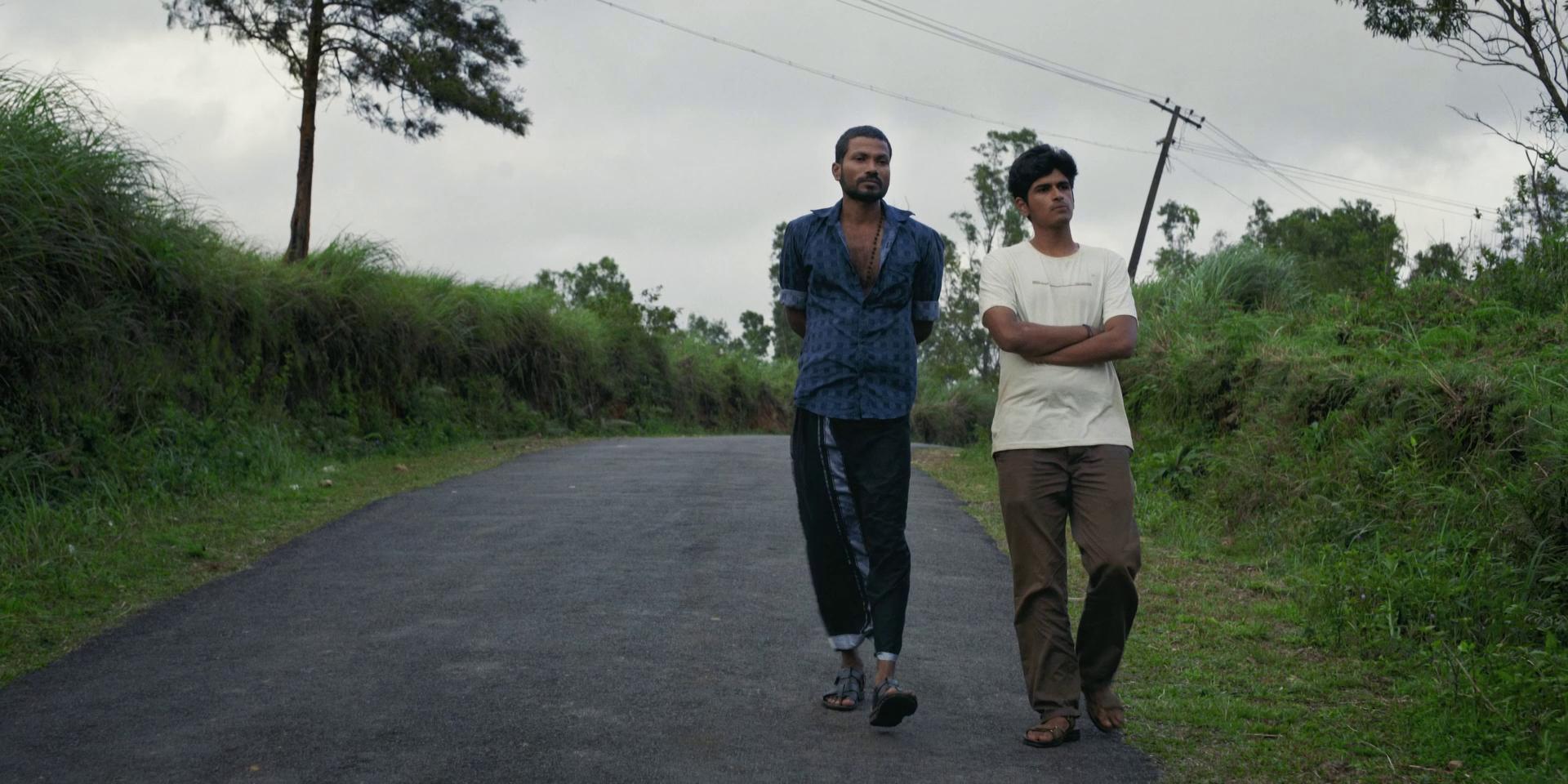 The world around them almost feels inhabitable with only a handful of characters running around – as if only they are permitted to be a part of this narrative. The film’s stylistic devices create this sense of closeted space and eventual detachment with bird’s eye view shots – which not just makes the characters seem like tiny creatures – but also conveys a sense of inhabitable around the place where the events take place. It creates eerie seclusion from the surrounding. The largely hush-hush nature of most of the interactions plays out in the same eerie manner – which highlights the tension, builds the suspense, and evokes the feelings that characters feel for one another.

The genre subversion is very clever in the film which makes an admirable attempt to steer away from the obvious pulpiness of its themes. What it rather achieves through its narrative, is turning the idea of justice on its head and conveying the feeble nature of morality. The way its characters change their sides in their own little narratives – how they justify their wrongdoings – adapt and overcome within a surprisingly short duration of time – makes one introspect wickedness as a quality. We see different lookouts towards violence – towards killing a human – from taking the life of a human being to a psychopathic way of looking at it as art. Life changes every other instance for every other character,  which makes one question the role of destiny in their lives.

With mere happenstances leading much of its action, the film plays out on comfortably unpredictable terrain. And the aforementioned justifications for evil in their minds make the flippant nature of these humans believable. For a family drama of pitiable creatures for human beings, Kadaseela Biriyani sure gives so much to process. And it is highly admirable how it makes much of what it shows to be hard to digest.

'Only Lovers Left Alive' and Loving the Old Way

The Whistleblower (Season 1) SonyLIV Review: The faltering narrative works only when focused on the scam