Leviathan that seems to be a scathing political satire on the Russian government, is actually more than that. It holds the universal truth about corruption, the suffering of the common man in the hands of affluent and powerful people, people fighting for their rights or even their self-respect and dignity.

Leviathan is a monster whale like creature described in ‘The book of Job’ which can not be controlled by humans. It symbolizes the presence of anti-GOD forces, where the dominance of human being is not possible which is very much what metaphorically Leviathan film by Russian director Andrey Zvyagintsev is all about. 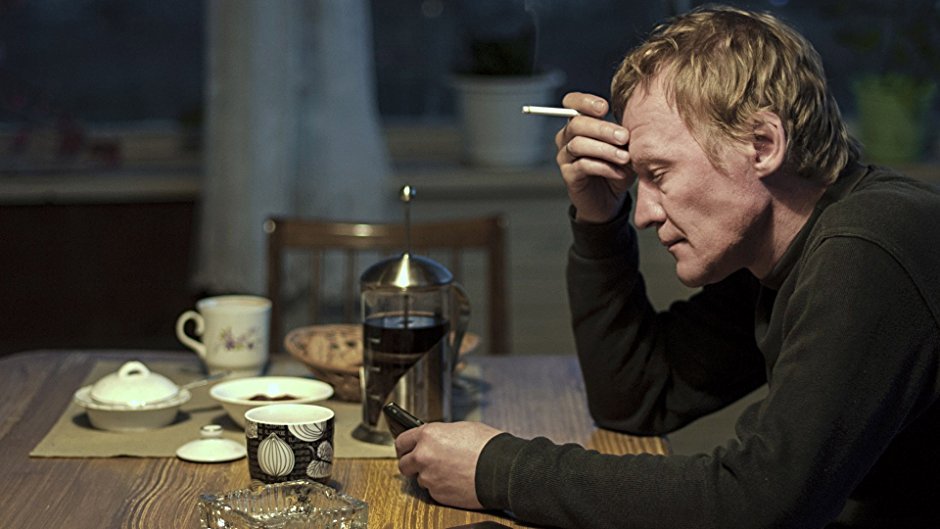 Leviathan that seems to be a scathing political satire on the Russian government, is actually more than that. It holds the universal truth about corruption, the suffering of the common man in the hands of affluent and powerful people, people fighting for their rights or even their self-respect and dignity. Leviathan works on many levels, as a psychological thriller, political satire, family tragedy, black humor which is bolstered by terrific central performances and magnificent screenplay which is often novelistic in nature.

The film opens mysteriously as Kolya(Aleksey Serebryakov) picks up a man at the train station, who turns out to be Dmitri(Vladimir Vdovichenkov), who is a former army friend who’s now a Moscow lawyer and who has come to town to help in Kolya’s fight against the corrupt mayor Vadim (Roman Madianov), who is charged for property land grabbing. Koyla, who is often drunk, doesn’t want to sell his ancestral land for implicitly understood reasons. When Dmitri realizes that all the doors to get justice are closed, he blackmails Vadim for some dirty business he is aware of. In midst of all, Kolya suspects Dmitri’s such unprecedented help for some fruitful reason, which he later realizes in the form of Dimitri’s affair with his wife, Roma (Sergeï Pokhodaev). After which plot travels on an even more tragic path.

The film has few scenes that describe the complete state of mind of common people and government members, like the corrupt & thuggish mayor office has a big frame of Vladimir Putin hanging behind the desk.Or Kolya’s friend shooting the framed images of Lenin, Brezhnev, and Gorbachev(of course they can not have Putin’s frame being shot) during a drunken shooting party organized by Kolya’s friend.

Leviathan ends on a note that will completely give a new dimension to the plot and elevates it on spiritual terms. Towards the end scene, during the sermon in church, Mayor whispers to a kid that GOD sees everything. If you have been paying attention very minutely, you will see that all the critical events have never been shown or disclosed to us, which clearly reflects the idea that humans can’t see everything, but there is Almighty who is watching us.Thematically rich, compelling and naturally acted, it begs viewers to consider living in a world where the rules don’t apply to those with power, and where God is either dead or just being ignored.