Little Women (Season 1) Episodes 7 & 8 Recap and Ending, Explained: With Episode 6 ending with a jarring end to the sibling’s Great-Aunt’s life, turmoil and danger are very close. For this weekend, we explore how the siblings must build a spider web of safety for themselves as the six degrees of separation between them and the Jae-Sang family churn their tummies while even putting one in physical danger. After six episodes, we observe Choi O-Dil’s character background finding the limelight when the two sisters pay close attention to the research surrounding the mysterious deaths of the Jeongren Society.

With a cautious eye, Park Jae-Sang must maintain order and control over his wife, Wong-Sang-a. Thus, the atmosphere is stressful. In-Hye and Hyo-Rin, his daughter, must find a way to escape his control since they are terrified by his extreme power games. Ultimately, we learn that Wong-Sang-a’s smile is the most dangerous thing to see before a storm suddenly develops around the individual that starts to draw close to her. 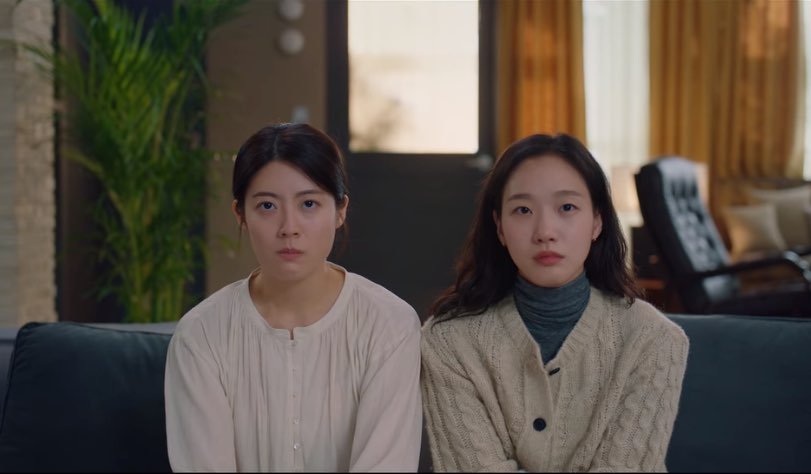 With the sibling’s great-Aunt dead in a pool of blood around her, In-Joo is sitting holding her when In-Kyung bursts into the room to find the murder scene. While they are both in complete shock, Choi O-Dil enters to discover a murder scene. He helps them figure out what to do next, and a funeral is arranged. After this mysterious death, In-Joo remains a suspect. This hurts her tremendously.

Suffocating with guilt, In-Joo approaches Choi to find a way out of this. Most of all, who committed the crime? With the dangerous and poisonous effects of the Blue Orchid in her room, she wants to believe it was not her who committed the act. After the funeral, assets must be distributed amongst the family. It is revealed that the Great-Aunt had endowed debt that surpassed the value of all her assets in total. When the rest of In-Kyung’s relatives decide to discard any ownership of her Great-Aunt’s liabilities, In-Kyung takes it all by herself. She is ridiculed. If only they knew she is more than she seems.

Choi O-Dil challenges Go-Sim when she goes against instruction and tails In-Joo despite telling her not to do so. As retribution for not paying heed to his instruction, he caused her to lose two critical associations to help her in the Jae-Sang operations. He demands an investigation into the Great-Aunt’s murder as a form of salvation for her. When Go-Sim finds the true culprit behind the Great-Aunt’s murder, many things unravel and reveal themselves. The killer was the person preparing meals for her at the office. In-Joo and In-Kyung believe that the Blue Orchid found in her pool of blood could belong to their Great Aunt’s killer. This makes them search the whole office to discover a trap door in the office that leads to a safe hidden behind a wall, which has been cleaned out. Possibly by the killer. Then, they discover the killer’s Blue Orchid.

Park Jae-Sang struggles to keep his house in order between handling his constantly abusive wife and his child’s anxiety attacks. When In-Kyung and In-Joo revisit In-Kyung’s research, they learn that certain people are possibly still alive and have survived the assassinations of the members of the Jeongren Society. One of them is a man named Choi Hee-Jae, a lethal personality with incredible combat experience, and Choi O-Dil’s father. In-Joo and In-Kyung decide to meet Choi’s mother sitting in jail, who slowly reveals Choi’s father’s whereabouts.

Hyo-rin and In-Hye have discovered something in the upstairs attic. A small theatre-like doll house. They also find a school yearbook. By a strange form of co-incidence, they discover that Wong-Sang-a was an art student at the New York Art Institute. She won an award for a stage set-up similar to the murder scene at Hwa-Young’s. For the first time, we see Wong-Sang-a in the light of a murderer.

While two siblings visit Choi’s mother in jail and In-Joo tells Choi they saw her, he loses his temper and calls off the deal. Meanwhile, Go-Sim informs her boss that Park Jae-sang, Choi’s mother, had two visitors. Unable to trust Choi, he puts a tail on Choi, which ends badly and forces Choi to question his boss. This results in an unexpected face-off and an ultimatum placing a target on Choi’s back.

When Choi finds out about his father’s whereabouts and exact location, he drives to meet him there. In-Kyung is following him with her crush, Ha Jong-Ho. When Choi exits, In-Kyung decides to approach Choi’s father and purposely gets bitten by his dog to have access to the inside of his house. After being told off forcefully and setting her arm in a bandage, In-Kyung and Ha Jong-ho quickly make off. With a target on Choi’s back, he must be quick. Park Jae-sang does not trust In-Joo. He makes up with In-Joo on her birthday and tells her there could be a possibility that the fake personality who copied her identity could be the same person who runs away with the money in her name. Suddenly, everything changes at this moment. There is even a possibility that Hwa-Young is alive, changing everything we know to be true in the story.

Park Jae-Sang has not gotten around to trusting Choi even though Choi has done everything strictly by his instruction. Choi has a target on his back when Park Jae-Sang demands he get rid of In-Joo as soon as possible. If this task is not completed, Choi might lose his life. But this tells Choi his boss will stop at nothing. Now, In-Joo is in real danger. He must cover all his tracks and keep In-Joo safe and alive. His only worry is the money, even while his life is in danger.

With In-Kyung having left an impression of herself with Choi’s father, In-Kyung finds him standing in her Great-Aunt’s living room late at night, viewing all her research. Surprised and not surprised, she asks him if it all connects. He strikes out her Great-Aunt’s name, saying she was never involved with the Jeongren Society but took care of the 12 soldiers as a nurse even though she held an Army Rank. Meanwhile, Hyo-rin and In-Hye struggle with Hyo-rin’s mother, Wong-Sang-a, who believes she is having a mental breakdown when it is an act to buy time. When the mother is released, she is supposed to make an appearance on a live televised show. Instead, she disappears the next day. Park Jae-Sang remains livid, learning due to her disappearance, there could be a bigger mess to clean up.

Choi and In-Joo land in Singapore to get straight to business. It is time for the famous International Orchid Event, where people buy rare flowers at this Auction. Famous Asian personalities come from around the world to make these prestigious buys. In-Joo receives news that she has bought three flowers in laudable amounts. During her stay in Singapore, many people recognized her and greeted her like an old friend making it seem rather odd as if she had stayed there for years. This puts Choi on alert while In-Joo remains confused. At the Auction, someone alerts In-Joo that they just saw her in the bathroom. Another scare for both In-Joo and Choi. Choi understands he needs to move fast before the fake In-Joo withdraws all the money. After the Auction takes place and In-Joo makes a considerable buy, Choi and In-Joo start to make large cash withdrawals from seven banks in Singapore.

How do Choi and In-Joo catch the Fake In-Joo red-handed? 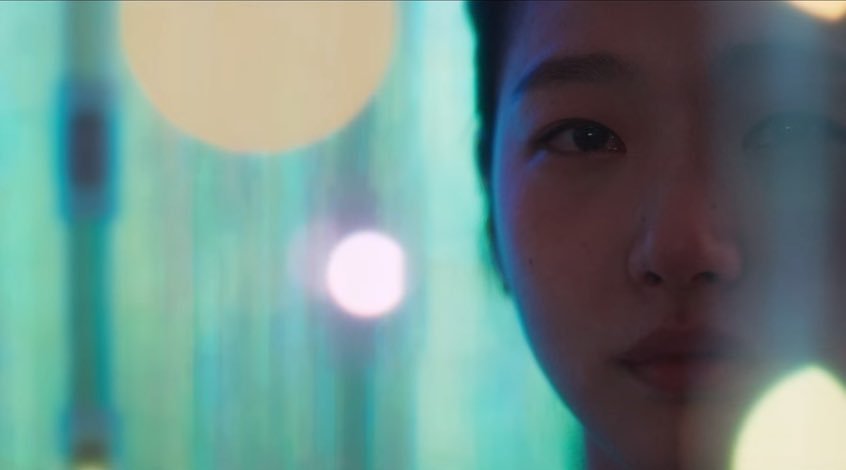 Park Jae-Sang almost threatens In-Hye in the car when he tells her that she cannot run away with Hyo-rin, who is struggling with her father like her mother. His constant thirst for power and control is no different from his wife’s thirst for the same. At the same time, Wong-Sang-a is trying to secure a future for herself as an independent woman away from her husband, and In-Joo’s money seems the last resort.

Keeping this in mind, In-Hye warns In-Kyung that In-Joo could be in danger if she is too close to Choi. When In- Kyung asks In-Joo if she feels safe with Choi, In-Joo asks Choi if she can trust him when they are about to make the last withdrawal. Funnily enough, here comes a twist. Choi gives her a gun to keep for her safety and tells her that she can trust nobody but the gun and cash.

When they are about to make the last withdrawal from the bank, a lady bumps hard into In-Joo and hands her a note. The note gives her strict instructions to move away from Choi and take the side door while Choi is distracted with some paperwork. As per the instructions, she runs into a car and loads the suitcase in the car’s trunk. Right after, we see that a hot car chase ensues. The car chase abruptly ends when In-Joo’s car collides with a massive truck. She is rushed to the hospital, and in delirium, she sees Hwa-Young, who is forcing her to wake up and take the money. When she wakes up, she sees a pair of shoes that she wore when Hwa-Young gave her a designer pair of heels to wear in the first episode.

In tremendous pain, she staggers out of the hospital and walks straight to the apartment in her name. Choi tries to get to the hospital in time. When he gets to her bed, she’s gone. In-Joo has made it to the room, enters the room with the suitcase, and sees a beautiful glass of blue liquid. Thinking it’s iced tea, she drinks it since she has had no food or water throughout the whole day. Thirsty, she finishes half the glass to collapse on the chair. A few minutes later, the front door clicks open, and she runs to it, thinking it’s Hwa-Young. To her surprise, she sees a beaming Wong-Sang-a running toward her.

In complete shock, she moves back, but now, she feels incredibly giddy. Wong-Sang-a then confesses that In-Joo was baited into a scheme from the beginning. Hwa-Young was training her to be bait and part of a much larger conspiracy to take all of Wong-Sang-A’s husband’s wealth. In-Joo refuses to believe her best friend would do this to her. She suddenly realizes she is relatively weak. This is when Wong Sang-a confesses that In-Joo will be killed by throwing her out of the balcony with a suicide note readily placed on the table. Blue iced tea is the poisonous Blue Orchid extract. As Wong-Sang-a opens the suitcase, she sees a suitcase full of bricks. In complete shock, she turns around, and In-Joo is holding a gun to her head. Giddy and poisoned, In-Joo wins.

The creators weave the perfect story as the web builds and builds to an almost never-ending plot. The story climaxes to a point where when we know something, the past comes back to bite, making us stop to consider if we know everything. While kept in tremendous suspense, each episode brings forth beautiful twists and turns for us to savor, always keeping us hooked and wanting more. For the first time, the English author Louisa May Alcott may never have the last word.

Where to watch Little Women (Season 1)

The Girls at the Back (2022) Netflix Miniseries: Review, Recap & Ending Explained - Which of these women has cancer?