Gopi Puthran’s feminist narrative Mardaani 2 (2019) starts with a bang. It comes straight to the problem – Sunny (Vishal Jethwa), a 21-year-old psychotic man keeps committing horrendous crimes – raping women and killing them. Not just this, he has nerves enough to be right under the nose of the protagonist – cop Shivani Shivaji Roy (Rani Mukherjee) while she is trying to find him.

Set in Kota, the film begins, surrounds and ends with Shivani being the ideal woman cop. She is skilled and happens to get to the core of the cases unnaturally fast. It is almost like Sherlock Holmes. She is a brave and hard working no bullshit cop. She is a cop fighting patriarchy and chauvinism not just by being in the quest for Sunny but also by dealing with her chauvinist team members and seniors. Occasional words of ‘how a woman is supposed to be’ by her senior enrage her but do not deter her spirit to break the misogyny ingrained deep into the society.

In the story world, all men are chauvinists. With each dialogue, a handful of misogyny is thrown right at your face. In no way is the screenplay subtle, making the story seem quite unreal at times. However, it is still somehow a bit thrilling in an odd way.

Rani Mukherjee drives the film. Her personality translates very well into that of Shivani and gives the film the kind of protagonist it needs (acting wise, not script wise). Vishal Jethwa with his hazel eyes and rustic appearance, does extremely well for a debutant.

There are scenes in the film where Sunny talks directly to the audience, which is probably the director’s choice to make the film more intense and to help the audience get an insight into the killer’s brutal mind but it doesn’t work. It is rather confusing. Does the director want to make the audience Sunny’s confidante? If so, why? If it is Shivani – the mardaani’s story then why is the audience being spoken to by Sunny? 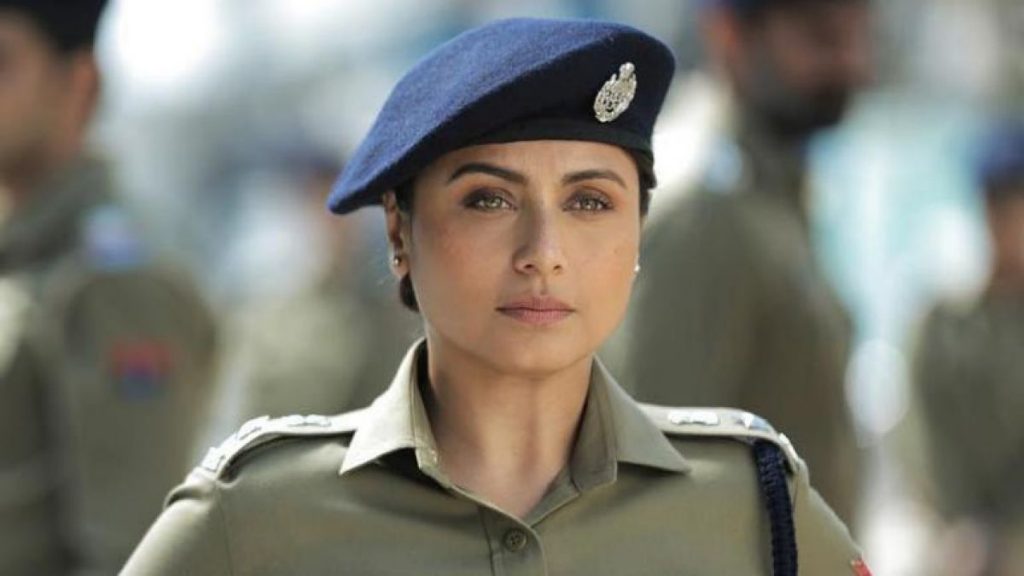 The cinematography and sound are good, hiding the loopholes of script and direction. However, the story is short and crisp. The film has been edited very well and maintains a steady pace, making it not once feel like a drag.

In all the brutality of the crimes and the director’s eagerness to see a crime-free world, what stands out weirdly is the peek into the mind of the psychotic character. The film tells us about the killer’s upbringing and about his equally psychotic father leaving the audience confused if rapes are about inheriting perversity or if they are the result of the inherent power of patriarchy.

In all the discourse around rapes and women safety in our country, the psychology of the criminals often goes ignored or undiscussed. Gopi Puthran tries to shed a light on that but rather leaves the audience confused. It is however, undoubtedly a plea for a world more safer for women. It does, by Shivani’s character, empower women. But it is just that. In the wake of the everyday unveiling horrific reality of our country, one would expect a deeper, more layered film that would stir ones insides, that would understand rape culture better but unfortunately, Mardaani doesn’t do that.

Also, for a film that constantly urges the audience to look at women with better light and which celebrates a female cop’s bravery, it is odd to be titled ‘Mardaani’. Mardaani means ‘like a man’. It is an adjective used to express ‘female bravery’. When you think of it, the title defeats the purpose of the film. But probably the director didn’t have a choice. Our society has always associated adjectives like ‘brave’ and ‘courageous’ to men and so probably, there isn’t a word to describe female bravery. Probably.