History intrigues me and so do period dramas but had I known that Panipat would become more uninteresting than my history classes, I would have never watched it. Panipat (2019) is the story of the third battle of Panipat which was fought between the Marathas led by Sadashivrao Bhau (Arjun Kapoor) and the Afghans led by Ahmad Shah Abdali (Sanjay Dutt).

The film’s goal is to celebrate the spirit of the Marathas – their undaunting courage and their undefeatable stance which unfortunately does not touch the hearts of the audience. Panipat feels like a scrapbook. Lots of colourful images and lots of information, arranged randomly. The problem with the film goes far beyond its incorrect casting.

The script is up to the brim with information which is given to the audience in speeches of valour and pain by characters who seem to be mere robots dressed as kings and soldiers. The characters in Panipat (2019) are not layered. Beneath all bravery and greatness, the layer of their insecurities, their vulnerabilities and their internal conflict is missing. This unidimensionality is flawed to the extent that for the three whole hours of the film you do not feel even a morsel of pain, joy, loss or love that you are meant to feel while being served a plateful of history.

Whatever little could have been saved in Panipat (2019) was wiped off by the casting. Arjun Kapoor tries hard and you do too to look at him and see Sadashivrao but he keeps popping again and again as Arjun Kapoor. The performance is flaccid and the only thing it does is makes you appreciate Ranveer Singh who has lived and breathed his characters. Kriti Sanon although good in her attempts as the wife of Sadashivrao, doesn’t quite fit the role. Probably seems a little modern for it. 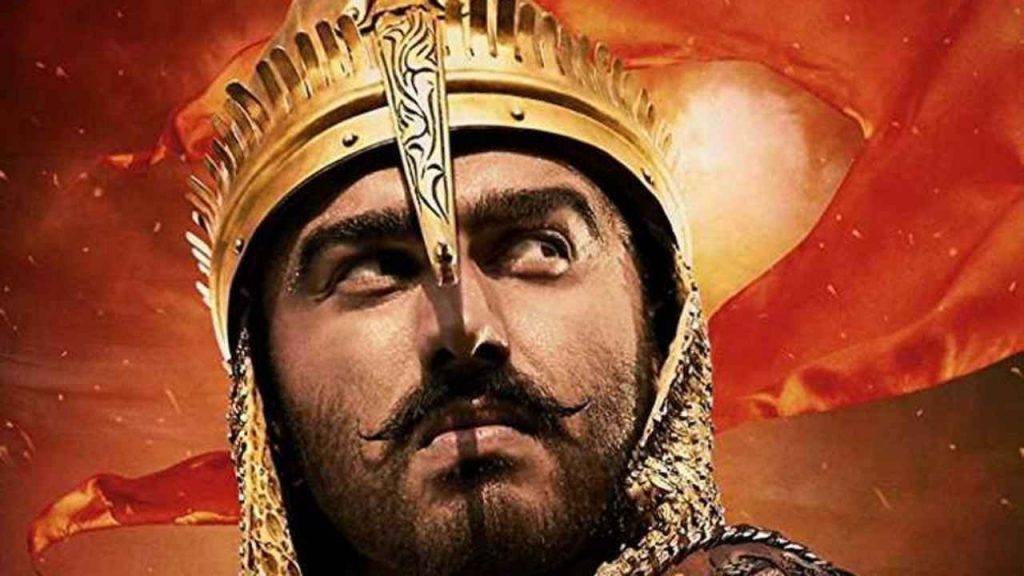 The Marathas in the film remind you of Baajirao Mastaani, Ahmad Shah Abdali reminds you of Alauddin Khilji from Padmaavat and that is all okay until you begin to compare these period films. Like Bhansali, Gowarikar too has all the elaborateness – big and beautiful sets and all the grandeur and yet Panipat lacks impressiveness. Even in the song sequences, you are never engulfed by the whole act. One can only wish to feel what ‘Ghoomar’ or ‘Deewani Mastani’ made you feel.

Panipat (2019) progresses slow in the beginning and seems to catch pace after Ahmad Shah Abdali is introduced. Sanjay Dutt undoubtedly shines as the villain. He gives to the film the Afghan enemy that it requires.The film proceeds with both the Marathas and the Afghans preparing their respective armies for the the battle of Panipat. The elaborate climax is better than the rest of the film.

The swishing and clanking swords, the fast cuts and the background music make the final battle an interesting watch. However, you still don’t feel much. A story like Panipat which tells a tale of the defeated, unlike films which usually show the winning perspective, requires so much more emotional accuracy than what Panipat has been able to do.

Eyes raging with anger, cheeks flaring with self respect and courage running in the veins should have made the audience sit on the edges of their seats filled with similar emotions and experiencing a war. You do experience a war but it is a long tedious war against time.

Downton Abbey (2019) Review - A nostalgia evoking epilogue of the epilogue