Amy Poehler’s second directorial feature, Moxie, is a politically-charged film destined to denounce the patriarchal systems that have oppressed women for centuries through a reinterpretation of the Riot Grrl, an underground punk feminist movement that denounced patriarchy and celebrated female empowerment. The film’s protagonist, Vivian (Hadley Robinson), has had enough of her school’s treatment of women, continuously objectifying them through lists and harassment. She anonymously publishes a zine named MOXIE that denounces how women are treated at her school while pointing fingers at Principal Shelly (Marcia Gay Harden)’s inaction. At the same time, she continues to celebrate the school’s football captain (Patrick Schwarzenegger), who likes to harass the school’s women for his own pleasures. What follows is a satisfyingly entertaining film that doesn’t bring anything new to the table with its themes but is still an essential film to watch.

Moxie works so well due to its seamless direction from Amy Poehler, who fills every ounce of the frame with so much dynamism and electric energy through its dazzling cinematography and powerful acting. Hadley Robinson gives a star-making performance as Vivian, who steals every single scene she is in. There is no dull moment with Vivian; she fuels her anger against patriarchy to creating lasting change through her zine and is unafraid to denounce how academic institutions oppress and marginalize women. One sequence in particular, where she confronts her mother (Amy Poehler)’s boyfriend (Clark Gregg), who talks about male subjects at dinner, is an extraordinarily powerful one, elevated by Robinson’s incredible acting range. She doesn’t just lash out at her boyfriend but is fed up with male-dominated institutions which always give out the biggest opportunities to them, instead of women who equally deserve the same opportunities.

Poehler and screenwriters Tamara Chestna and Dylan Meyer’s blunt and unapologetic attack on patriarchal systems never feel on-the-nose or obvious but extremely necessary in the times we live in today. Poehler is so unafraid at bluntly calling out the patriarchy for what it is, without ever holding back on its themes, that Moxie slowly becomes a daring, unapologetic picture. It’s been a long while that a mainstream film has positioned itself on social topics without them feeling preachy or forced. Yes, some of it, yes, feels preachy, and its themes of dismantling the patriarchy and female empowerment have been heard time and again outside of cinema, but for a known actress/filmmaker to publicly denounce how institutions sweep many accusations of harassment under the rug will make you angry. Marcia Gay Harden’s principal Shelly is an essential character who represents exactly how institutions treat accusations of harassment and bullying. When new student Lucy (Alycia Pascual-Peña) says to Principal Shelly that Mitchel Wilson (Schwarzenegger) is harassing her, Shelly replies with:

If you use that word, that means I have to do a bunch of stuff, but if he’s bothering you, and that’s what it sounds like to me, then we can actually have a conversation. 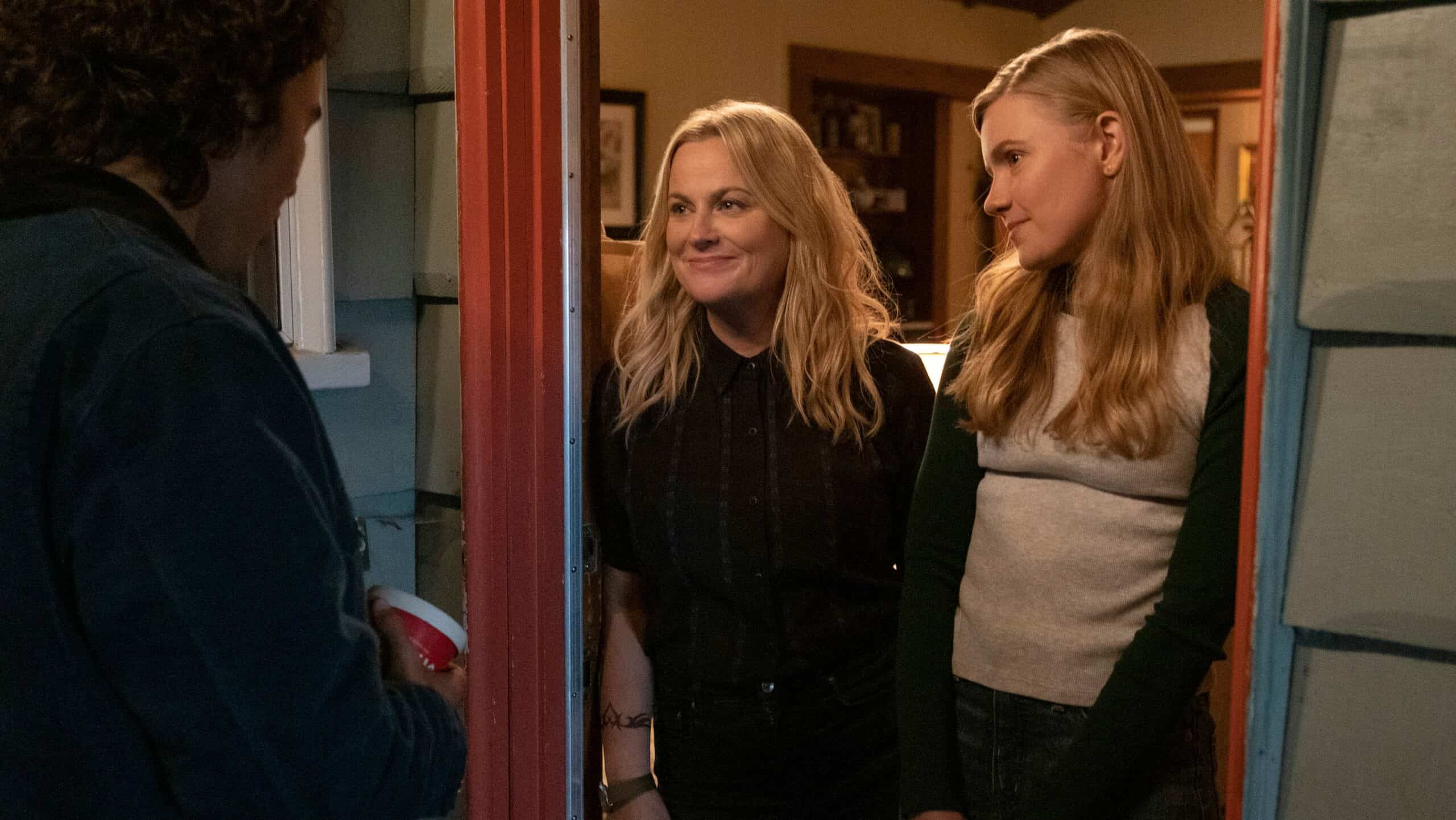 Most academic institutions do not care about abuse and will not believe many victims due to the sole fact that they exactly don’t want to do “a bunch of stuff.” This isn’t just applicable to women, but to everyone who has been bullied, harassed, and abused by other students at school. It’s not because they don’t care, per se; it’s because they don’t want to take any form of action to solve the issue properly. This is why when I saw Marcia Gay Harden brilliantly caricaturing how many school principals act, I became angry. Not just angry about how much of a hypocrite the character, but angry about the fact that this happens in real life. I speak from experience and know exactly how schools will ignore accusations of abuse and harassment until it is too late. They have “no harassment policies,” sure, but they are rarely implemented, and drastic action is never taken. Because of this, most victims of abuse (not just women) are afraid of speaking out against their harassers because they know how the judicial (or academic) system is seldom on their side, which is why many revert to social media to tell their stories. It’s, quite frankly, a sick system we live in that rarely believes in victims and sides with abusers until, once again, something severe happens.

This is why Moxie triumphs, as it wishes to challenge the system and reorganize it from the inside so more victims of abuse can feel safe in denouncing their accusers. It isn’t just a politically-charged film that denounces something in a preachy, on-the-nose way, without ever addressing what to fix. It tells exactly how institutions should deal with accusations of harassment, not as a way to “do a bunch of stuff,” but to actually reprimand abusers who, if nothing is done, could potentially commit more serious acts of abuse. It’s an electric, highly powerful film that holds nothing back on what it wants to say and should be commended for its bold script that brilliantly takes down the patriarchy and archaic institutions. Please do yourself a favor, go on Netflix and watch this film immediately. It will, hopefully, uplift you as much as it uplifted me.

'I Care A Lot' Juggles Satire, Slapstick And A Feminist Anti-Hero