Ms. Marvel (Series Finale), Episode 6 Recap & Ending Explained: Since 2021, Marvel studio has released 6 shows in their MCU phase-4 prior to Ms. Marvel and one common problem of all the shows has been not being able to deliver a proper, satisfying finale (“What If?” was an anthology for which it doesn’t count). Only Loki has somewhat managed to land and not crash. The reason for this was of course the shorter length of seasons and not having enough episodes to properly tell the stories which come from rich comic origins. Well, it can now be said that Ms. Marvel, the seventh show of phase IV has managed to break this pattern by delivering a finale that mostly ties up all the loose ends while being satisfying enough.

Picking up exactly from where it left last week, the finale mostly focuses on the (pretty much) expected battle between Kamala, Kamran, and the Damage Control Department who consider both of them dangerous because of their abilities. But along with that, it also manages to introduce a new path for both Ms. Marvel and MCU’s future in a rather organic manner.

The episode starts with Kamran and Bruno making a run for life with DODC trying to hunt them down. We see Agent Deever and her team of armed professionals investigating near Bruno’s shop, which is now destroyed because Kamran used his newfound power to destroy the DODC drone.

We see Kamran and Bruno getting into a train and Kamran struggling with his new power. His hand is glowing with light similar to Kamala but of greenish yellow color as he is trying to hold on to a handle. Soon they get ambushed by more DODC soldiers but Kamran manages to hold them off again and they escape and reach the mosque, seeking help from Nakia who suggests they go to the school as it is a Saturday and nobody will suspect.

Soon, as predicted by her the DODC soldiers led by Agent Deever arrive at the Mosque to look for Kamran and Bruno; but somehow Nakia, the Imam, and everyone else present in the Mosque manages to protect Kamran and Bruno. The two of them leave for school after that.

Meanwhile back at Kamala’s home, she reveals to everyone that she is actually the “light girl” but to her surprise, everyone already knows it, thanks to Muneeba. Her family is very excited about her and they are all very proud of her which makes her really happy. Meanwhile, Nakia calls, and before Kamala says anything she informs her about Bruno going missing and his shop getting destroyed.

While Kamala is about to leave Muneeba comes and gives her a costume that is more like her (the one you see on the poster of the show) along with a red scarf. The entire New Jersey city sees her, in full costume running around in the air, using the hard lights. Kamala soon comes across Kamran and Bruno. Kamran is struggling even more now with his power as he feels his entire body is getting crushed. Kamala, Bruno, and Kamran manage to reach the school, escaping the citywide hunt by DODC. Kamala then asks Bruno and Kamran to go ahead while she calls Kareem for help. Kareem, after a bit of persuasion, agrees to get Kamran out of the city if he manages to reach the harbor by the night. 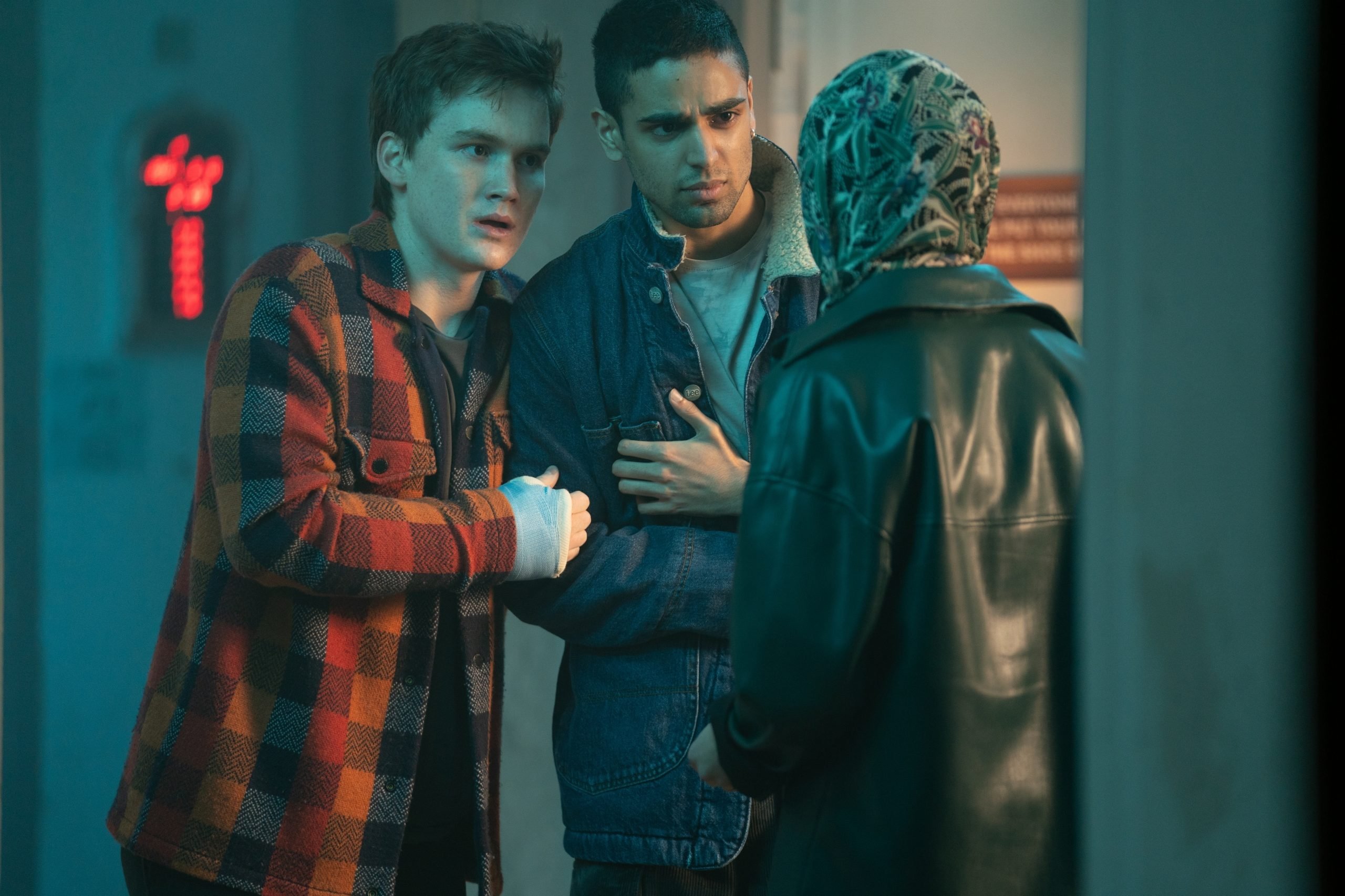 At school, the three of them meet Nakia who is still mad at Kamala for keeping her in the dark all this time but is very much willing to help in this situation. They are also surprised to see Zoe and Aamir there. Zoe tells them about how the DODC soldiers interrogated her about the light girl from AvengersCon but she didn’t give Kamala away, hinting that she actually realized the whole thing before.

Meanwhile, the DODC soldiers reach the school and break inside. Kamala, along with the help of everyone, held them off successfully to a great extent; with clever use of school-level science, softballs, and South Asian music. Zoe does an Instagram live about how they are being attacked and uses her Social media popularity in favor of them. Soon people from all over New Jersey, including Kamala’s parents gather around New Jersey.

After getting to know all these, Agent Cleary (Ariane Moayed, seen for the first time after episode two) calls Agent Deever and orders her to stand down and not attack school kids. But Agent Deevers choose to ignore that and keep going with further enforcement. Meanwhile, Kamran gets agitated after knowing about his mother from Kamala and he decides to attack the DODC soldiers. Kamala saves the soldiers by using her power on Kamran.

Eventually, though, Kamran gets out and attacks Agent Deever and the rest of the DODC soldiers. Aamir, Bruno, Zoe, and Nakia get arrested. Kamala gets out and tries to contain Kamran. Frustrated and angry, Agent Deever keeps attacking both of them. At this point, Kamala uses the word “embiggen” and enlarges herself to a bigger size and easily fights the DODC and beats them. Then with her hard light, she creates a dome-like barrier and surrounds Kamran with that. Kamran tells her that they are never going to be accepted because they are not normal but Kamala tells him that getting accepted and living among humans is the whole point and that was the last thing Nazma wanted for Kamran. Then she creates a pothole through which Kamran escapes to the harbor.

As the DODC soldiers along with Agent Deever try to take Kamala into their custody, all the people come and surround her to show resistance. At this moment, Agent Cleary calls again and fires Agent Deever from her job for creating this situation and ignoring his order; subsequently, DODC leaves.

Cut to the final scene, Kamala’s father reveals to her that they named her Kamala because in Arabic the word “Kamal” means Marvel and to them, she has always been their little Ms. Marvel.

In a mid-credit scene, we see Bruno leaving for Caltech but right before leaving he tells us that the origin of power is actually some sort of genetic mutation.

In a post-credit scene, we find Kamala in her bedroom lying on her bed and suddenly her bangle glows up and she is sucked into a void. From that void, Carol Danvers/Captain Marvel (Brie Larson) appears and she is shocked to see her posters and everything in the room and runs away. 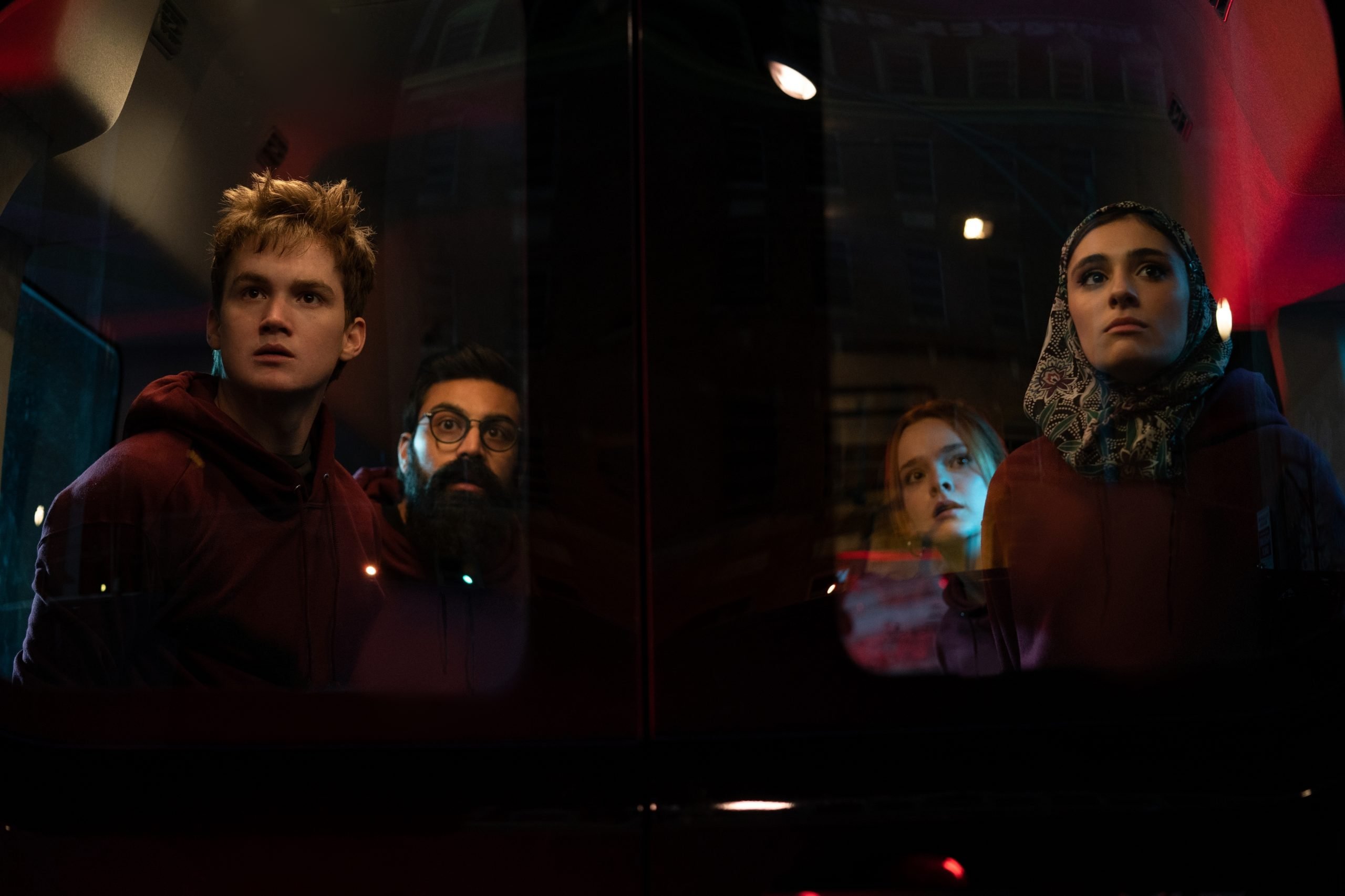 Let’s start with the post-credit scene first. In Marvel Comics, the Krees give something called Nega bands to Caption Marvel and she gets trapped in the Negative Zone. However, on earth, Rick Jones (another essential comic character) finds another pair of nega band and manages to trade places with Captain Marvel.

The post-credit scene can very well be an implication of the same thing which means Kamala is now probably trapped in the Negative zone and her bangle is actually a Nega band. Considering Brie Larson’s appearance which was actually unexpected, the tie-up between this show and the upcoming The Marvels movie is now established, organically.

Now, the mid-credit scene is an even bigger deal. The moment Bruno uses the word Mutation, the very famous X-Men 97 theme starts to play in the background, which is clearly hinting Kamala being a mutant; possibly the first one to be discovered in Earth-616 (as the current universe, described in the last Doctor Strange movie). This also debunks the Kamala being inhuman theory, suggesting that MCU is going to take a very different path for Kamala compared to the comics.

We are definitely going to discover more in The Marvels movie, next July.

Anyhow, back to the series:

The thing is, while many aspects of this show are actually praiseworthy, it also suffers from the same problems every other MCU phase-4 show has suffered from. The 6 episode (with each being around 40 minutes) structure has actually harmed this show more than any other show considering the amount of content it had in hand to build the story.

It is actually kind of sad, especially considering how sincere the cast has been, how brilliant the use of music has been and how much more the show could have been. Bruno and Nakia, both genuinely good characters could not be fleshed out enough because of limited time and space. Aisha and Hasan also deserved much more time to establish the backstory further. A ten to twelve-episode season would have been more helpful and could have made this show truly great.

However, even with all that, what it did, in the end, is still very much acceptable and it should be held as one of the better things Marvel Studios have come up with in the current phase.

Where to watch Ms. Marvel

Ox-Head Village [2022]: 'NYAFF' Review – A Predictable yet Gripping Horror with a Grudge-Bearing Ghost