The South Korean crime drama Narco-Saints 2022, a.k.a The Accidental Narco, is based on a true incident about how a regular middle-class man joins an effort to apprehend a drug kingpin in another nation. As authentic as it gets, the writers have rooted the story in virtue while immersing us in a fast-paced story that never loses sight of morality and, more importantly, never disappoints. With its roots firmly in place, it reminds us of a close resemblance to Pablo Escobar’s empire. But Kang Ingu’s character is exactly the opposite of Pablo’s equivalent in the antagonist Pastor Jeon Yohan that we need in this series.

The story opens with Kang In-gu’s account of how challenging his childhood was when the war had just finished, and he had lost both of his parents. He spent his entire life overcoming challenges brought on by the lemons that life threw his way. However, his father had put in place survival strategies and taught him how to tackle difficult situations. As the plot thickens, we see Kang’s transformational journey to confront a Pastor who puts him in a difficult situation after he faces prison time and loses his best friend. Without any delay, let us explore his journey and learn how he captured a drug lord in another country, working as an informant for the National Intelligence Service of South Korea. 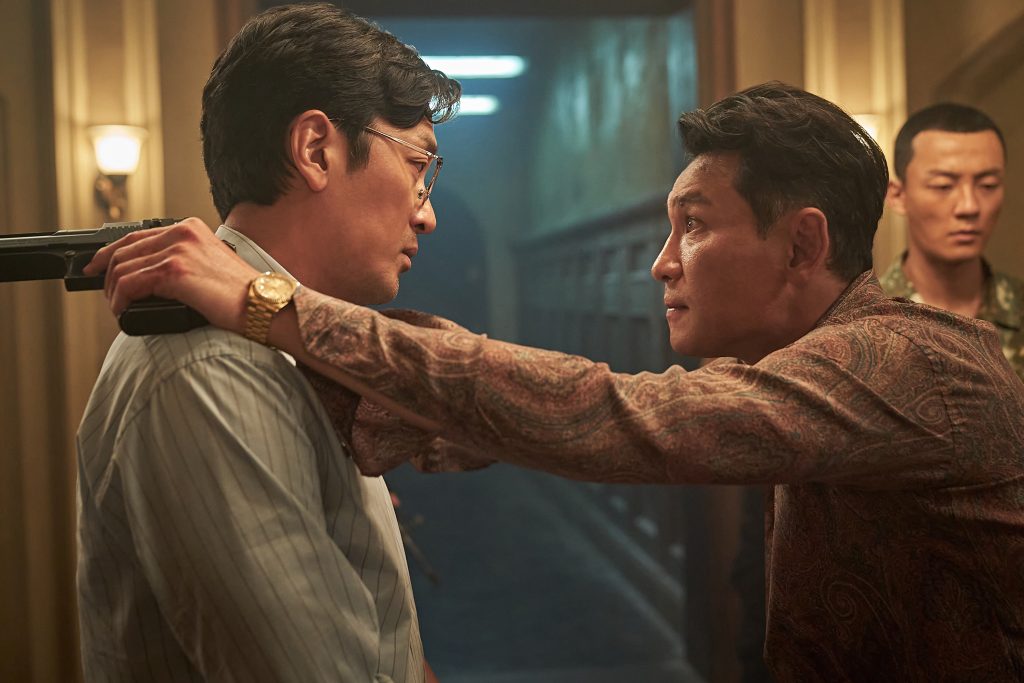 Kang In-gu learns that a particular fish species known as Skate, a delicacy to Korean taste, is being disposed of in a small town called Suriname in South Africa; he and his best friend Park Eungsoo decide to start a business. Although they both recognize that this is a viable and profitable trade, Kang is apprehensive about leaving his family behind to trust Park with this proposal. Things go very wrong when they meet a particular Pastor of a church upon Kang’s wife’s persistence.

When Kang lands in jail, things get dire. With some prior experience to find a way out, he tries to bribe a police officer without realizing how things will change very quickly. An intelligence officer named Choi Chang-ho, head of the National Intelligence Service of the U.S Branch, approaches him and requests his participation in apprehending Pastor Jeon Yohan. He educates him and explains that Pastor Yohan is a drug smuggler who has captured Europe with his cocaine dealings and used Kang’s shipment to Korea as a test route for his drugs.

In complete shock, Kang finds out that his best friend Park has been killed after he tries to find out about the shipment where drugs were found, and he finds out about the Pastor’s identity. But Choi’s main aim is to have Kang convince Pastor Yohan to transport the drugs via an American Port that allows the DEA to arrest without foreign interference. This sets in motion a series of events after Kang discovers a turf war in a small town called Suriname involving the biggest names in South Africa.

In Suriname, the Pastor tries to form an unlikely bond between himself and his arch-enemy Chen Jin, the lead drug dealer of meth in Suriname’s Chinatown. Chen Jin had initially decided with Kang to deal cocaine, but Pastor Yohan strictly forbade it as it was his empire to rule and no one else’s. Through each episode, we observe many agreements that are made behind each other’s backs. Each minute is a new decision that drives the narrative in the most chaotic manner with bullets flying, blood being spilled, and corrupt politicians at the constant mercy of a world superpower.

How do Choi and Kang arrest Pastor Jeon Yohan?

Kang is unaware of a NIS inside agent in the Pastor’s inner circle. When Byeon reveals himself as an inside agent, it takes Kang aback. Agent Choi assures him that Byeon is on their side. Unbeknownst to this fact, Pastor Yohan is still waiting to learn if Kang and Choi’s collaboration has thrown all his plans for the cocaine trade through Puerto Rico out of whack. He suspects them after his close aide alerts him of the same.  He begins to suspect Kang even though he regards him as a sincere friend. Meanwhile, after calling all the shots himself without Agent Choi’s constant orders, everything is going according to Kang’s plan by averting Yohan’s suspicions by a close shave. 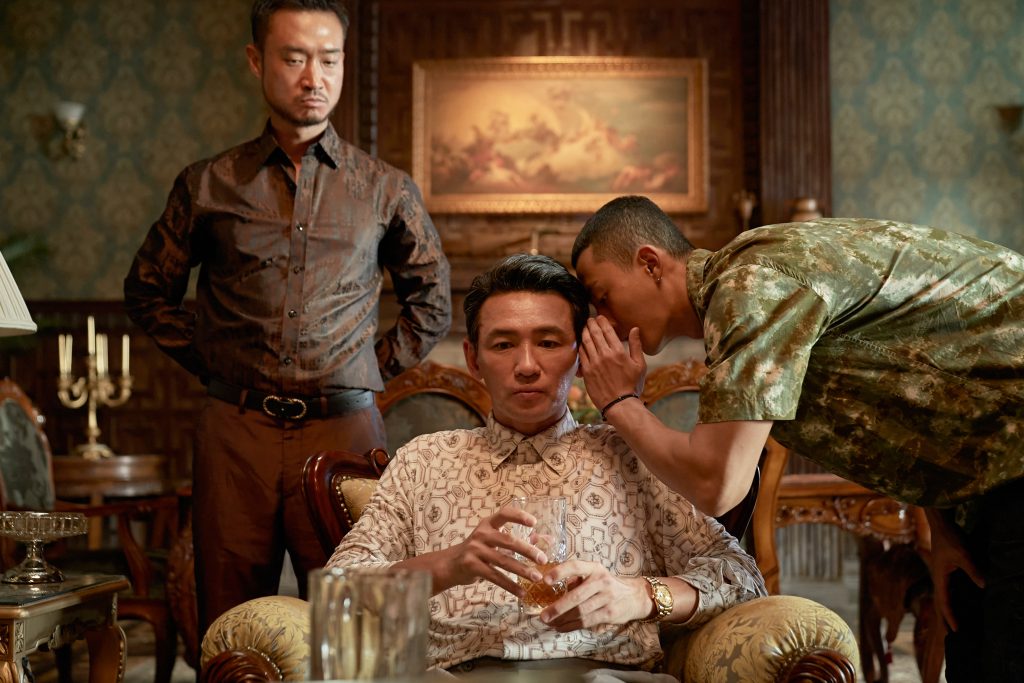 Kang struggles to trust Choi after he finds out that Choi planted drugs in his shipments to find a reason to get close to Pastor Yohan and use Kang as a civilian operative. Kang lost all the savings he invested in the business, thereby risking his family. He has more on the line after losing his best friend. True to his conscience, he decides to take matters into his own hands. With women and children viciously drugged and forced under this influence to keep working for Pastor Yohan, Choi and Kang have a new motivation to bring this mission to a close and have him arrested. With everything set in motion, Choi manages to convince the DEA that he has enough evidence to capture Pastor Jeon Yohan when he makes the trade route through Puerto Rico, a U.S based port.

Everything hangs very close in the balance. When it is time to make the official drop-off in Puerto Rico, Pastor Yohan makes a last-minute call and decides to send his liaison instead of being present on suspicion of the arrest. It foils Agent Choi’s only chance to arrest Pastor Yohan. It even runs the risk of his liaison, Sangjun, ratting on the DEA to help Pastor Yohan escape. When the commanding U.S DEA Agent arrests Sangjun by a quick change in strategy, they warn him during questioning that the operation must go smoothly.

Sangjun slyly informs the Pastor that everything is going well and says that he would love to open a bottle of champagne on his return. It makes Pastor Yohan alert knowing that his liaison does not drink, thus informing him of an immediate threat of some kind to the product. With Kang and inside Agent Byeon sitting before Pastor Yohan during that call, the Pastor slowly pulls away with his most trusted bodyguard. He returns to have them both surrounded and interrogates Kang about whether he plans to steal the shipment with his partner. This line of questioning takes Kang aback but is armed and ready for a stand-off.

Meanwhile, Pastor Yang is struggling to locate his product with some certainty now that it has left his possession. When he calls President Delano to check if the plane is safe, things just do not seem right in his gut. Meanwhile, the DEA ascertained that there were drugs present in the disguised sacks of grain and took charge of arresting Pastor Yohan in Suriname. They co-operate with Suriname’s Air Force, and the President is suddenly notified they are in their air space.

Suddenly, the President learns that his own partner tried to deal drugs on American soil, which goes against the law of his land, putting him in a dangerous cross-hair with America. Knowing this fact, Pastor Yohan now must run for his life. He does so immediately, but Agent Byeon reveals himself, and a tussle ensues.

The Americans have already planted themselves strategically around his compound and started shooting the Pastor’s Brazilian bodyguards. It leaves him defenseless and scared, with too few men to protect him. The remaining guards try and save Pastor Yohan by running to the cars. Kang has already disconnected all the cars, and none of them will start. When the two finally do, Pastor Yohan makes a run for it, and a car chase ensues with Kang following them hot on his tail. Choi is in the helicopter above, tailing all the cars.

After heavy firing, Pastor Yohan and Kang get into a brawl near a boat where the Pastor is trying to escape, and Kang is not allowing it. When Kang has the Pastor choking for breath, Agent Choi turns up on the scene in time to reveal himself as an Agent and not Kang’s partner. Agent Choi arrests the Pastor, and the DEA takes the Pastor back to the U.S to press charges for dealing Drugs and Drug-trafficking on U.S territory.

This story makes anyone think that anything is possible if you simply have your wits about you. While the characters have been dramatized, one can’t help but wonder what kind of life the character Kang would live after an adventure such as this. While there seemed to be no mention of a second season, this storytelling style only gives you goosebumps and tells you that reality is not always more than you can handle. Even though some situations seem too much, there’s always room to explore your own potential. With no more information to dig through about this story in real life, we hope that in the future the identity of Kang will be revealed to us sometime in the future.