“Fucked by morality, chased by desire.”

Qaushiq Mukherjee’s Gandu is a revolutionary film. It does what no other Indian film will ever have the balls to do (and am not even talking about the explicit sex scene). Described as a rap-musical by the director himself, Q’s Gandu breaks all kinds of conventional barriers. It breaks down the pre-conceived narrative structure where it sometimes comes out as a comedy, sometimes a documentary, sometimes a drama and sometimes a metaphysical-drug-induced haze that only wishes to blur your sensibility.

Featuring occasionally regressive, tedious and wildly urgent flash cuts, split screens and bold subtitles on the screen, Q has created something that wouldn’t resonate with the niche movie watching audience of the country. Trying to build a film that spits anti-bollywoodism from the word go, Gandu fascinates with its audacious narrative choices, unlikable characters, and monochromatic uniqueness. Wherein it transcends the usual flare of films by a mile and constructs an unbreakable cocoon of heroin for itself. 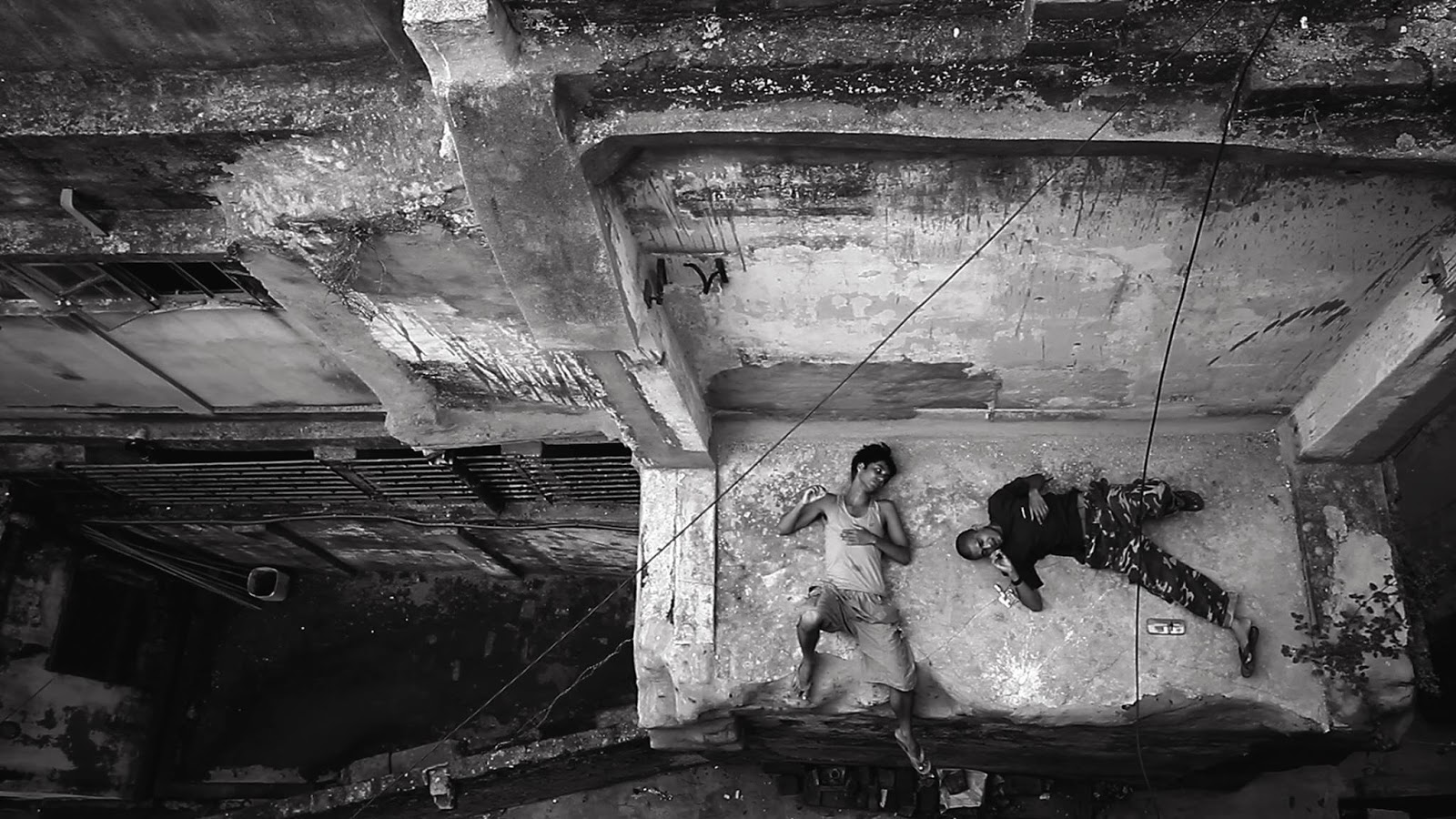 The titular character which is translated to asshole in English is a 20 something who is good for nothing. His daily routine includes eating breakfast, catching glimpse of his mother having sex while he steals money from the guy screwing her, smoking hash, watching porn, buying a lottery ticket and writing/singing rap about his sexual frustrations. Which basically tells us that he is a complete loser (there’s a rap about that too). But then there’s a change in his life when he meets a rickshaw puller (ironically named Ricksaw). As someone who adores and worships the martial art master Bruce Lee, Rickshaw acts like a simple escape for Gandu. He is frustrated and angry when his mother finds out that he is stealing from her.

The mundanity and paranoia of Gandu’s vision soon turn into a drug-induced haze when Gandu and Rickshaw are under the influence of Dhatura (a drug like no other). In one of the strangest narrative choices in any film I have ever seen, the third act of Gandu features a metafictional, sometimes spiritual investigation, when the director Q shows up making a film about Gandu. So when Gandu (the character) meets his God (creator – Q) the film becomes less about his vial frustrations and more about a film that he wants his life to be about (rolls movie credits for the first time). His life now takes a turn for the good. He wins the lottery that he never really wins. Becomes famous as an underground rap-star where girls are going gaga over him and moreover, his sexual frustrations intermingle with his fantasy as he fucks the girl of his dream (in a beautifully picturized stimulating sex scene, shot in glorious color).

What still makes the film ambiguous is it’s last 5 mins. Did Gandu really redeem himself? Did self-realization and success really come to him? Is his life slowly turning colorful from the shadowy paths? Q’s extremes have no limits. While there are visible references to Gasper Noe, Q’s vision is quite original. A 20 something is always on the verge of some sort of break-down. It can be suicidal, it can be existential or it can be sexual (as is the case with Gandu). Q has just filmed the frustration through his own verses.

Gandu is now out on Netflix.