The Academy Awards, and all other film awards ceremonies, are irrelevant. No-one really cares about them. They’re fun to get hot and bothered over, especially if you’re the gambling sort of person, but despite the cannibalistic press fawning over something they pretend to be interested in so they can get site traffic, all these awards ceremonies have no real value. They sure do have an imposed value, meaning that anyone who wins an Oscar will be cemented in history as being recognised by the biggest movie awards business, which would certainly look snazzy on any film-maker’s resume – but they still have no actual real intrinsic value that anyone really cares about. All film awards ceremonies are completely pointless fluff aside from the fact that it’s fun to criticise them.

Taking shots at the Academy Awards specifically (as an example, though these points apply to the likes of Golden Globes, BAFTAS, Writers/Directors/ Screen Actors Guild Awards) is how insular they are. People complained about the 2016 Academy Awards not being diverse enough, and now these same people seem satiated by more African-Americans being nominated, but it’s still one of the least diverse selections in the universe. Aside from little Latino representation this year (who make up an almost equal percentage of the US population as African-Americans), there is only one foreign film nominee, with Isabelle Huppert nominated for Best Actress for Elle. The Academy Awards are indeed American, but they don’t label the categories with “Best American Motion Picture of the Year” or “Best Performance by an American Actor in a Leading Role”. They act like it’s anyone’s game from around the world when it comes to being nominated, but ultimately very rarely ever nominate the talented work from abroad – so much for diversity.

The foreign films do have their own category, albeit a limited one as each country can only submit one film each year for this category. This silly rule totally undermines the Academy’s inclusivity and proves that even when they are open to foreign films, it’s only within restricted and arbitrary measures. The award for Best Foreign Film is rather useless, but it is one of the only chances a foreign film could even get nominated for an Oscar. 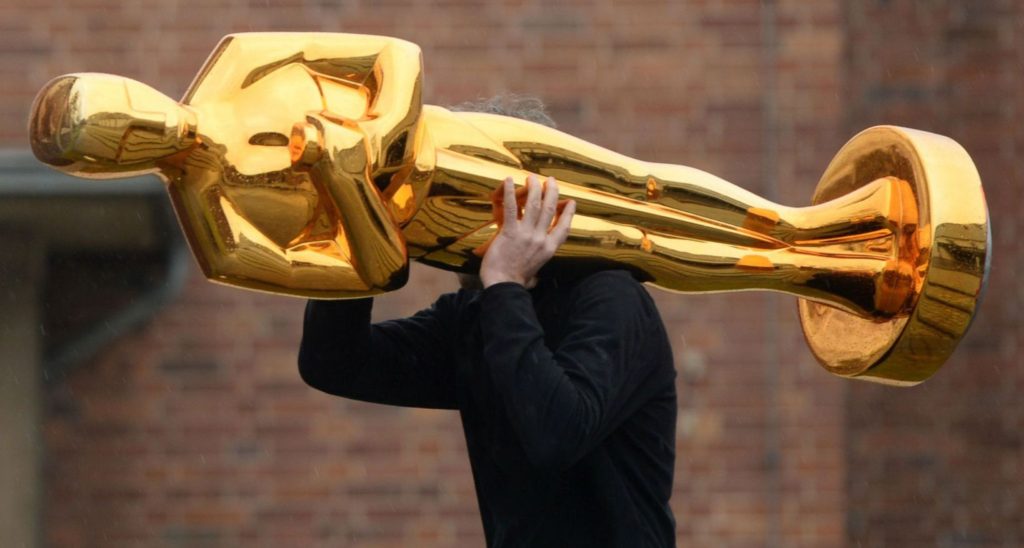 The term Oscar-bait exists for a reason. It refers to a certain kind of film that deals with heavy topics that have relevance in the modern world, even (and especially) if they are a period piece that use the time between now and the film’s time-setting to comment on how much or little social progress has taken place. However, an Oscar-bait film usually handles them in a sanitised and happy-ending kind of way to appeal to the strict sort of audience that the Oscar voters are – old, traditional, close-minded to experimentation and ambiguity, and uninterested in genre and foreign films, which is why a comedy or blockbuster will never win Best Picture. There are the Best Picture winners that occasionally buck the trend, like the brutal and uncompromising The Silence of the Lambs and No Country for Old Men, but there’s no great diversity between the sorts of films that Academy voters go for, whom are made up of 91% white people and are 76% male, with 63 as the average age, which is not representative of the American population and skewers what is determined as the “best” in films.

The biggest qualm I have with these awards shows is how reliant the nominations and awards are based on money rather than quality. If your favourite film wasn’t nominated for this year’s Oscars, it may be because it didn’t have enough awards-season marketing money behind it. These awards campaigns are split up into two phases, the first focusing on getting films nominated throughout most of the year as they debut at festivals and have their American release. The second phase, that’s even more important and costly, focuses on getting the nominated films to win their awards, which is squeezed into a much tighter time frame of just a month (between when nominations are announced and when voting is closed). Plenty of money is spent on these campaigns alone, such as the costs of awards-specific advertising, getting screeners to voters, PR consultants, and flying the actors and filmmakers around to festivals and screenings to further promote their films. All in all, it can cost up to $10 million, but these prices can be worth it as Oscar nominated films on average have a profit increase of $12.5 million compared to non-nominated films, and Oscar-winning films have a profit increase of $3 million over its nominated contemporaries. Suffice to say, low-budget films really have to accumulate attention to get someone to throw $10 million their way so they can win an Oscar.

As you can see, the Academy Awards (and pretty much most other film awards shows) are completely useless, unless gambling’s involved. Despite all the websites and film journalists happy with the “diversity” this year, there is still hardly any and never has been. The Academy Awards are a back-patting society that, like most other proud industries in the world, give themselves awards and trophies. They can ignite the careers of new-comers (just look at writer-director Damien Chazelle), but that can only happen if the money is happening. Until all of the Academy voters sit down and watch every single film in the year and make their assessments from there, awards shows like these don’t have as much worth as they think.

[Watch] The Unreserved (2017): Beyond the Railroads