We have seen a lot of films about the various forms of power struggle framed by a minority. But we seldom get to see films that depict power strifes within a minority. Kristian Mercado’s Nuevo Rico (2021), which won the SXSW Jury Award for Best Animated Short, manages to tell this intensely provoking story with razor-sharp precision, and the results are astounding.

Nuevo Rico focuses on the life of two siblings- Barbie and Vico. They are hugely unpopular Reggaetón artists trying to make it big. One day, they pass through a dense jungle, in which they stumble upon a celestial secret that changes their lives for good. This realm of magic suddenly propels them into the peak of Reggaetón stardom. However, the two discover that this newfound fame, while not short-lived, comes at a deep price. While staying faithful to the film’s central message about the murkier layers of success and ambition, the film is focused and unhurried in its approach. It doesn’t resort to indulgence just for the heck of it. The film builds a charming world and lures you to buy into it.

RELATED TO NUEVO RICO: JUDAS AND THE BLACK MESSIAH [2021] REVIEW – A REFRESHING MAINSTREAM NARRATIVE ON FRED HAMPTON AND BLACK PANTHERS

Nuevo Rico, drenched in its neon and pink colours, is instantly fascinating because the narrative feels personal to the viewer and the characters. There’s a simmering black rage that follows the film’s meditation on the struggle to make it. The relationship between the two siblings is likely to connect with everyone on a personal level because there’s some kind of mundanity and emptiness between Barbie and Vico. The brother-sister duo sure loves each other and are connected by the solid string that music is, however the director never makes it obvious. Perhaps it’s only fitting because this helps us to consume the disturbing conclusion the film meets. 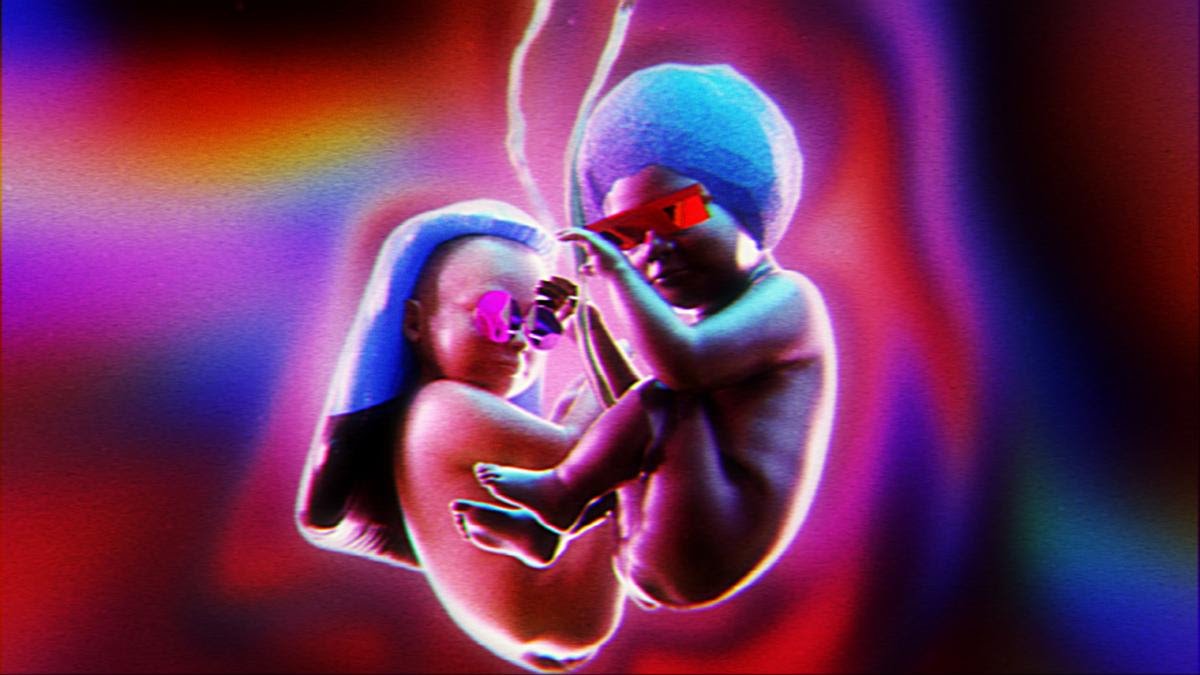 The medium of animation positively brings out the richness in the Reggaetón music, elevated by the constantly immersive sound design by Josh Madoff. The animation also helps the filmmaking to establish heightened visual hypnosis. While the idea of this being a live-action feature certainly piques, animation as a medium is far more magical and interesting because this is a brutally engaging tale, frequently told in huge symmetries but with unusual minimality.

The voice cast syncs in exquisitely- Jackie Cruz and Antonio Vizcarrondo are perfect for Barbie and Vico respectively. However, my favourite character in Nuevo Rico has to be the Indigenous Celestial God, played out with an unhinged madness by Fernando Ramos. This celestial god is certainly divine, but he hides a wilder and gloomier edge beneath his glossy surface, and he deserves a film of his own. Perhaps he serves as a potent allegory for success- which is both good and evil concerning how people take it. At sixteen minutes, the film is ecstatic and wholesome, the short running time never posing as a real problem in conveying its benign representation of Afro-American life.

Be warned- one might feel that Nuevo Rico is all too reliant on its animation, especially when it ends. However, this is an exceedingly powerful story and it has been told well with honesty that slaps. It also left me pondering with one question- with institutions like The Academy recognizing the lesser-heard voices in an artistic medium, does the utopia come for a price?