Zhou Ziyang’s impressive debut feature Old Beast (2018) is about bad times and bad choices. Set in the rapidly urbanized city of Ordos in inner-Mongolia, the film focuses on the happy-go-lucky 60 year old Lao Yang (Tu Men), who was once a successful real-estate businessman. Now he roams around the barren, grayish town on his diminutive sputtering bike, sporting a leather jacket and shades, and frequents a mahjong parlor, gambling away the money he doesn’t have. Yang seldom takes care of his paralyzed bed-ridden wife at home, but unashamedly keeps a young mistress whom he showers with expensive gifts. Yang tells his gambler pals about the money people owe him, although his tender side is ruled unfit for the ruthless task of debt-collecting. We first see old Yang’s unforeseeable tenderness when he meets his buddy Lu, a poor herdsman with a sick camel. He treats Lu to a good meal and takes him to visit a massage parlor by pawning his own motorbike. Later, we see Yang visiting his grandson at school, his eyes and voice turns into a well-spring of compassion and warmth.

Nevertheless, the arrogant, unrepentant side of this complex bankrupt man propels him to make some wrong choices. Yang’s hardworking adult children – two daughters and one son – wants nothing to do with their father but rushes in when their mother is hospitalized (during one of Yang’s wanderings). The doctor advises for a 30,000 yuan surgery. Old Yang has once helped his children to get on their feet and hence thinks that he could boss them around, now and then. But they just want him to succumb to the role of being a good ‘decent’ father. The terrible local financial situation has made his son Bing and daughter Mei to work extreme hours to lead a decent life. Youngest daughter Qin lives in a faraway town and seems to have been blessed with some financial security. However, the three children decide to share the operation fee. Alas, Yang misappropriates the surgery money to help his herdsman friend by buying him a cow. Frustrated, Yang’s children force him to sign a contract promising that he will change his behavior and then lock him up in a cellar. The miffed father decides to teach them a lesson by calling the police. The decision only worsens his emotional and familial ties. 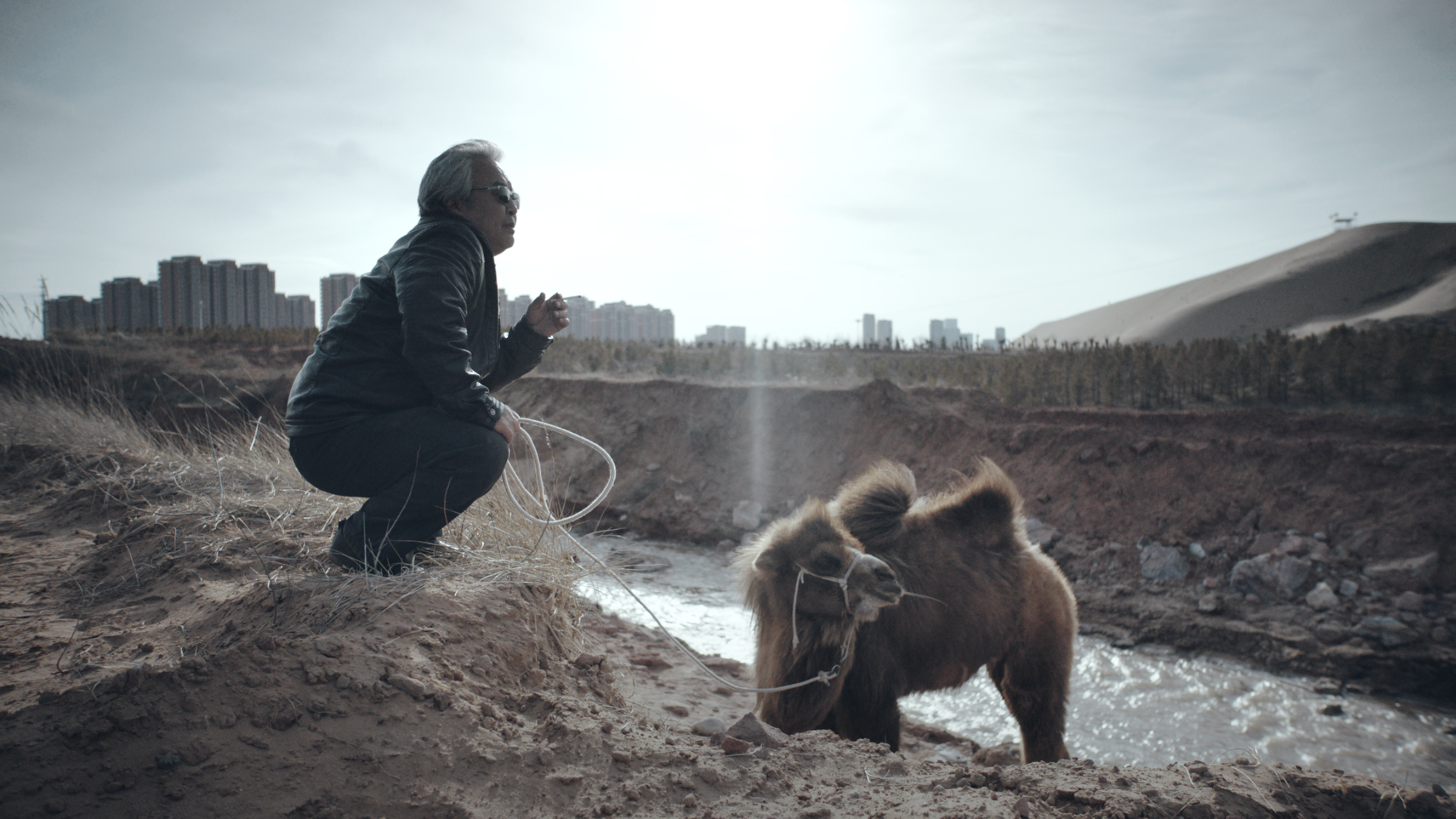 Lao Yang may easily come across as a despicable character; a man who gambles, cheats, and covets others’ money. It is to writer/director Zhou’s credit that he renders this character sympathetic, despite laying bare his unpardonable flaws. Zhou is able to look beyond the guy’s selfish and hotheaded nature and relentlessly leads the narrative development to avoid easy categorization and instant judgments. The narrative’s fatigued characters – especially Yang’s offsprings – are sketched with their own set of flaws, brought about by the tough financial situation. Most of the conversation between Bing, Mei, and Qing revolves around money and the notion of caring for the ageing parents is perceived as a burden. They could be casually dismissed off as cynical and uncaring, but their economic despair and inner emotional conflicts appear to be starkly realistic. Zhou employs gritty and raw mise-en-scene to showcase the escalating tumult between Yang and his family members. The static courtroom shot where Yang bellows at his son before storming out and Yang-Qin’s (youngest daughter) distressing face-off at her home are some of the gripping scenes offset by riveting camerawork.

Eventually, two factors make Old Beast’s social commentary intriguing: Tu Men’s outstanding performance as Yang; and the sprawling, doleful landscape of Ordos City. Veteran actor Tu Men initially looks like a cartoonish figure, especially with a way his large body dwarfs over his bike. This farcical aspect gradually fells away and attunes us to the actor’s subtle layering of his flawed character. Be it prideful posturing or aggrieved looks, the actor is instrumental in bringing forth nuanced complexity to the jaded individual. Bolstered by DP Matthias Delvaux’s striking cinematography, director Zhou turns the broken landscapes into symbol of sorts for the characters’ mental state. The bleak, ‘desertified’ setting with its plethora of empty, dilapidated housing quarters and cloudy weather almost resembles a dystopian environment. Yang’s exchange with herdsman Lu subtly hints at the firm land encroachment and cultural colonization within inner-Mongolia (one of China’s five autonomous regions), in the name of urbanization and economic modernization [recently activist/documentarian Zhao Liang’s confrontational documentary ‘Behemoth’ brilliantly exposed the suffering of the inner-Mongolian population that’s indirectly linked to the corrupt practices of boosting GDP growth].  Mostly Zhou depicts the harsh truths by eschewing loud denouncements and overt histrionics. The characters in the periphery often bicker, bully, and remain apathetic (the nurses, bureaucrats, bus conductors, etc), expressing their pent-up resentment about the promised capitalistic ‘progress’ in myriad ways.

Despite few dramatic shortcomings, Old Beast (110 minutes) is a bold and meaningful work that gently pushes against the country’s cheerful social narrative. It honestly depicts cross-generation schisms in an economically-afflicted region of modern China with realistic emotions and a good style.