Reviews
3 weeks ago
by Shikhar Verma
0

Stories about underdogs are so common these days that one can anticipate their exact path even before they reach the halfway mark. With Raymond Lewis: LA Legend, Director Ryan Polomski presents a tale that has all the hallmarks of an underdog story, and yet, no one can prepare you for the tragic turn it takes. If you are completely unaware of Raymond’s life, like me, you would be moved by how Polomski tells this story. Sure, there’s a touch of manipulation towards the end. But this is a well-rounded and researched tale about a legend that never was.

Opening with the rightful information that it will be about one of the greatest basketball players who was never allowed to play even a minute in the NBA, the documentary’s first chapter takes us back to the player’s origin. Raymond Lewis, who emerged from Watts, California, was an incredible shooter. So much so that players around him considered him invincible. This part of the doc is important in establishing Lewis’s character, featuring a combination of interviews and discovered footage from Lewis’ early days. This part shows us that despite being part of a big family, Lewis was always found in and around a Basketball court.

The 1970s Southern California basketball scene plays out as a major chunk of the documentary because it was the formative years in which Lewis really became a local sensation. This part moves at breakneck speed and takes us through his championing days of high school basketball, where he single-handedly led Verbum Dei High to an 84-4 win. This, among other games, is only partially shown as the actual aim of the documentary reaches its crescendo soon enough. 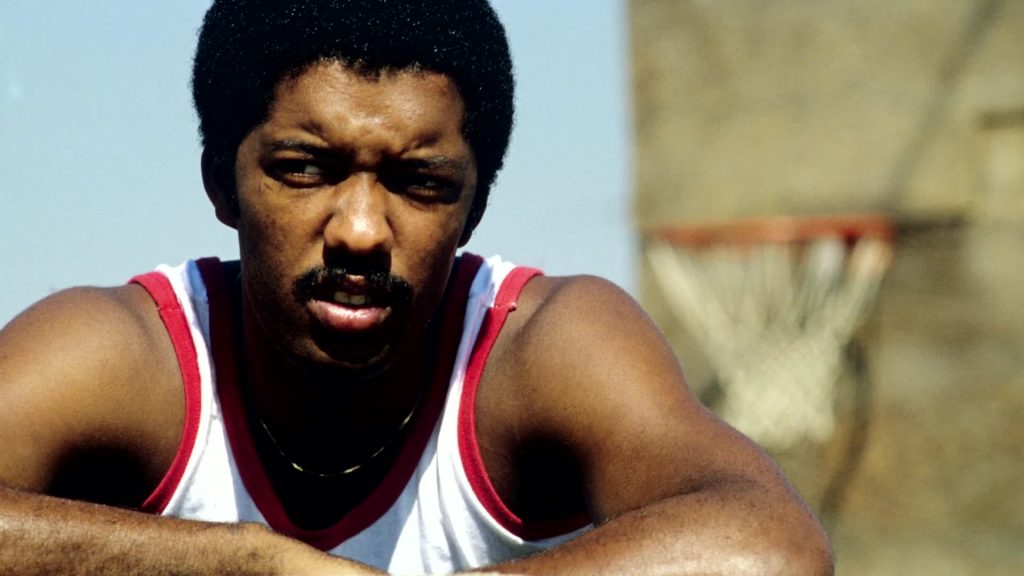 Raymond Lewis: LA Legend aims to tell the tragic story of injustice that the player was met with when he was drafted for the 76ers and how the recruitment process back then was always on dicey waters. Due to contract issues, Lewis was blackballed by important selectors and coaches. Without taking sides, director Ryan Polomski shows us that Lewis was sort of greedy and too proud of himself, but that doesn’t cancel the fact that he was an absolute rockstar when it came to playing ball.

While I wish the story dug a little deeper into the time when he almost lost all his hopes, it certainly works as a cautionary tale for athletes who are still wrongly wooed by brand deals and other nonsensical stuff, eventually leading to their deteriorating careers. For what it’s worth, Raymond Lewis: LA Legend is a well-intentioned sports documentary that tries to immortalize a player that would otherwise fade away from memories soon.