Jack Reacher (2012) by Christopher McQuarrie and starring Tom Cruise was made on a decent budget of $60 million and grossed over $200 million. It has stood the test of time and is one of the best action movies of the past decade. Its sequel, Jack Reacher: Never Go Back (2016), which was directed by Edward Zwick and saw Cruise reprise the role cost $90 million to make and earned a little over $160 million. Critics weren’t happy with the plot but Cruise’s performance and the action was praised. However, Lee Child (the author of the Jack Reacher books) and fans of his work were unanimously unimpressed because Tom Cruise wasn’t as hulking as the protagonist was in the books. So, instead of the third movie with Cruise, here we have Season 1 of a Prime Video show called Reacher.

Developed by Nick Santora, the first season of Reacher is based on the 1997 novel, Killing Floor. The episodes are directed by Norberto Barba, M.J. Bassett, Sam Hill, Omar Madha, Christine Moore, Lin Oeding, Stephen Surjik, and Thomas Vincent. It’s written for television by Cait Duffy, Aadrita Mukerji, Scott Sullivan, and Santora. The show opens with a mysterious killing of a man by multiple people. Then it cuts to Jack Reacher (Alan Ritchson) visiting the fictional town of Margrave because his brother Joe Reacher (Christopher Russell) had mentioned that a blues musician named Blind Blake died there. He visits the local diner to have a peach pie and black coffee. But before he can dig into any of that, he is arrested under suspicion of committing the murder that was featured before. Since Reacher is evidently innocent, he plans to prove it and get out of jail. However, revelations about his brother make his visit to Margrave personal. 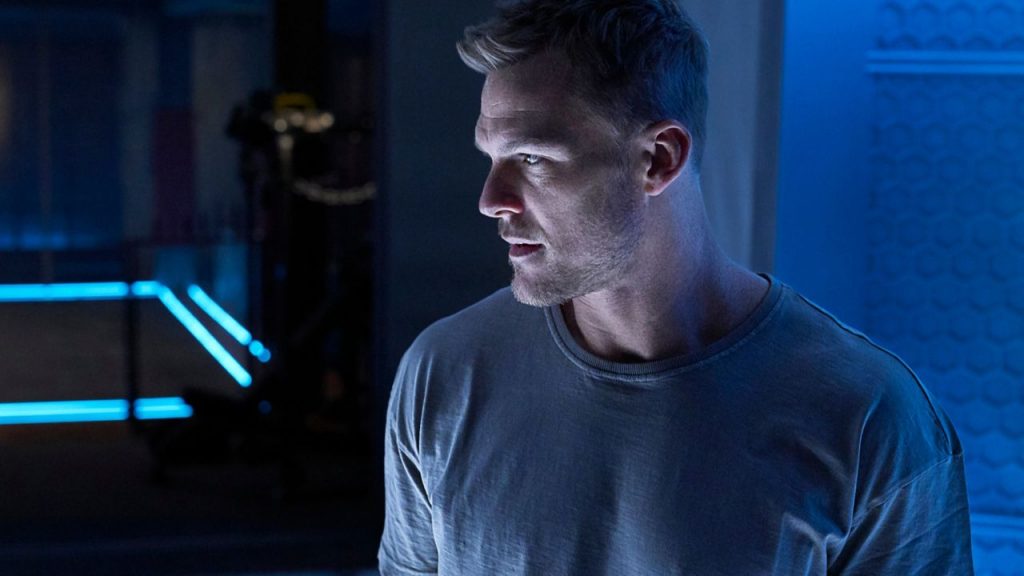 As someone who hasn’t read the book and glanced at the synopsis, Reacher seems like an accurate adaptation. Especially in terms of the casting of Ritchson, who is 6 foot 1 inch while Reacher (in the books) is 6 foot 5 inches. He towers over everybody else on the screen. He is great at hand-to-hand combat. And his detective skills will make Sherlock Holmes blush. But it’s not necessary for an accurate adaptation to make for good entertainment. Ritchson’s portrayal of the titular character comes off as bored, bland, and uninteresting. The writing around him gives off the feeling that he has stepped out of a mid-2000s action show like Burn Notice and sometimes switches gears to a Nicholas Sparks novel. And it’s important to refer to Sparks because Reacher’s romance with his circumstantial co-worker Roscoe Conklin (Willa Fitzgerald) is painfully forced and hence, unnecessary. The fact that there’s absolutely zero chemistry between the actors doesn’t help their case at all. Ritchson can sell his action scenes though. So, that’s a plus.

The action is actually Reacher’s only saving grace. There are two back-to-back prison brawl sequences that are raw and gnarly. The choreography smartly prioritizes emphasizing moments and movements over trying to pull off unedited fight sequences. It plays to Ritchson’s strengths and helps him appear as a true force of nature. But after a few episodes, it does get repetitive because that’s all the variety you get. Just hand-to-hand combat. There are knives but there’s no knife play. There are guns but there’s no gunplay. There are cars but no car chases. Therefore, if you prefer only punches and kicks in your eight-hour-long show, Reacher is absolutely your thing. That said, there’s still a chance that the show will make you go “what the hell?” when you see Reacher in a full-on camo make-up in a white mansion. On top of that, after taking out some of the guys outside the mansion, he just stands there in plain sight and smoulders. Twice! Why? What purpose does that serve? That’s the real mystery of the show.

Talking about the plot, well, it’s stretched. This should have been a movie. It doesn’t earn its right to be an eight-hour-long show. Then it wouldn’t have needed so many characters. Even if it did, they wouldn’t have to spend so much time with the characters. Because the longer you stay with them, the more you realize how bereft of substance they are. Reacher doesn’t have a lot to say apart from the usual “White people in a town where white people are the majority are racist” or “money laundering is bad”. The only thing that the show did have going for it is the murder mystery angle since the protagonist is personally invested in it. But that is wasted magnificently. Additionally, there’s the problem of tonality. A lot of these characters and subplots feel like they’re in realms of their own. They never come together to make one show. The biggest example of that is Oscar Finley (Malcolm Goodwin). Yes, he’s supposed to be the “odd one out”. However, everything from Goodwin’s pitch to the writing is painfully cliched, thereby completely missing the point it is supposed to make.

One has to be insane to say that Reacher (the show) is better than the first Jack Reacher movie. Saying that it’s better than Never Go Back is excusable. But the first movie is aeons ahead of this show. So, if you are a hardcore fan of the book series or any of Lee Child’s work, go ahead and watch Reacher. You will probably enjoy it a lot. For the rest, just watch the under-appreciated action masterclass that is Christopher McQuarrie’s Jack Reacher.