Danish filmmaker Marianne Blicher’s first feature-length film Miss Viborg (2022) is cloaked in the familiar yet engrossing melancholic gloom of Scandinavian cinema. Set in the Jutland provincial town of Viborg, the film opens with old, obese, and isolated Solvej Hansen (Ragnhild Kaasgaard) navigating through her daily life with familiar routines and by reminiscing on dreams from the broken past. Framed in long, wide shots, we see Solvej moving through the town’s social housing area in her moped with her beloved dog Poul Reichardt. She sells prescription drugs to ease the hardships of her retirement life. Of course, Solvej has her principles, i.e., to not sell the stuff to kids. The town’s adolescents hang out in its border alongside the truck drivers, who make their stop during their long journey towards neighboring countries. 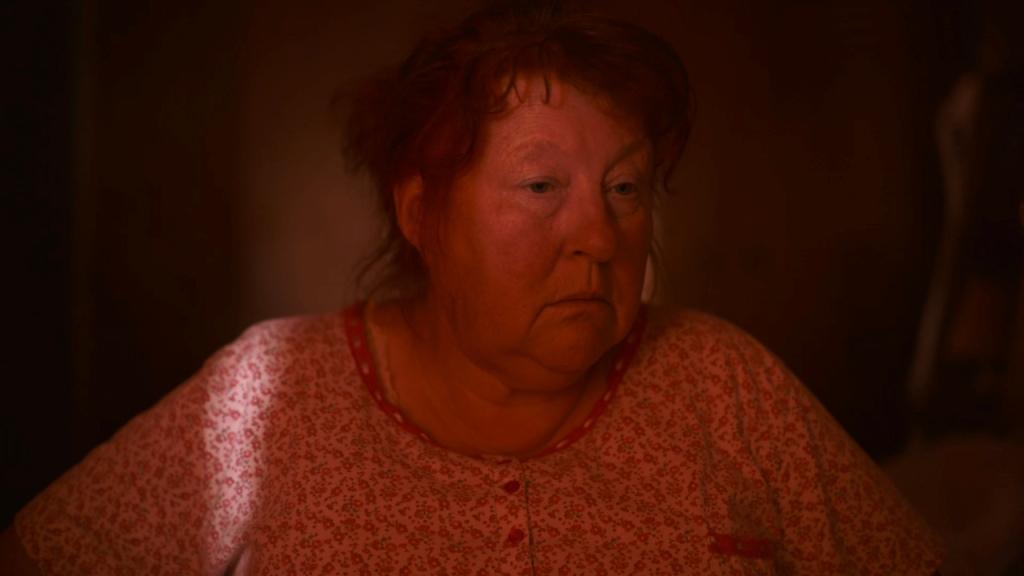 Solvej’s neighbor’s daughter, Kate (Isabella Moller Hansen) is one of those frustrated and bored 17-year old who yearns to skip the town. Kate has no idea what to do with her life, whereas Solvej believes that her stasis in life could be cured after collecting enough retirement funds. Solvej attentively listens to the radio and pretends as if she has been to the places that are iterated in the channels. Kate has no idea on what do with her life. Faced with a minor conflict, she breaks into Solvej’s apartment to steal. But Kate is nearly caught, and in the confusion leaves her phone behind.

Related to Miss Viborg – The Odd-Job Men [2021]: ‘TIFF’ Review: A Mellow Dramedy Built into an Environment of Crisis

In a roundabout manner, this leads to an unusual friendship between the two lost souls of Viborg. Aware of the dog-eat-dog nature of the outside world, their initial encounters are like games, testing each others’ boundaries and seeing how much they can get away with. Solvej, a former Miss Viborg, harbors deep wounds from her past. She gradually feels the need to help Kate, whereas Kate is typically self-centered and naively imagines a future with her father in Hanover, Germany whose identity itself is unknown.

One haunted by the past and the other dreading the future. Naturally, their unlikely friendship leads to Kate helping Solvej in pushing the pills. Meanwhile, Solvej attempts to go out with a genial elderly truck driver named Preben Elkjaer. However, a conflict ensues soon and Kate takes flight. Eventually, Solvej hits the road for a purpose that keeps changing. Both Solvej and Kate understands that life can offer more if they are ready to accept its possibilities. Rich colors brighten the frames once Solvej leaves Viborg. In one of the opening images, we see Solvej in profile with dim beach scene wallpaper in the background. Miss Viborg ends at a sunny beach, signalling that all’s well despite the social constraints and unexpected setbacks in life.

This is a sweet little film about two rootless individuals reconciling with their life. Solvej is nearly liberated from the burdens of her past. Kate finds her foot in the present. There has been a growing genre of fiction about old people in Scandinavian literature. Frederik Backman (‘A Man Called Ove’, ‘Britt-Marie Was Here’) and Jonas Jonasson (‘The Hundred Year Old Man Who Climbed Out of the Window and Disappeared’) immediately comes to mind, which is a sort of trailblazing observation of ordinary people laced with comedy. Such stories involving an individual from a marginalized group can easily be reduced by stereotyping and exotification, if not handled well. 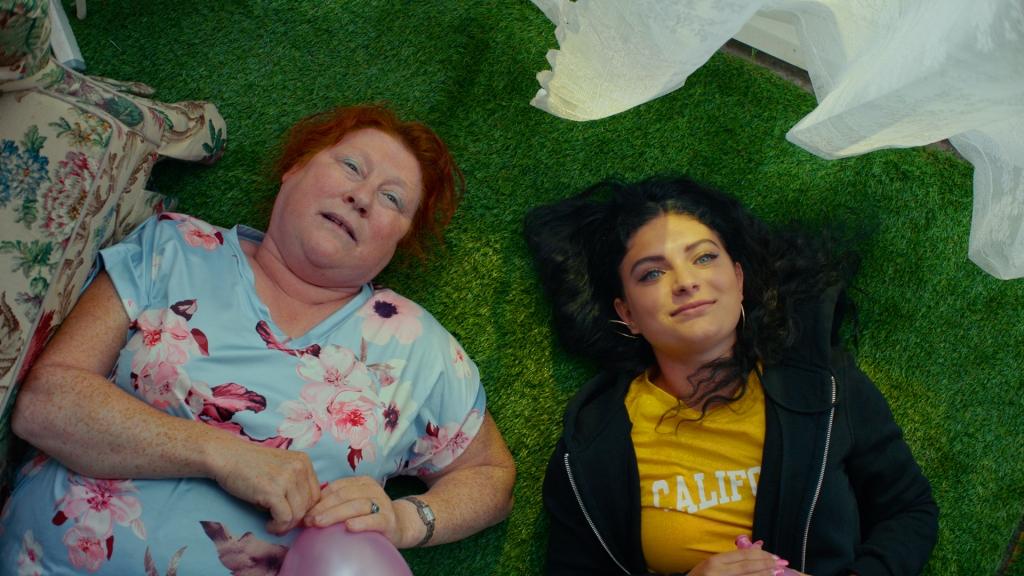 Similarly, writer/director Marianne Blicher treats her characters with respect and dignity. Solvej moving in her moped in another film could be minimized into an image of droll humor. Here Blicher politely observes the daily humiliations of Solvej alongside her isolation weighed down by losses. More importantly, she slowly guides Solvej to grasp that there’s more to life than nursing the broken past; that she can really be alive in the present too. The humor is more elegantly intertwined and not directed towards the ones considered marginal. Ragnhild Kaasgaard is an actress who mostly worked in children’s theater. And this is probably her first film acting credit. She offers a highly nuanced performance as Solvej.

Miss Viborg does follow a very familiar trajectory within its three-act structure. Yet it doesn’t dampen the movie experience. It could have been turned into something mushy. However, Blicher mixes humor with compassion in the right proportions to concoct this hopeful tale of alliance between the young and the old.

Miss Viborg was screened at the 2022 Goteborg International Film Festival

Ferroequinology [2022] 'Slamdance' Review: A Meditative Documentary that Embraces the Mundane