Reboot (Season 1) Episode 6, “Bewitched”: With every coming episode, Reboot is going further in building the character dynamics while managing to insert humor without a miss. Created by Steven Levitan, the new series is an exhilarating attempt at reinventing the tropes prevalent in American sitcoms while being relentlessly amusing. It’s a sheer joy to experience a well-written joke being performed with an equal amount of efficiency and timely delivery. Rachel Bloom, Paul Reiser, Keegan-Michael Key, and Judy Greer, besides the other actors, are in great form to bring the well-written episode come alive for us. Streaming on Hulu, it’s a series worth checking out if you wish to write a comedy on your own.

The 6th episode of Reboot, titled ‘Bewitched,’ works on different relationship dynamics while being truthful to how characters grow and evolve as individuals. Reed Sterling (Keegan-Michael Key) gets into an elevator along with a family that is a fan of his older show – Step Right Up. During their chat, they mention that his co-star Bree Marie Jensen (Judy Greer) is staying at the same hotel. He gets surprised by it since it was news to him. That’s when he gets a call from his intellectual girlfriend from New York, who casually uses obscenities while mentioning her recent interaction. The parents tell their kid that she is from New York, making her speak like that, almost as if it’s an illness to live there! 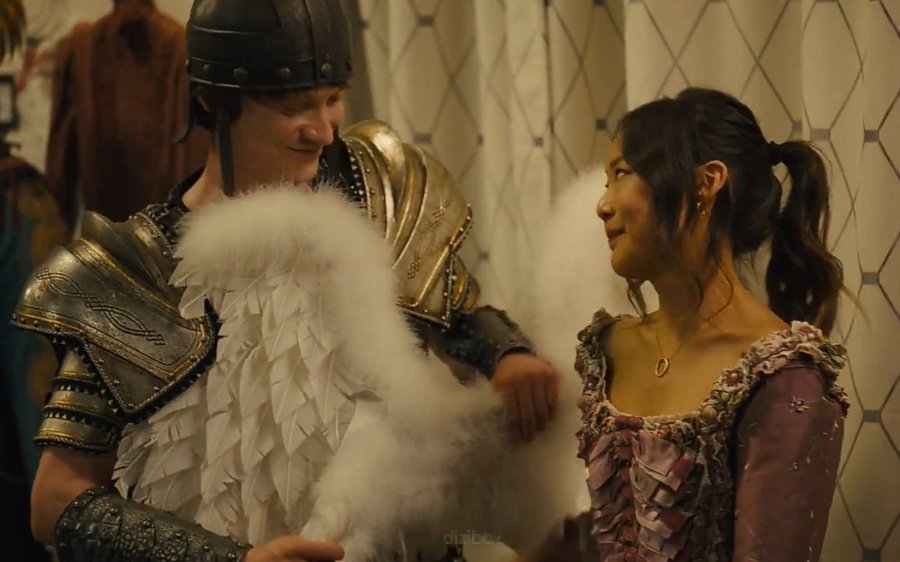 When Reed finally enters the hotel, he finds Bree sitting in the cafeteria. Since he was still speaking with his girlfriend, he tried to explain Bree was also staying at the same place and that he had no prior knowledge of it. However, Bree makes it harder for him to keep a secret since she keeps debunking every claim he tries to make about their emotional distance. When he finally meets her, she invites him to play a game they used to, where they try to guess who the people around them are without speaking even a word. She seems interested in it, whereas he does not want to indulge in this judgmental game because he thinks he is more mature than that and because he fears it would lead them to become closer the way they were in the past. She still goes on to guess the identities of two men along with an older woman, and he somehow ends up joining her in it for a bit. Yet, the moment he is walking on the same slippery slope, he reverts doing so.

Meanwhile, at the office, Hannah (Rachel Bloom) walks out of her cabin with the show’s HR executive – Mallory (Stephanie Allynne). She laughs giddily, and it becomes evident that Mallory’s charm smites her. Her father – Gordon (Paul Reiser), mentions how her attraction towards this HR personnel is obvious when she tries shrugging it off. She says the reason for speaking with Mallory was to understand whether asking a co-worker on a date is allowed on their sets. Gordon jokes that she can use the insight for herself if she wishes to date Mallory.

Clay (Johnny Knoxville) rehearses a stunt for an upcoming shoot. He decides to apologize to the director – Jerry (Lawrence Pressman), for coming to the set drunk, stoned, or in some way impossible to work. He does it because of the AA meeting he is a part of, which advised him to make amends to those he had hurt in the past. However, Jerry does not heed his apology since it appears insincere to him. He also insults Clay for being a bad actor and not respecting the better material that he had worked for him.

Meanwhile, Hannah comes to the stage to tell Zack (Calum Worthy) the HR policy about dating, where he can ask someone out only once, and in case he asks the person for the second time despite them turning him down, it would be considered harassment. Later, when Elaine Kim (Krista Marie Yu) comes to the stage, he tries asking her out on a movie date for Pulp Fiction’s screening. But it embarrasses him since he can’t finish his proposal for having been pulled over by a string for the stunt he is supposed to perform.

At the hotel, when Bree tries to bring up the subject of judging the three suspicious guests, Reed mentions the reason why he doesn’t want to indulge since they played this game when they used to go out on vacations, which can bring back all those memories. He does not wish to dishonor his commitment to his present girlfriend. Meanwhile, Gordon mentions to the writer’s room his hunch of Hannah having a crush on Mallory. The writers blame his disappearance during her formative years as being the reason for her being avoidant towards her desires. So, he decides to work on it now.

When Hannah reaches the room, she finds Mallory also sitting there. Writers ask her all sorts of questions trying to understand whether these things are appropriate in their workspace. Hannah takes Gordon out of the room and mentions how she understands what he is trying to do. He urges her to consider asking Mallory out on a date and not miss out on such great opportunities at her age. Meanwhile, Reed starts getting into the groove of the judgmental game and gets friendly with Bree in trying to decipher their nationalities besides their relationship with one another. The interaction keeps being on the edge of turning into something romantic.

Does Hannah manage to ask Mallory out on a date? 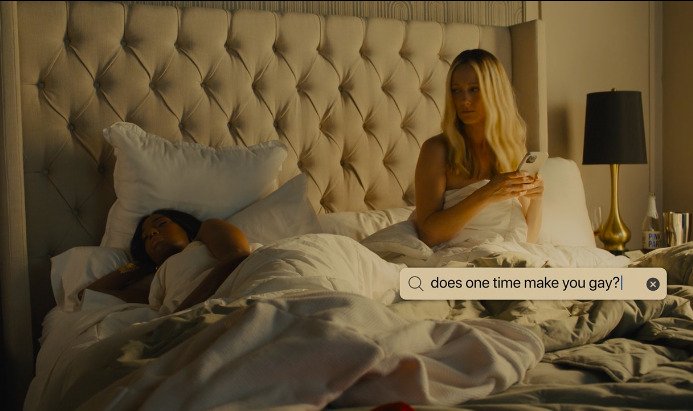 Hannah musters some confidence to ask Mallory out on a date. She tells her that she has something to ask her and that she has permission to ask only once. Mallory instantly understands and notes how she would love to go out on a date with her. She realizes that the writer’s room knew about this and mentions that all of them would be happy knowing this good news. Meanwhile, Zack also goes out to ask Elaine out on a date. He mentions that before when he was saying the Pulp Fiction screening, he meant them going there on a date with her. Sadly, she refuses his proposal.

She mentions it not because she is not interested but because it would give her a certain rep for dating a star in her first job itself, which would be harmful to her career. Being Asian and female, it would be even more difficult to escape this reputation, considered as negative gossip in their circle. On the sets, Clay apologizes to Jerry yet again. Only this time, it appears to be a sincere apology for his actions. Jerry accepts it while making fun of him, realizing it is genuine since he is not a good actor! At night, Bree and Reed decide to have dinner together. But when she walks towards the restaurant, she sees him speaking with his girlfriend with genuine interest. She decides not to play around with his emotions anymore and cancels their dinner together. That comes across as a pleasant surprise for him.

Meanwhile, they see the three suspicious people being arrested and taken away by the police. They revel in laughter borne out of friendship and not romance. They seem to have gotten over their old spark. Conversely, when Zack shows up at the Pulp Fiction screening, suited up like Vincent Vega, Elaine also shows up all suited up and surprises him. She mentions it as a coincidence that they found each other there in a wink-wink fashion. She decides to go along with her joy and not control her desires for her ambition. One of the crew members – Dennis (Ryan Dietz)- is sitting right behind them. It would be great to see how their relationship works out in the following episodes and how the other factors come into play.

Where to watch Reboot (Season 1) Episode 6